YATESVILLE, Pa. — Police say a school employee in the Pittston Area School District and campaign manager for school board members distributed the personal... 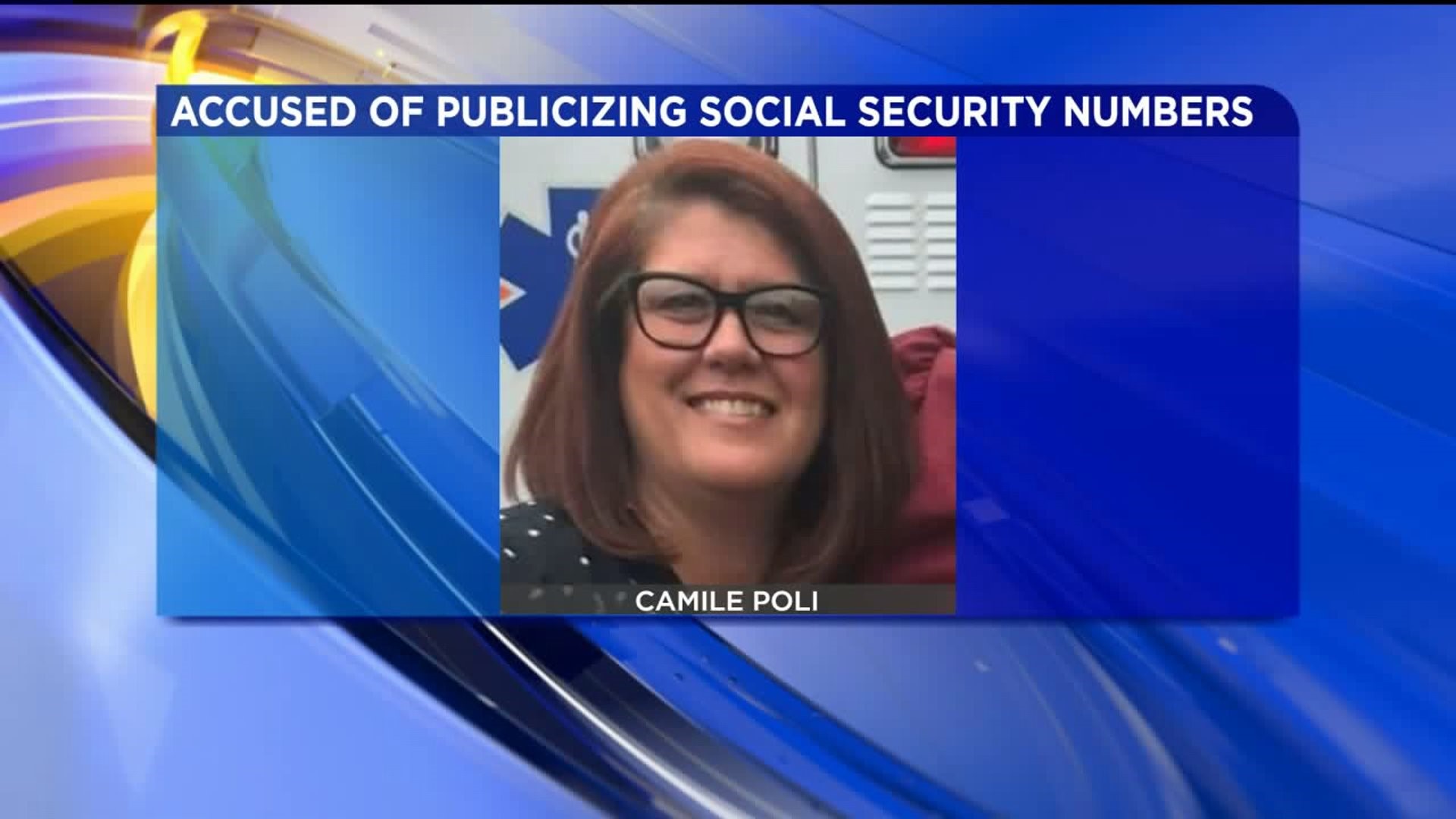 YATESVILLE, Pa. -- Police say a school employee in the Pittston Area School District and campaign manager for school board members distributed the personal information of more than 20 school officials.

Victims said it's all because of who they were supporting in the upcoming school board election.

Police have cited Camile Poli, 55, of Hughestown. She is a teacher's aide and a campaign manager for Chuck Jones, John Lombardo, and Maria O'Boyle in the upcoming school board race.

Now,  she is facing 25 summary offenses for distributing pamphlets at school meetings containing the Social Security information of 24 school officials. Police say she made more than 1,000 copies.

James O'Brien is a victim in this case. Victims Newswatch 16 spoke to said they were targeted because they weren't supporting Poli's candidates.

"I'm not the only one that was violated. There was 23 other individuals that this information was passed around to people for political gain," O'Brien said.

Police said the pamphlet Poli was handing out also included information about how much money these 24 school officials were making through retroactive pay.

Police have not cited the three candidates who Poli is working for and do not believe they were involved in the leaking of this personal information.

"You're constantly thinking in the back of your mind that your financial background was compromised. So hopefully this all gets worked out," O'Brien said.

The school district is now hoping insurance will cover the cost of identity protection for all 24 victims.

"They set us up with True Identity. Hopefully to block anybody to access our credit, so hopefully, that works," O'Brien said.

Newswatch 16 reached out to Poli for a comment and has not heard back.

The superintendent says Poli is currently on leave and has not been back to the school.

"It's a colleague of ours. You feel like you're family with everybody and for somebody to cross the line and do something like this. All they really had to do was fill a Right to Know out and they would have gotten that information and social security numbers would never have been on there," O'Brien said.

Court officials tell Newswatch 16 Poli could be facing up to $125,000 in fines because of these charges.

Jones, Lombardo, and O'Boyle sent Newswatch 16 a statement in response to this story:

"The Implications made are part of a political witch-hunt, perpetrated six days prior to the Election in order to make our motives and reputation suspect. We as a ticket have spoken out against these types of actions on numerous occasions over the course of our campaign. These are clear and politically motivated bully tactics used in order (to) hurt our campaign, malign our reputations, and prevent positive changes from occurring at Pittston Area."