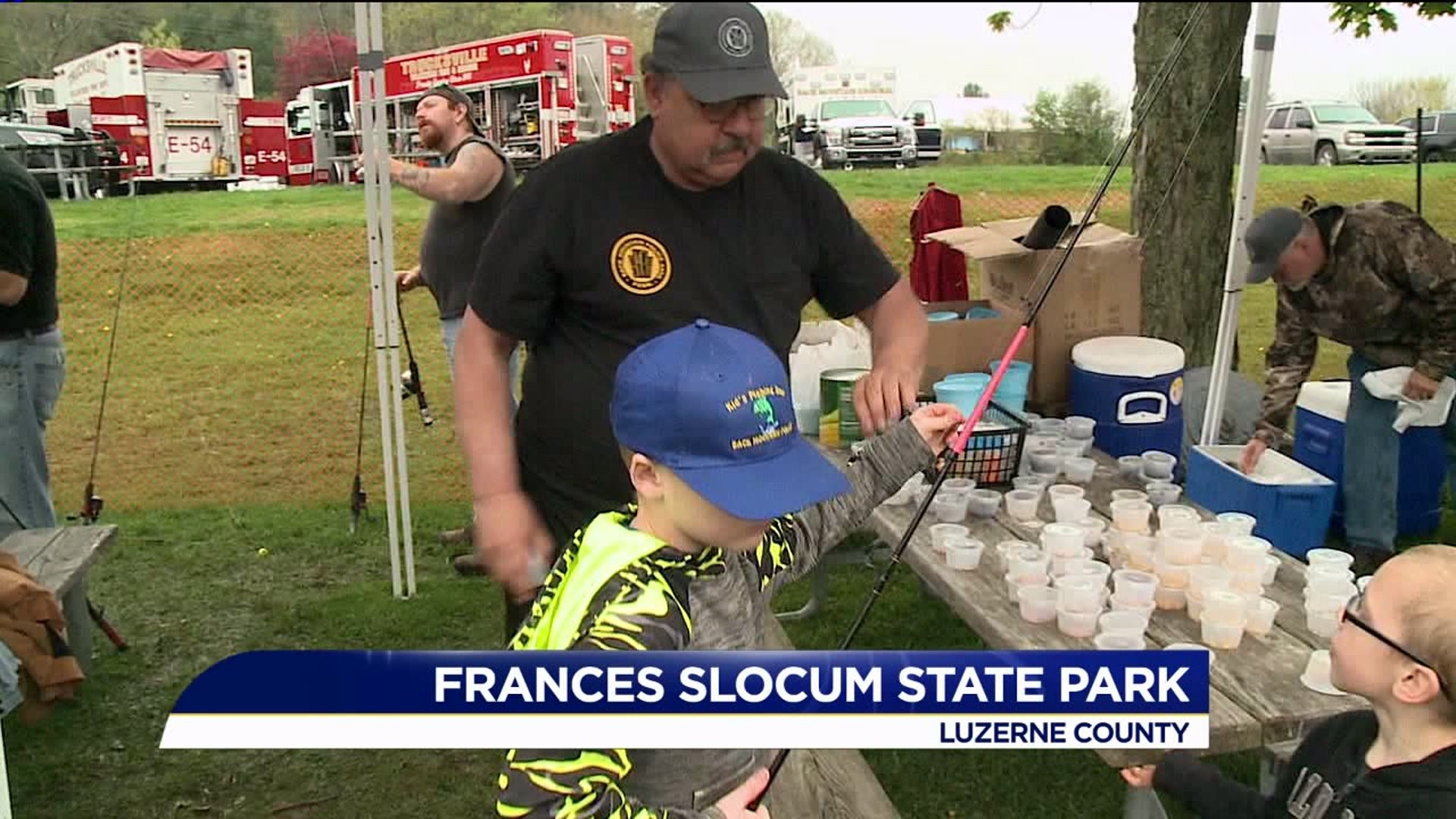 "Fishing, caught a pretty big fish. Got three of them. Pretty hard to get a lot," said Brayden Lee of Plains.

"So I went here to fish and then I caught this, he's really really icky feeling," said Kevin Bordow of Kingston.

This is the 13th year for the event. Organizers say the fishing competition, that brings children and emergency responders together, has grown each year.

"Crazy, honestly. I was here four years ago or actually five I haven't been here since. I only caught a fish that was like this long, it was super tiny and now catching this gigantic thing. It's super fun," said Patrick Bradshaw.

Organizers tell Newswatch 16 they started this event more than a decade ago as a way for children to feel more comfortable with law enforcement and emergency responders in their neighborhood.

"That was our first goal was to get kids to interact with uniformed officers at this Kid's Fishing Day so that they get the idea that the officers are there to help them. They don't have to be afraid of them," said Ross Piazza of the Back Mountain Police Association.

"They've always had a respect for people in uniform but I think this was a totally different level to not just see them patrolling the communities in their cars or off on the side of the road, but for them to actually talk to them and interact, or what do you like about fishing and what's the favorite part of your job and things like that," said Cara Nolan of Shavertown.

Current and former police officers and firefighters helped kids catch some keepers at the state park. Kids tell us the event more than serves its purpose.

"It's like, I get to see them and like, they help us and some of the kids here you get to like know them," said Kenya Sessoms.

"Police officers are here right now so they can protect us and if anything bad happens like if you get a hook stuck in you, or if a bad guy comes along they can take care of it. They're pretty nice people," said Merrit Nash.