ASHLEY, Pa. — Ashley police officer Mark Icker now sits behind bars after a second woman has come forward saying he had sex with her after a traffic stop ... 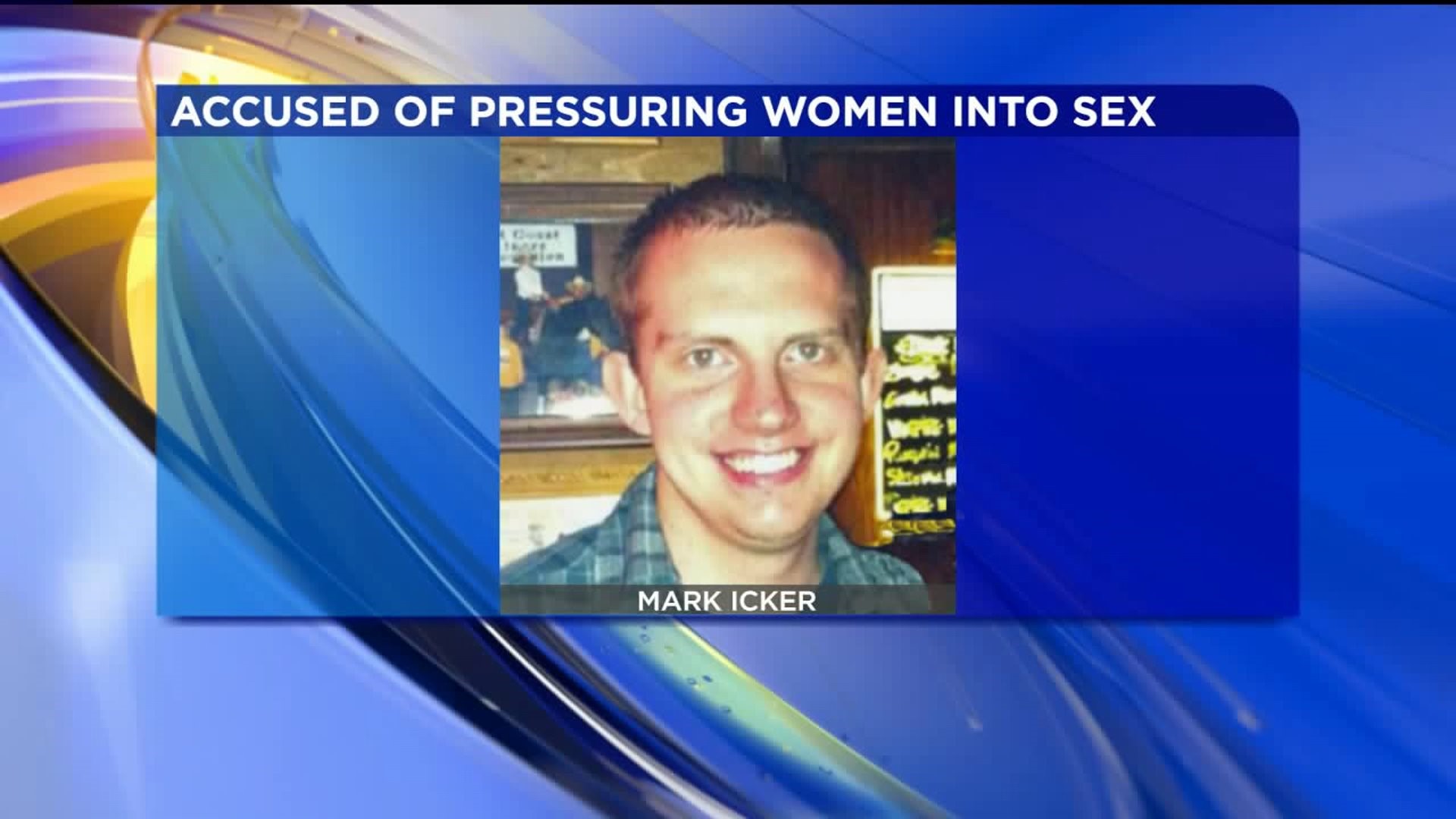 ASHLEY, Pa. -- Ashley police officer Mark Icker now sits behind bars after a second woman has come forward saying he had sex with her after a traffic stop in Luzerne County.

It's the second time this week the now-suspended officer has been accused of trading sex to let women off the hook.

"Everyone makes mistakes or does something stupid but just to keep repeating it, that's asinine. Sorry, it is dumb," said Mike Kissolovege.

"Law enforcement was at one point the authority, you could respect and trust. Unfortunately, this scenario, this situation takes away from that," said Carol Fleming.

Detectives say the officer pulled a woman over earlier this month for a suspected DUI and the two had sex.

The alleged victim was let go without charges.

Then a second woman came forward claiming she had a similar experience with Icker in Ashley. That's when Icker was arrested again and a judge set bail at $1 million.

Court papers show that when Icker pulled the victim over, he searched her car without consent. He then placed her in the back of the police car and then took her to the Ashley borough police department.

"You think that all bad guys are in the scary alleys but all of a sudden, you get pulled over and in an awful situation that you can't win," said Kissolovege.

"I am just very surprised that someone would think he would get away with it. This woman, she is going to prosecute," said Fleming.

"You cannot hide behind the gun and the badge. You just can't do it, and anybody that thinks they can, needs to be fired or put in jail," said Fleming.

Officer Mark Icker is still locked up in Luzerne County.

He's suspended without pay until there's an outcome in his cases.