SUGARLOAF TOWNSHIP, Pa. — Police in Luzerne County have a warning after several reports of crooks posing as water company workers to get inside homes. The... 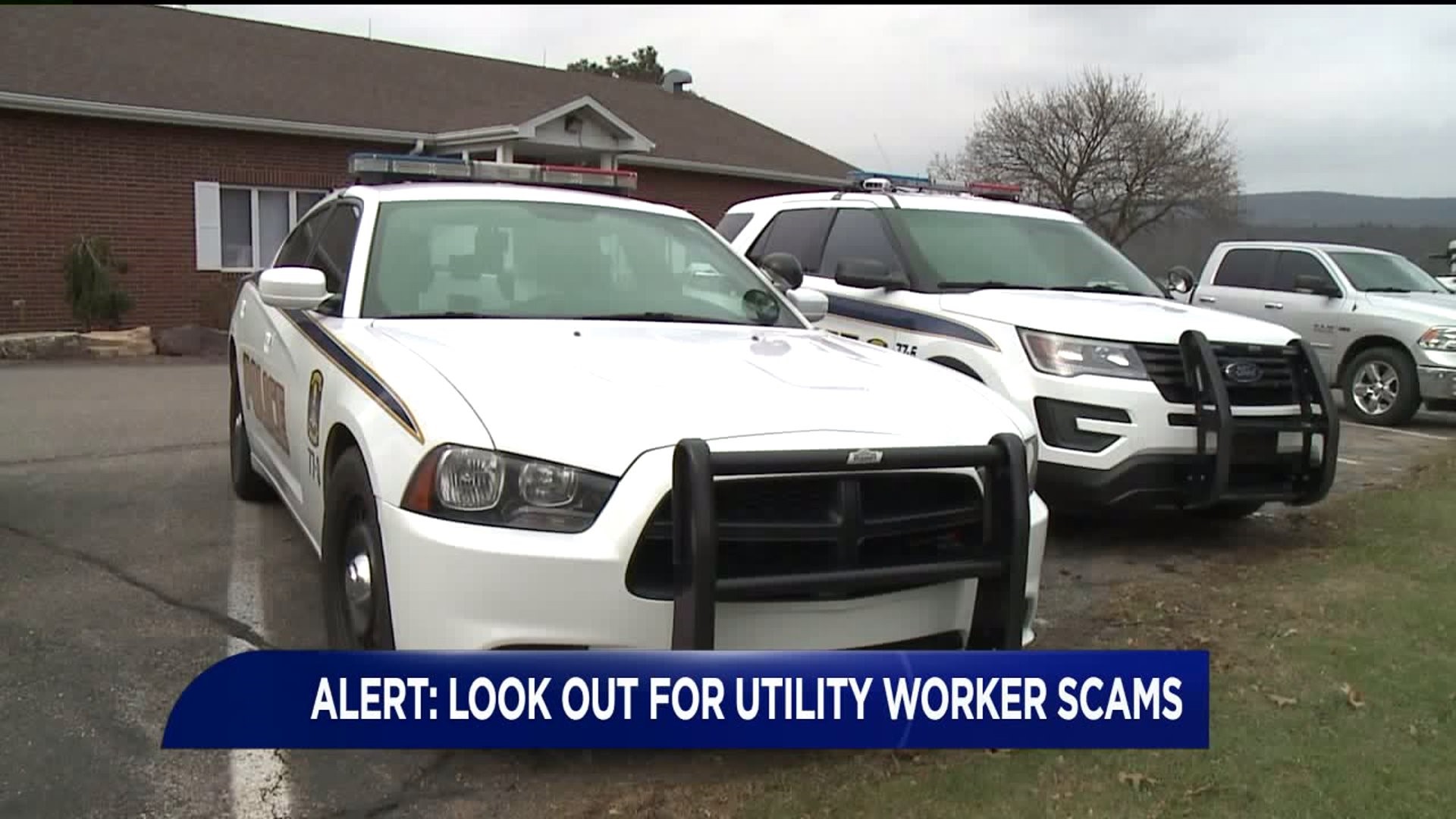 SUGARLOAF TOWNSHIP, Pa. -- Police in Luzerne County have a warning after several reports of crooks posing as water company workers to get inside homes.

Sugarloaf Township police are looking for two men they say posed as water company workers to gain access into a home in the township.

"It's a shame and the people they take advantage of are usually senior citizens and that's really a shame on fixed incomes," Kate Zambotti said.

The Sugarloaf Township police chief says the men pretended to inspect the home while they made off with items. They have not been arrested.

The chief wants the public to be on the lookout for these types of crimes.

"If somebody is coming to your house to check utilities or electricity or anything, you're going to get notice," said Sugarloaf Township Police Chief Josh Winters.

The people Newswatch 16 spoke with say the best way to prevent something like this from happening to you is to make sure the people you let into your home are who they say they are.

"I would ask for identification, first of all, and not take the lock off the door until I saw," Zambotti said.

"If the people like to come and want to rob me, they're welcome to come in because I like to get rid of you people," James Sieverski said.

Police also say you should make sure the utility workers can verify the name and number of their supervisor. They should also be in a marked work vehicle.

The chief says the suspects in this incident were driving an unmarked white smaller SUV.

"Just seems like that's just another avenue it's just trending towards, you know? These people have nothing better to do with their lives then this is their job is to rob people that are working," the chief said.

Similar incidents have happened in other parts of Luzerne County, including Forty Fort, Hazleton, and West Pittston.

If you have any information about these men, you're asked to give them a call.