WILKES-BARRE TOWNSHIP, Pa. — Police in Luzerne County are trying to bust what they believe may be a counterfeit money ring. They made arrests over the wee... 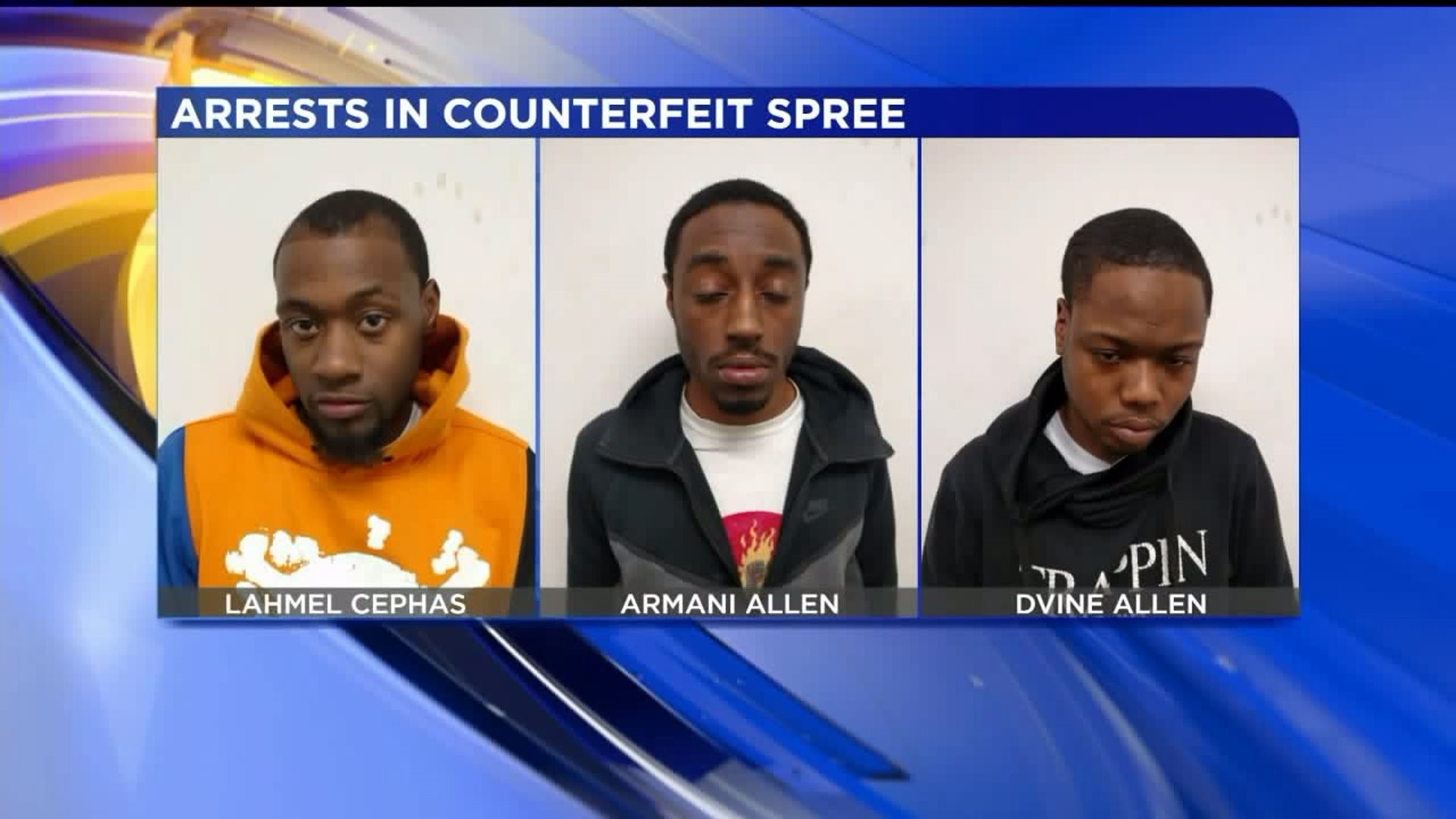 WILKES-BARRE TOWNSHIP, Pa. -- Police in Luzerne County are trying to bust what they believe may be a counterfeit money ring. They made arrests over the weekend.

The suspects were busted buying electronics from a video game store in Wilkes-Barre Township.

Police say since they've made arrests, other police departments have come forward saying the same suspects have been using the fake cash in their area.

Police displayed thousands of dollars in $20 bills. A closer look reveals all of this so-called money is worthless.

Wilkes-Barre Township Police are investigating several reports of counterfeit money being distributed at businesses in the area. Officers have made arrests, but want the public to come forward with any information they may have about the bills. @WNEP pic.twitter.com/OAvZfSz1Al

"Very scary. These are some of the best $20 that I have ever come across," said one officer.

We spoke with an undercover officer with the department's special investigations unit.

"The only way to tell that these are counterfeit is the color change 20 in the bottom right-hand corner of the bill does not color change. It will pass a counterfeit pen test."

The police department has three suspects in the case -- Lahmel Cephas of Wilkes-Barre and Armani Allen and Dvine Allen, who are both from Brooklyn, New York.

The men were charged after they tried to use more than $600 of the fake bills at a video game store in the township over the weekend.

We spoke with people shopping in the area.

"It's been going on for years now, but it's getting a lot worse where people are using more high-value dollar bills," said Stephen Wasilewski.

Now, investigators from several law enforcement agencies in our area are looking into whether these bills were used anywhere else.

Wilkes-Barre Township police confirm the men used the fake bills at other businesses and a gas station near Wilkes-Barre recently.

"Numerous. We did bring the Secret Service in to assist in the investigation. They're looking at possibly taking this federally. That's why we're hoping to get the message out there that these guys have been passing these bills for quite some time so that I can give it to the Secret Service and the Secret Service can put a case together against this counterfeit ring."

Two of the suspects have been arrested while charges are still pending against the third.

If you have any information about these counterfeit bills, you're asked to contact the Wilkes-Barre Township Police Department.