HANOVER TOWNSHIP, Pa. —  Just before 10 p.m. Saturday police were called to the old Carey Avenue Bridge in Hanover Township for a report of a crash involv... 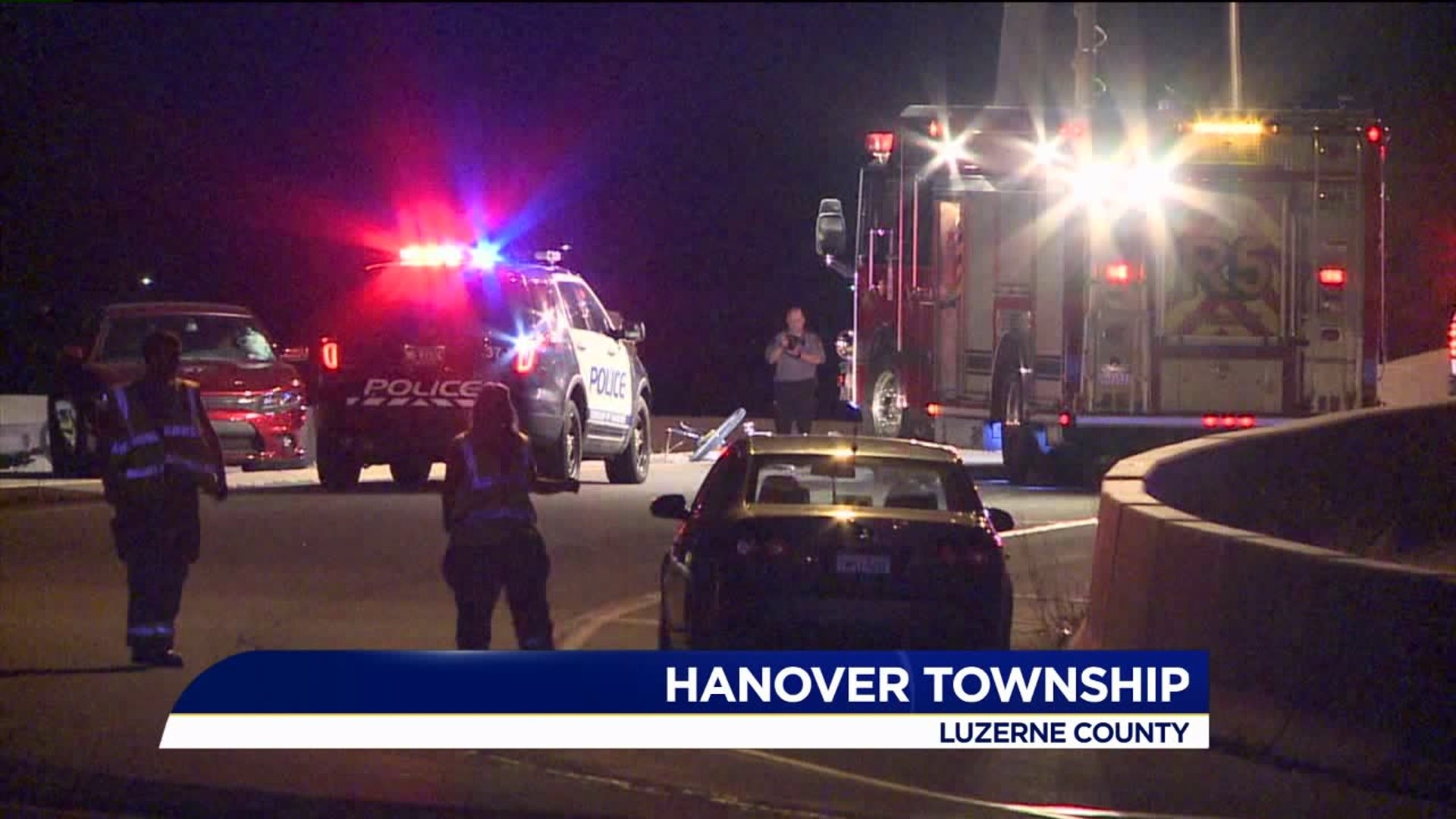 HANOVER TOWNSHIP, Pa. --  Just before 10 p.m. Saturday police were called to the old Carey Avenue Bridge in Hanover Township for a report of a crash involving a car and someone on a bicycle.

Authorities tell Newswatch16 two drivers involved in the crash are okay, but a male under the age of 18 from Wilkes-Barre was flown to the hospital. No word on his identity or condition.

"It's heartbreaking, you know? I mean there's a poor guy, he's just trying to go from point A to point B and you know one thing led to another," said Garrett Sirak of Hunlock Creek.

The bridge remained closed overnight as police in Hanover Township tried to determine what happened.

Investigators brought in state troopers to reconstruct the crash. Troopers took photos of a damaged car and a mangled bicycle in the roadway.

All that remains of the crash are markings from the troopers' reconstruction.

People who travel on this bridge regularly say the families of those involved in the crash are in their thoughts.

"It's hard for them not to be, you know like, I mean like I said just trying to go somewhere and then because someone's not paying attention. I can only imagine what that has to feel like," said Sirak.

Investigators are asking anyone with information about what happened on the bridge overnight, to please contact police in Hanover Township.