A neighborhood in Wilkes-Barre is in mourning after the deadly shooting of a teenager Thursday night who was walking along a city street. Friends and family of ... 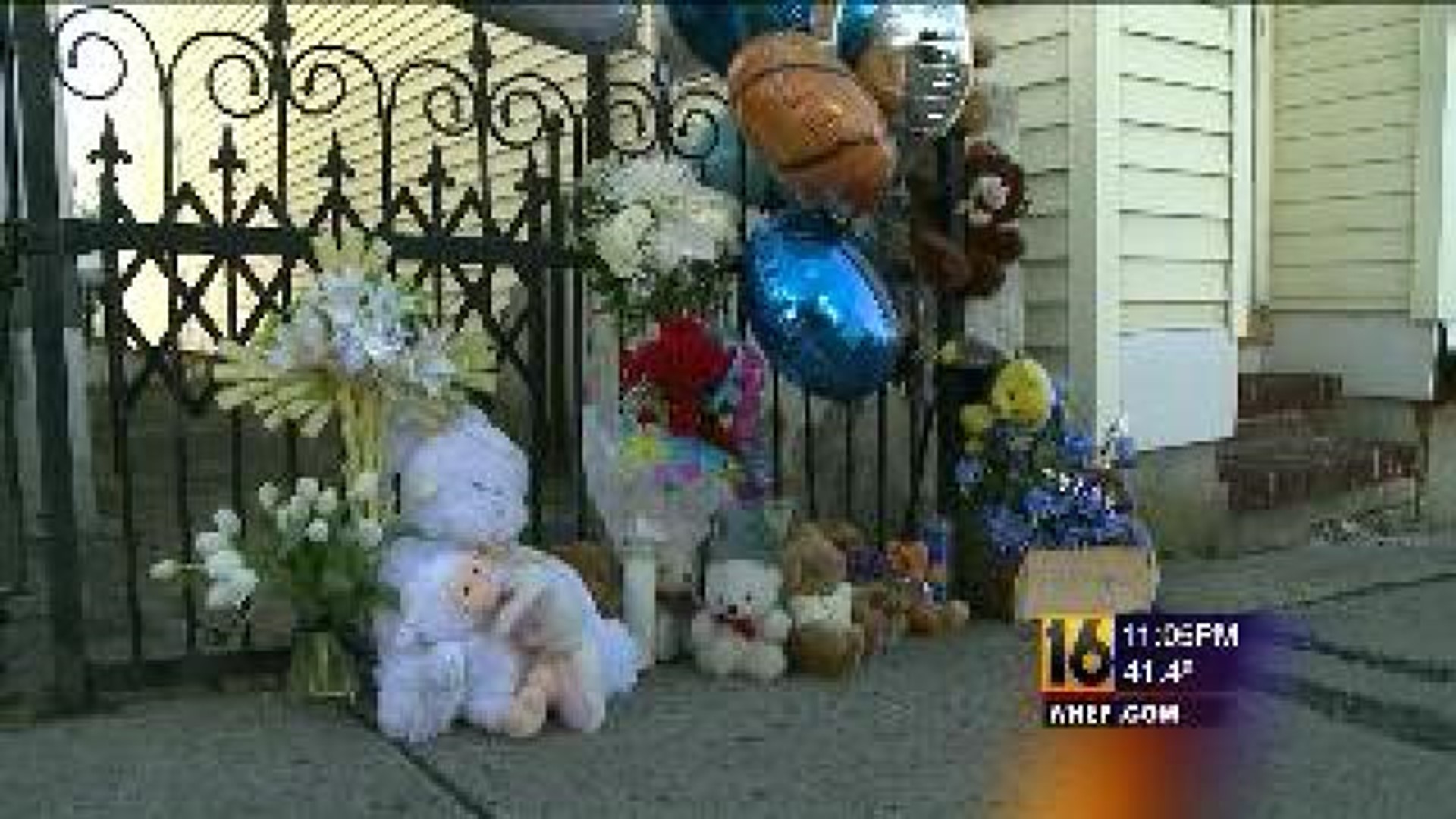 A neighborhood in Wilkes-Barre is in mourning after the deadly shooting of a teenager Thursday night who was walking along a city street.

Friends and family of 14-year-old Tyler Winstead simply want to know why an unarmed, 100 pound honor student who they said never got into trouble was taken away from them so suddenly, so violently.

Flowers, balloons and candles mark the spot on Hill Street in Wilkes-Barre where someone gunned down Tyler Winstead.

Police said the teen was walking home with a friend after playing basketball at a youth center earlier in the evening when someone shot him once in the chest. He died a short time later.

Winstead lived with his grandparents and his five brothers and sisters.

"Good kid, there's nothing else I can say. He was a good kid, period.  He wasn't hanging on the street. He wasn't. He wasn't," said grandmother Carol Golden. "The friend that he was with, the cops told him to leave town, to go away for a while, to lay low because he say the guy that shot him so they are afraid they are going to come back for him."

Newswatch 16 asked police if they actually wanted Winstead's friend, but they would not comment.

The boy's friends and family members said he never got into trouble, made the honor roll at GAR Junior High School, sang in a church choir and loved playing basketball and video games.

"I was shocked, I was shocked, normally I would be looking out of my window. I live right here, right in front of him and I'm always in that window and for some reason, I wasn't in the window that night. The strange part if both of my windows are open, I didn't hear no shots, I look immediatly out of the window, I didn't see anything. nothing, nothing, it was quiet," said Annie Bryant of Wilkes-Barre.

Miguel Diaz lives only a few feet from where Tyler collapsed on the street.

"He was playing basketball with the kids over there yesterday. He was happy and today he's history, you know?" Diaz said.

Neighbor Glenn Thomas called Winstead a good kid who never started trouble.  "I can't believe it.  I am in shock still. I can't believe it.  It's this close to home.  A lot of people say you never expect things like this where you live at and this is the quietest street in Wilkes-Barre," Thomas said.

Miriam Luciano's son was friends with Winstead. She said the violence needs to end.

Police are still looking for a maroon colored older model Ford Taurus. They believe the shooter is a black male, about 5' 10", with a light beard.

Police are still not saying what may have led to the deadly shooting.

Many young people who went to school with Tyler Winstead in that neighborhood said they too afraid to comment about his death and are hoping for a quick arrest.

Anyone with information about the deadly shooting is asked to contact the Wilkes-Barre Police Department.