HAZLE TOWNSHIP, Pa. – There was a somber anniversary taking place on Friday night. It has been years since state trooper Joshua Miller was killed while tr... 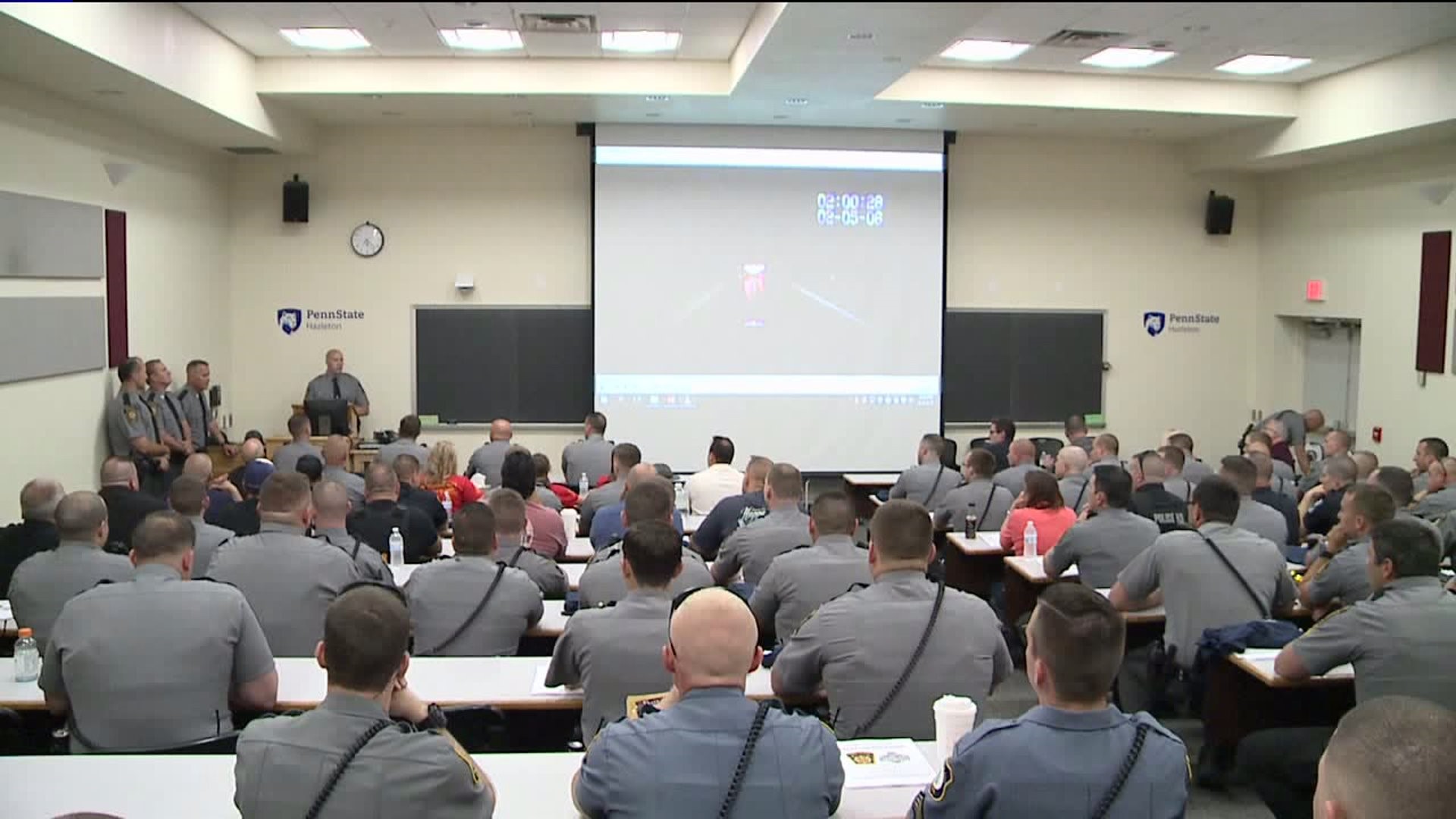 HAZLE TOWNSHIP, Pa. - There was a somber anniversary taking place on Friday night. It has been years since state trooper Joshua Miller was killed while trying to rescue a boy who was kidnapped.

State police are remembering trooper Miller's courage and work ethic at a special DUI training session in his honor.

On June 7th, 2009, Josh Miller told his wife he'd be home late because he wanted to make two more DUI arrests before he came home. However, unfortunately, his shift didn't end that way.

"That was the beginning of my life changing forever when I stepped through those hospital doors, life was not the same and it hasn't been a day since," Josh's wife, Anglea Miller said.

On the 10 year anniversary of his death, police are remembering the tenacious trooper at a DUI enforcement training with 93 officers present.

After the training, those officers are sent out for Operation Nighthawk - an initiative to crack down on impaired drivers.

Trooper Miller was extremely passionate about getting impaired drivers off the roads. A video at the presentation showed Miller kicking through a DUI suspect's window and pulling the suspect out of the car to make an arrest.

"Go out tonight, get some. Get some, get a couple, be late coming home because you're going to get two new DUIs before you leave," Angela Miller told the crowd.

Troopers are taking what they learned from the DUI enforcement class and hitting the streets for the next two days with an aggressive patrol.

"They're out until 4 a.m. but really it's a crackdown. It's to send a message that we don't tolerate impaired driving and we want the roads to be safe to travel on," Troop N Community Service Officer Anthony Petroski said.

State police even presented the first ever Joshua Miller award, given to a trooper who exemplifies the leadership and courage Josh exuded on the job.

The honor was given to trooper Michael Thomas of the Dunmore Barracks. He had 96 DUI arrests last year. Something Josh would be very proud of.