Police: Girl Attacked at a Park in Wilkes-Barre

WILKES-BARRE — A girl was attacked Monday evening in Kirby Park in Wilkes-Barre. Police said the girl, who is under 18, told them that a man sexually assa... 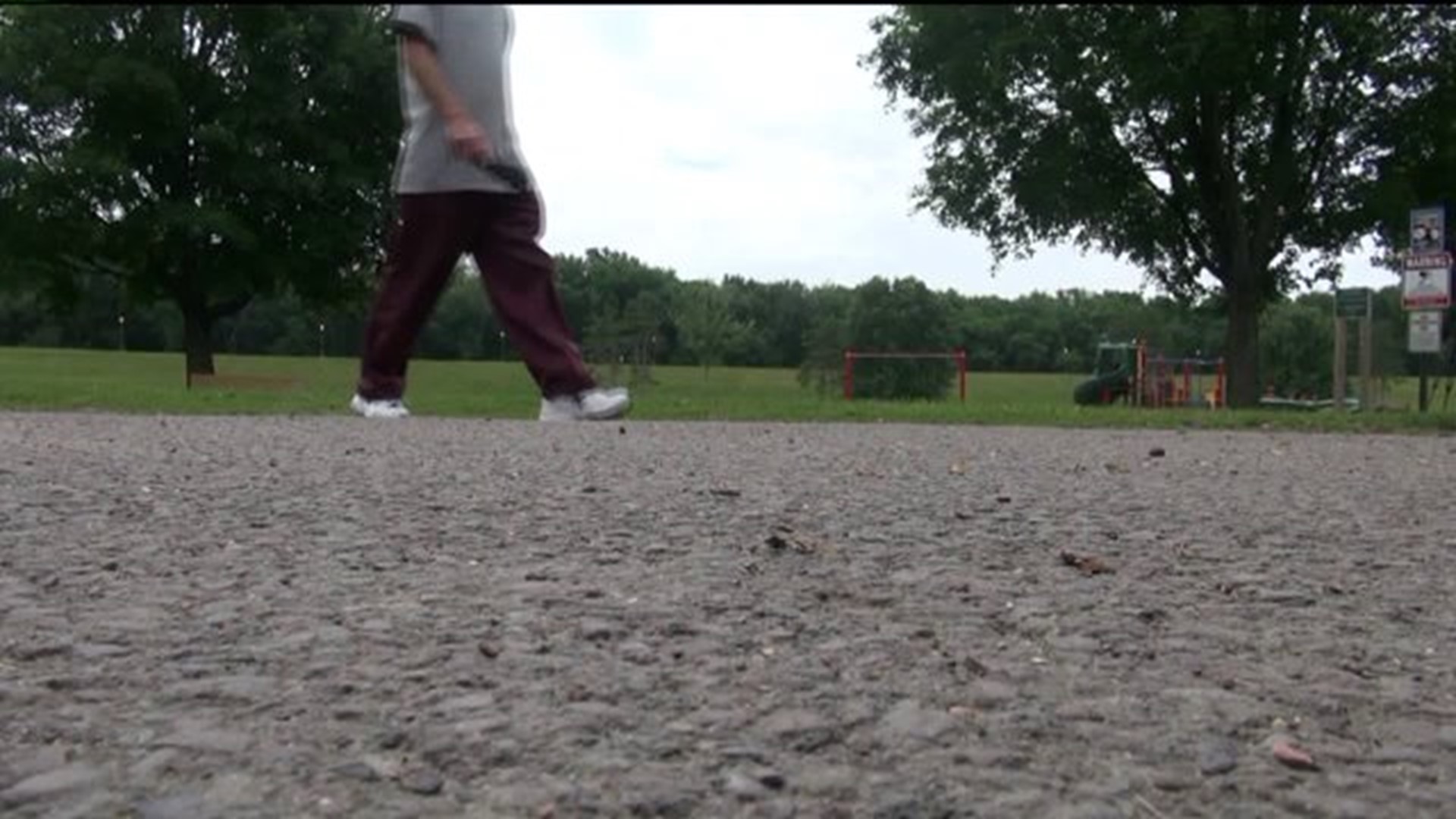 WILKES-BARRE -- A girl was attacked Monday evening in Kirby Park in Wilkes-Barre.

Police said the girl, who is under 18, told them that a man sexually assaulted her around 5 p.m., dragging her into the woods near the Market Street Bridge, telling her not to tell anyone.

"It's scary because I've come down here at five and walked around and you just never know," said Rich Karlotski of Plymouth.

Karlotski said he plays ball at Kirby Park a couple times a week.

"Out of 100 guys, you're going to have 99 that are good and you're always going to have that one that's not doing the right thing," said Karlotski.

"It's terrible. Kids can't even come to the park anymore," said Darlene Brejcak of Jenkins Township.

Police patrolled the area where the alleged assault occurred, looking for the suspect, but some people said there needs to be more security at Kirby Park.

"Undercover people on bicycles. I mean, that was terrible that happened at around five o'clock. I mean, my goodness. It's still daytime," Brejcak said.

Christopher Loeffler of Pittston has two teenage daughters and said he has a lot of rules when they leave the house.

"Make sure you let me know where you are, how long you're going to be gone, who you're going with, and what time to check in," Loeffler said.

Loeffler said he can't believe a girl was attacked in such a popular public place.

"Take advantage of little kids like that, that's not right."

Officers said the man who attacked the girl in Luzerne County has dirty blonde hair and is missing teeth. He also had a pink bag and a red bicycle. Anyone with any information is asked to call police in Wilkes-Barre.