EXETER, Pa. — A man driving the cab of a tractor trailer smashed into a parked car in Luzerne County. Police say the driver, Franklin Pitts, 55, was drunk... 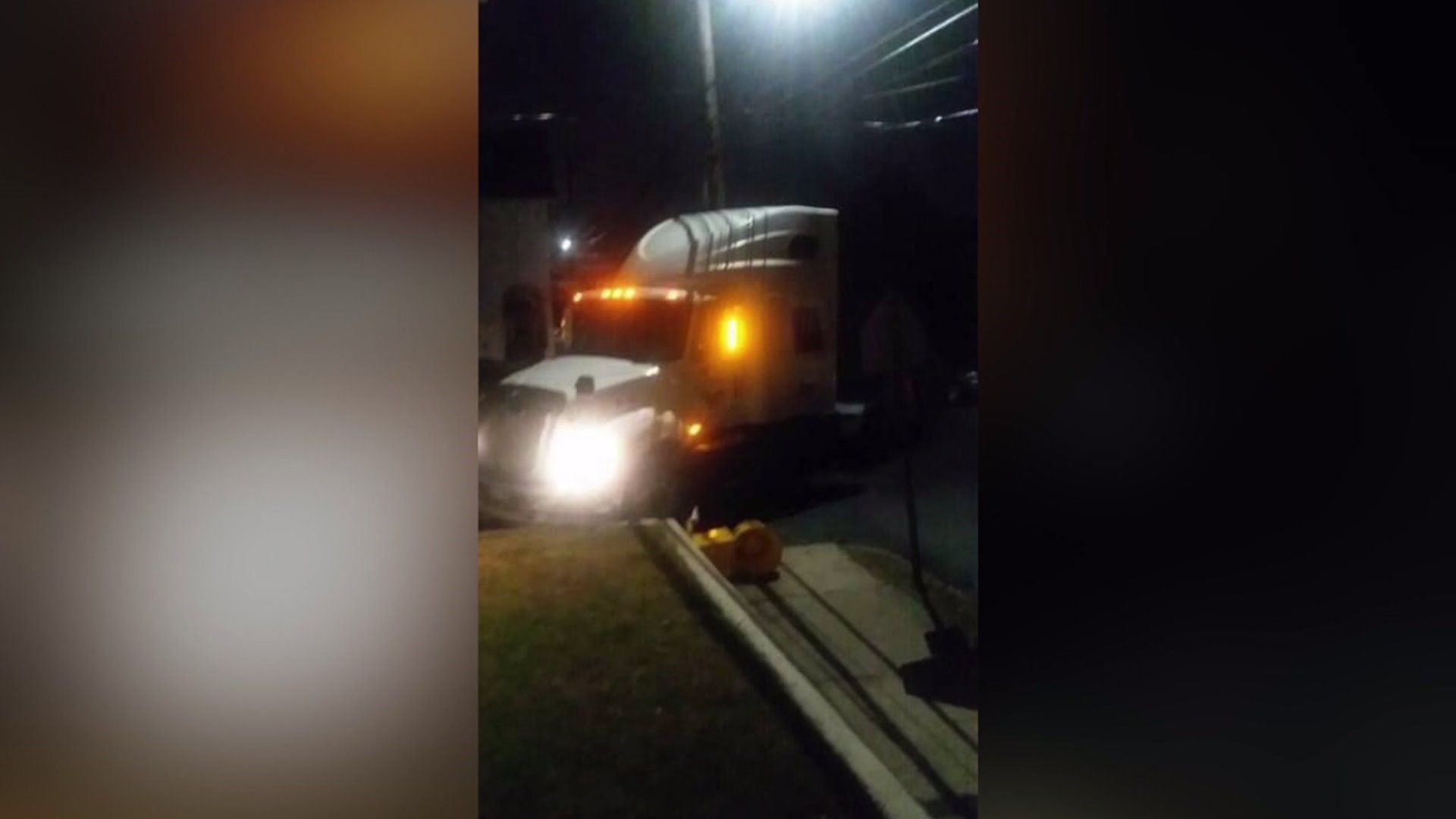 EXETER, Pa. -- A man driving the cab of a tractor trailer smashed into a parked car in Luzerne County.

Police say the driver, Franklin Pitts, 55, was drunk and had two babies in the vehicle as he tried to escape in Exeter.

Officers say the couple was trying to get away after hitting a parked car and a utility pole along Penn Avenue.

“When I got home, it looked like I was at a race track. All I saw was white smoke from him smoking the tires, trying to get away,” Kondracki said.

Some people who watched this all happen tell Newswatch 16 the driver made a desperate attempt to get away. There are still burn marks from the tires rubbing against this utility pole and a bent one-way sign along Penn Avenue.

“He kept rocking the truck back and forth as if he's trying to get away. So, the owner of the house out and she is screaming, 'Help! Help! Call the cops.' So, we did,” Michael Hoover of Exeter said.

Once police arrived, officers say Dorris jumped out of the tractor-trailer cab with two babies in her arms and Pitts attacked officers.

“He was actually fighting with them. He didn't want to get out of the truck, and they had to wrestle him to the ground,” Shirley Kondracki said.

Shirley snapped pictures of alcohol inside the tractor-trailer cab after Pitts and Dorris were taken into custody.

Police say one child was hurt.