Playground hit with vandalism in Nanticoke

A wall was destroyed and then spray painted by vandals at Quality Hill Park. 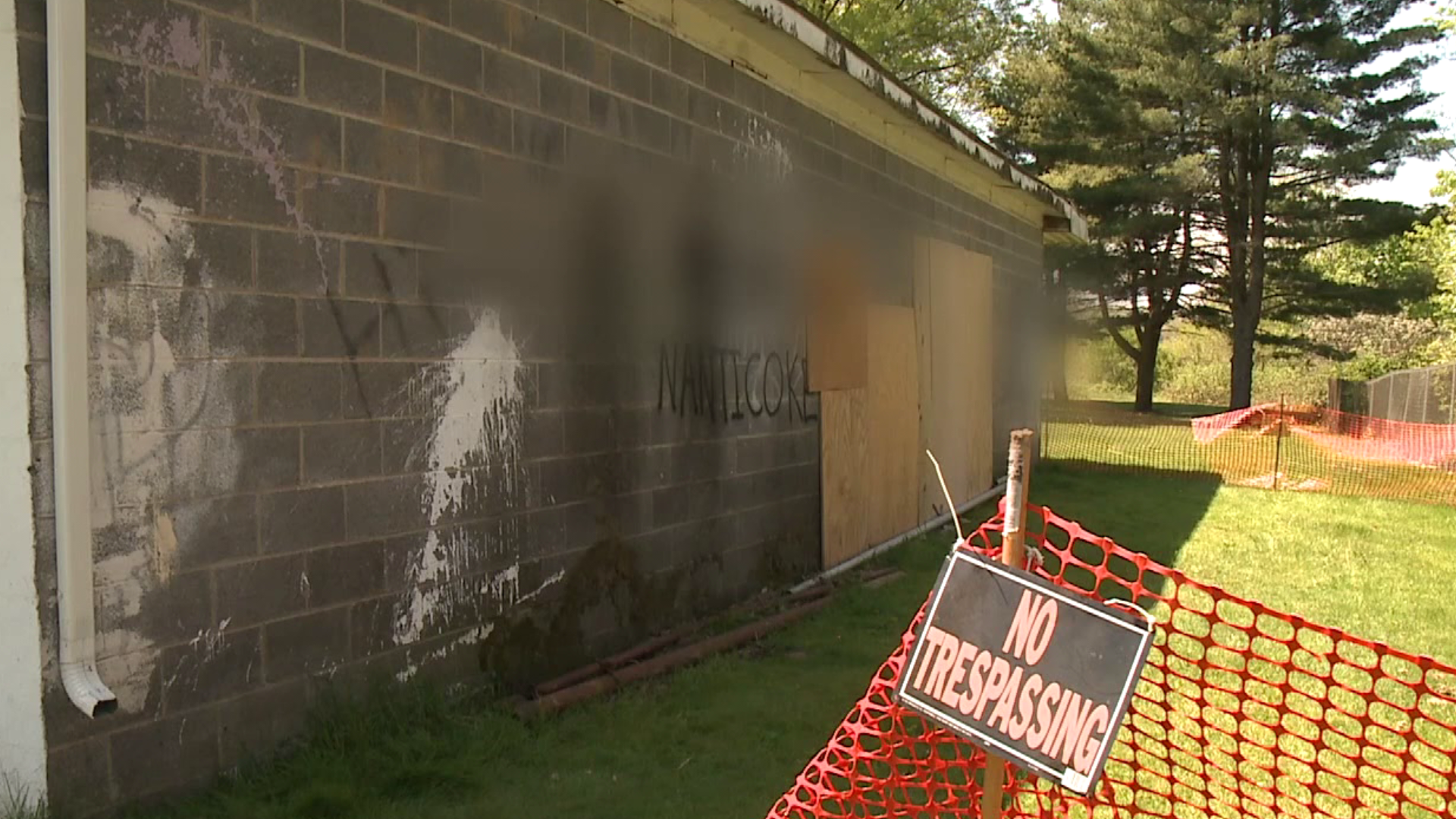 NANTICOKE, Pa. — Graffiti, including profanity, covers a damaged wall on the side of one of the buildings at the Quality Hill Playground in Nanticoke.

"That's all, it was one vulnerable spot, and it was a jigsaw, like playing Jenga, they just were able to pull one brick out, and the rest of the bricks fell with it. I'm really grateful that nobody got hurt. But by the same token, the damage is extensive," said Gill.

Since its discovery, the wall has been boarded up.

Gill says the building is used for storage and believes the paint used to deface the wall was found inside.

"That was one thing like, I've always said about this playground. It has never been severely vandalized. You know you'll get some sidewalk chalk, you know, the kids playing but as far as spray painting or doing any extensive damage. This is a first in many years," explained Gill.

People with the playground association tell Newswatch 16 it's not cheap to maintain a playground, and the expense of fixing the building was the last thing they needed after a hard year for fundraising.

"The gas like you just said, the gas, running the mowers, the weed whackers getting the playground remulched, what we try to do every three years. Try to get new equipment. If you've gone online and just checked out Playground USA, just check out the price of some of the playground equipment, and you'll understand why it takes so much to run a playground," said Gill.

A GoFundMe has been set up by the playground to help repair the building.

If you have any information about how this damage was caused, you are asked to contact police in Nanticoke at (570) 819-4916.