Plans for New Business A Year After Tornado

WILKES-BARRE TOWNSHIP, Pa. — Nearly a year after a destructive tornado tore through Luzerne County, business has bounced back and developers are making ro... 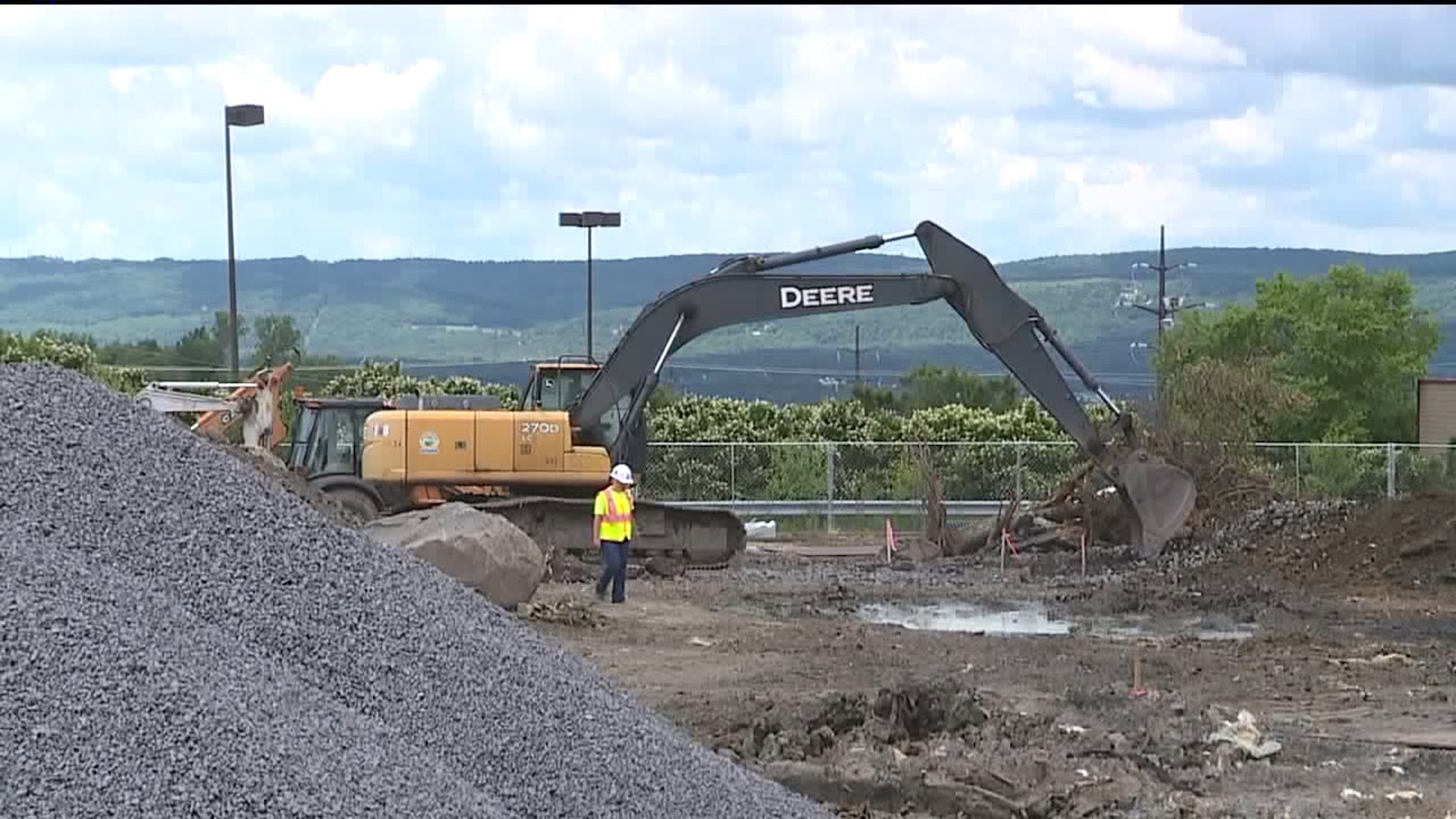 WILKES-BARRE TOWNSHIP, Pa. -- Nearly a year after a destructive tornado tore through Luzerne County, business has bounced back and developers are making room for more.

The foundation is set and crews are busy on Mundy Street in Wilkes-Barre Township. Two buildings are set for development at a site between Visionworks and Smokey Bones, including a new restaurant, Mission BBQ. It's something shoppers are excited about.

"Yeah, I'm a big eater," laughed Emily Jendrzejewski of Swoyersville. "I like food."

The new construction comes a little more than a year after an EF-2 tornado destroyed many retail stores in this part of Luzerne County, causing some to be torn down and relocated.

"A lot of places closed and it wasn't as busy as it was before and now that they fixed it all everywhere is opening more places are opening more opportunities for people to have more things to do," observed Jendrzejewski.

The owner of the Arena Hub Plaza tells Newswatch 16 that now that the storm has cleared, it's an opportunity for growth and he and his team are excited about all of these positive changes coming from that destructive situation that happened a year ago.

"It is what it is I guess. It's a business so if they're going to do well, good luck!" added Kathy Gelso of Dallas.

The owner of the plaza says there are plans for retail and restaurant development where Ashley Furniture used to be. No word yet though on what those tenants will be.

"I would like to see more retail personally I am not from this area originally and I think we could do better," added Gelso.