WILKES-BARRE, Pa. — Dozens of men and women gathered in Wilkes-Barre’s Public Square to show support for Planned Parenthood. Organizers say they are... 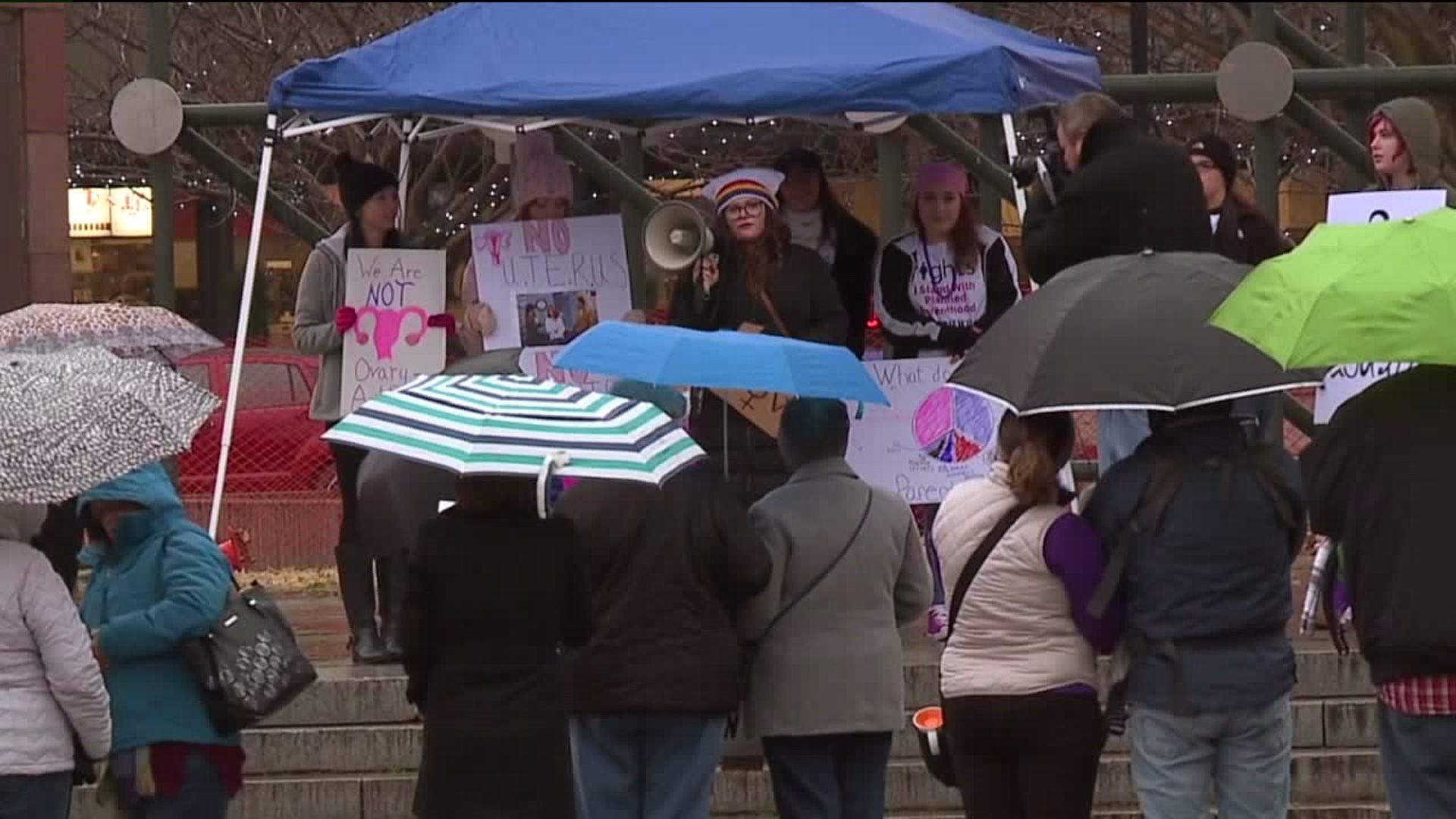 "At the news that Planned Parenthood is being kicked out of their location and we all just kinda got together, collective brainstorming and this is where it led us," said Kara Dooner, organizer of the event.

Kayla Dooner is referring to Planned Parenthood on North Franklin Street in Wilkes-Barre.

In a statement, Planned Parenthood said it received a letter that its lease would not be renewed.

The notice came less than a week after Planned Parenthood approached the board that governs the Kirby Health Center about expanding its services to include safe, legal abortion care.

"We have no idea why the Angeline Kirby Memorial Health Center board ended our lease after more than eight decades. No explanation was ever provided by the Kirby board."

A representative from Planned Parenthood tells Newswatch 16 the organization did not organize this rally, but they are grateful for the communities support.

Sabrina Hannon says she began advocating for Planned Parenthood after the Scranton location closed in 2016.

"I can't imagine what will happen to the area if this Planned Parenthood goes and for no real reason. There's no reason that someplace that has been here for 84 years should suddenly be kicked out when they are servicing a population that desperately needs them," said Hannon.

On the other side of Public Square, pro-life activists gathered to rally against Planned Parenthood.

"We don't want an abortion clinic in Wilkes-Barre. There shouldn't be anyone locally and we will continue to pray for the defunding of Planned Parenthood and for the closing of every abortion clinic in the nation," said Ada Magni of West Wyoming.

"I really think that the health and general well being of the community would be compromised if this Planned Parenthood facility wasn't here anymore," said Dooner.

Newswatch 16 reached out to the Kirby Memorial Health Center for comment but did not hear back.

Planned Parenthood has not said when its last day of operation on North Franklin Street will be, but it is seeking a new location in the area.

If it does not, then the closest Planned Parenthood to our area will be the location in Allentown.