WILKES-BARRE, Pa. — Police are investigating a case of vandalism and attempted arson at a Planned Parenthood office in downtown Wilkes-Barre. According to... 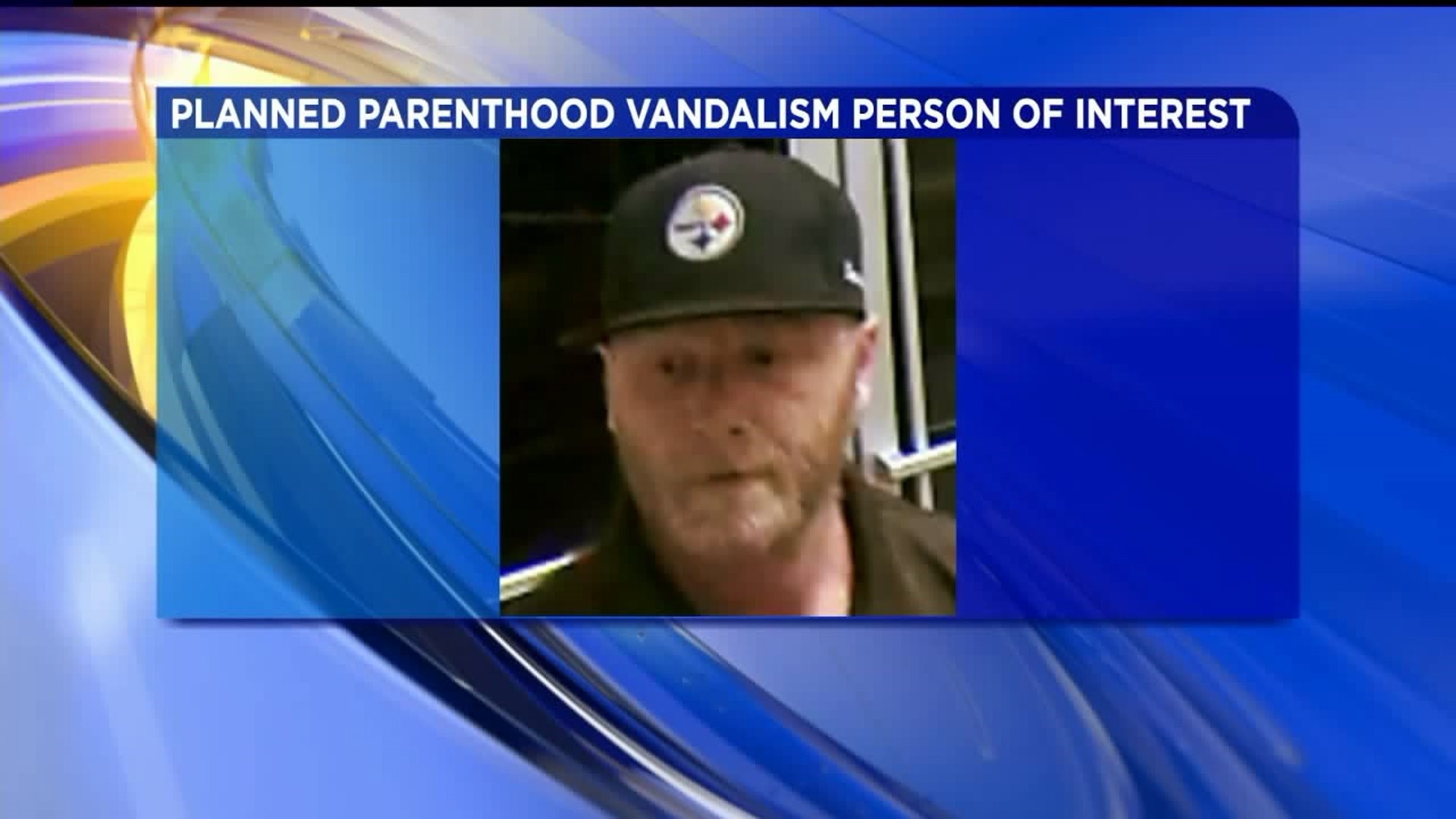 WILKES-BARRE, Pa. -- Police are investigating a case of vandalism and attempted arson at a Planned Parenthood office in downtown Wilkes-Barre.

According to police, a tenant from the apartment side of the building was walking to his car Monday morning when he saw the damage and called police.

The doors leading to the Planned Parenthood office on North Main Street in Wilkes-Barre were smashed with a brick, leaving glass everywhere.

Inside the foyer, someone splashed red paint on the floor and a message on the wall. From what we could see from the outside, it said, "Blessed are those who mourn,"  and the numbers of a biblical verse.

Outside, investigators found a bottle that at one time contained motor oil and a burned book. 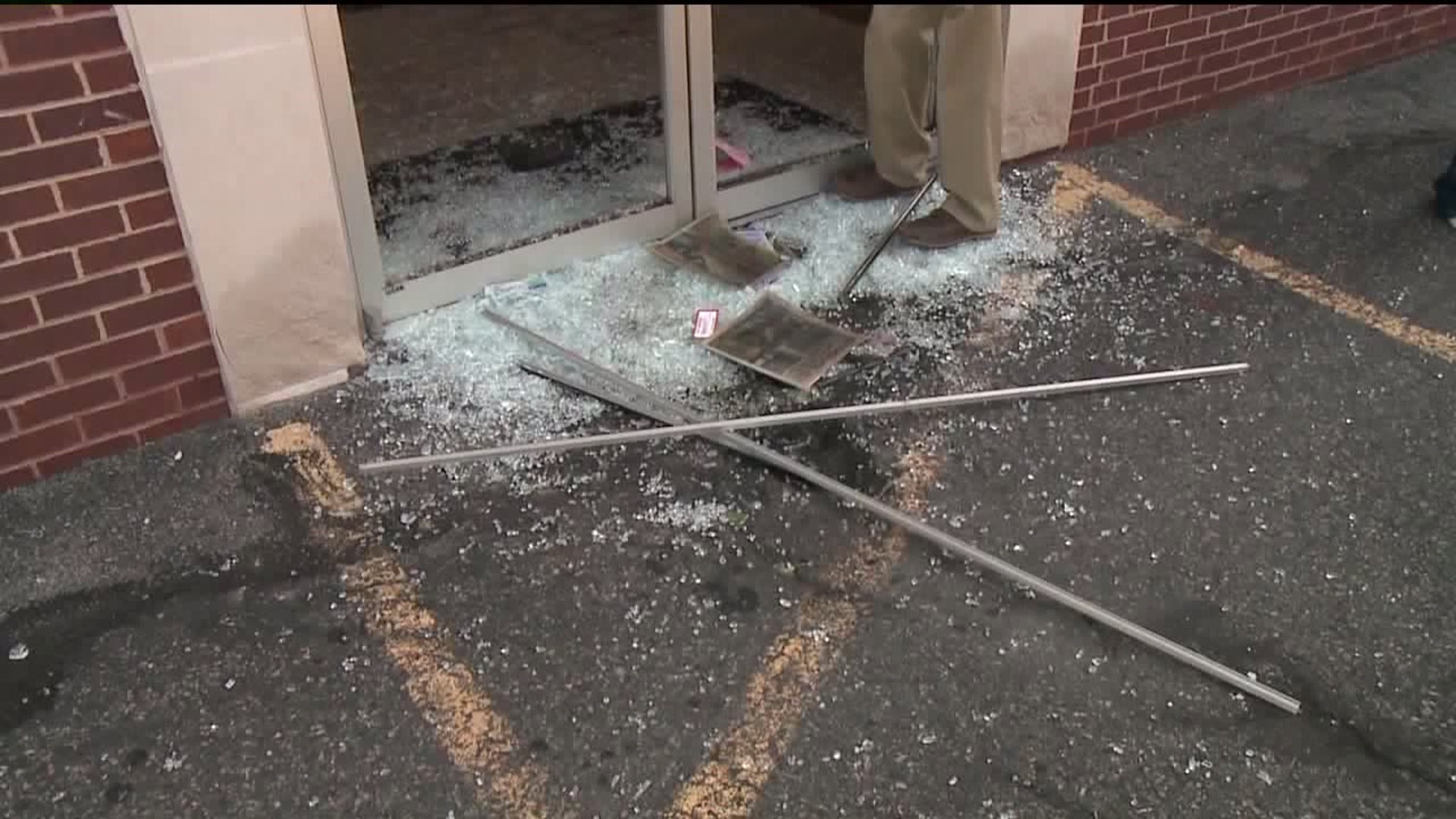 The Planned Parenthood office is on the second floor. According to police, it has not been breached.

"We will not be intimidated, quite frankly. This only strengthens our resolve to provide the care that our patients really depend on," said Planned Parenthood Keystone President and CEO Melissa Reed.

Police spent the morning, inside and out, looking for clues they hope lead to the capture of the vandal. They posted a security camera image and are asking for help with identifying the individual seen in the photo.

Officials with Planned Parenthood say the man used a crowbar and a can of paint to vandalize the lobby.

"Threw a brick through the windows, returned later, threw another brick, and then painted graffiti inside the lobby area," said Reed.

"I'm at a loss of words," Kara Dooner said. "A broken window can be fixed so it can be, and I'll paint it back over, but you know, trying to hurt, you know, it just hurts so many other people."

The president of Planned Parenthood Keystone says its offices are located on the second floor and were not breached, but it did affect services.

"We had 50 women and men scheduled to get reproductive health care here today and we've had to reschedule them," said Reed.

Planned Parenthood moved to this new location from Franklin Street at the beginning of the year, but it's been operating in Wilkes-Barre for 85 years. The president tells Newswatch 16 this is the first time in those 85 years it's been vandalized.

"Very disheartening to see that they had to cancel appointments and you don't go through whatever other things that they have to do to find the person that did this and get the repairs done and just get back on their feet," Dooner said.

Despite what the president of Planned Parenthood Keystone calls, "an act of domestic terrorism," she says the organization will not be intimidated and will reopen as soon as possible.

"I think they can get through anything, and you know, if they have a great amount of support, like you know, the support that I love to give them, you know, if a lot of people joined together and continue that support, I think they'll thrive through all the hardships they face," Dooner added.