PITTSTON, Pa. — The annual Pittston Tomato Festival is coming up, and something new you’ll see at this year’s event doesn’t have to do w... 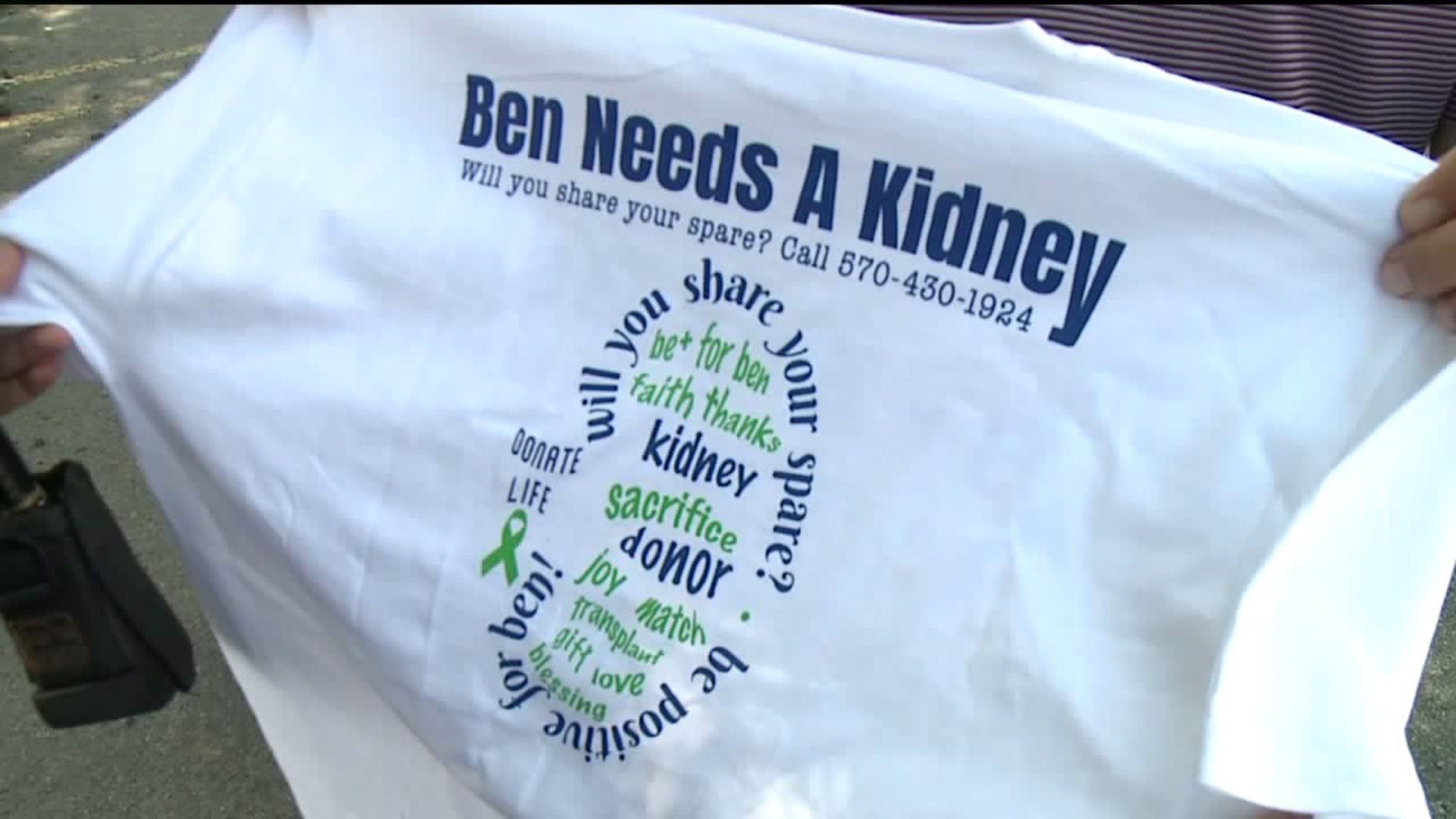 PITTSTON, Pa. -- The annual Pittston Tomato Festival is coming up, and something new you'll see at this year's event doesn't have to do with food or entertainment. It has to do with saving the life of one of the festival's volunteers.

Organizers of the festival tell us that Ben Tielle has always gone the extra mile to make sure things go smoothly at the annual festival that starts next Thursday. This year, volunteers are making an effort to help him find a lifesaving kidney donation.

Crews can be seen around Pittston sprucing things up and getting ready for the annual festival that draws thousands to the city. This year, attendees will see something they haven't seen at previous events.

"Usually, we have our polos like I'm wearing now, but it's red and it says 'Staff Tomato' on the chest. Now, we're wearing T-shirts for Ben Tielle that says 'B+ for Ben' and 'Can You Share Your Spare?' with Ben Tielle's cell phone number," said volunteer Greg Holl.

Tielle is a volunteer at the annual tomato festival and right now, he's searching for a new kidney.

"Being on the transplant list, I'm waiting for a cadaver kidney which could take five to seven years, but my kidneys aren't going to last that long, so the best thing for me right now is to look for a living donor," Tielle said.

Festival organizers want to help Ben find a match by having all volunteers at the festival wear these T-shirts.

"He never wants to receive anything but we kind of pushed him to ask for help because he's a good guy and we got to help out," Holl said.

"It was just very hard for me at first, but given the way I feel and the way my health is right now, I realize that this is something that is necessary," said Tielle.

Ben tells Newswatch 16 even if this campaign doesn't find him a match, at least it's spreading awareness for organ donation.

"Any type of organ donation is very important. There's a lot of people out there who are in need of different organs."

Organizers say it's that attitude that makes Ben so deserving of a lifesaving donation.

"A little something to help him because he's always helping all of us out. You know he's a good guy to help out," Holl said.