The parade in Pittston celebrated it's lucky number seventh year anniversary and while it's still fairly new, spectators enjoy that it's rooted in tradition. 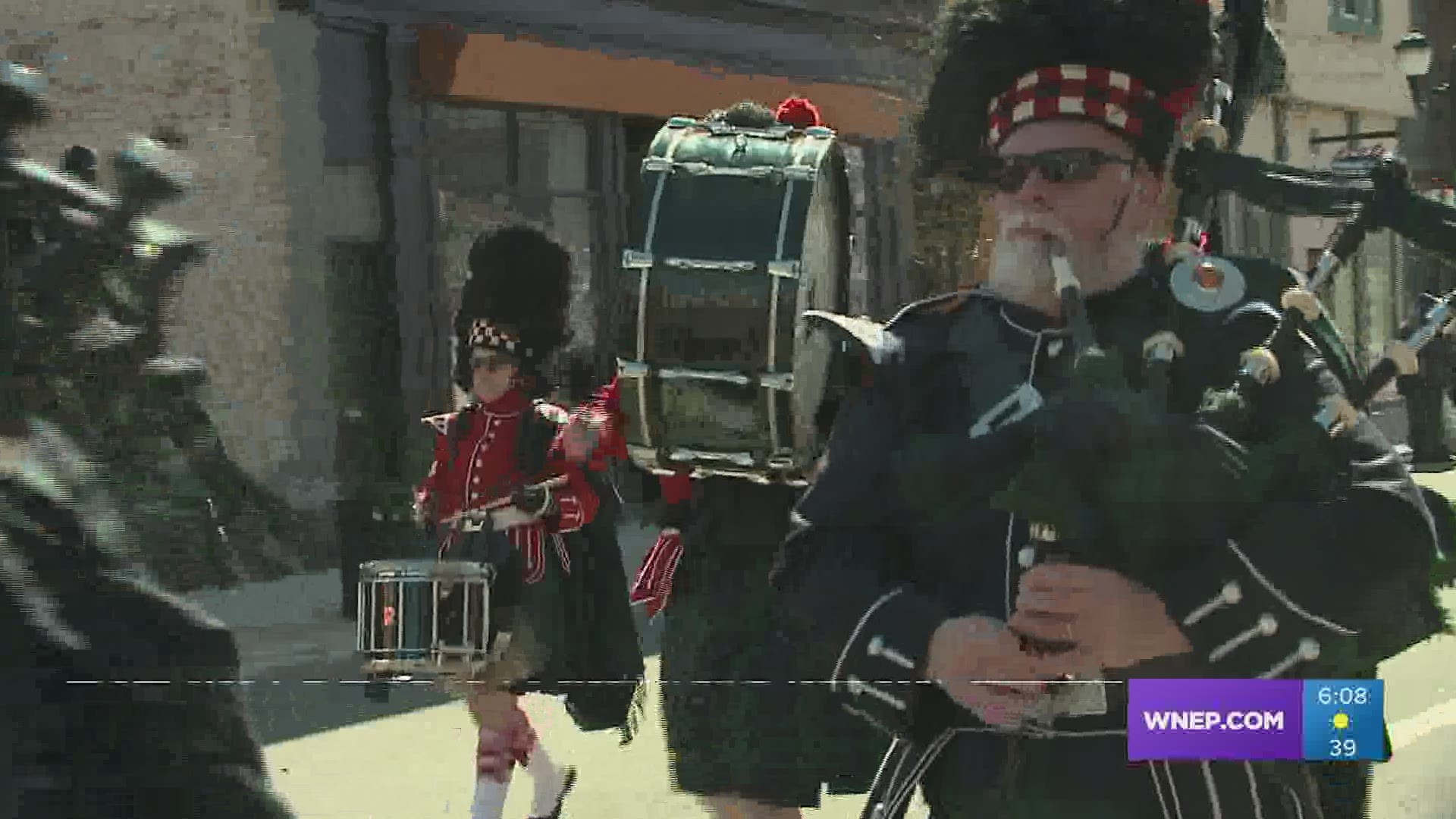 Taking part in the Leprechaun Loop while runners dressed in their st. Patty's best.

Some weren't leaving their results in the hands of luck.

"I train in the cold so it doesn't really matter what the temperature is. I went faster than I thought I was going to," said Chloe Griffith, Hanover Township.

"It was a lot of fun and it was tiring," said Mathew Shemo, Wyoming.

The Leprechaun Loop raised about $1000 for WNEP's very own Ryan's Run and Allied Services.

The mile-long jaunt was just a warmup for the st. Patty's parade

The parade in Pittston is celebrating it's lucky number seventh year anniversary and while it's still fairly new, spectators enjoy that it's rooted in tradition.

The bagpipers gotta be wyoming valley pipe and drum are hands down one of the best in the area.  And all the girls and people that are coming together and doing the line dancing. Everything is absolutely phenomenal," said Aaron Christopher, Kingston.

People hope the event will continue to bring the community together.

"I like how when they drive by sometimes they honk at me," Erin Dunn, Kingston.

And to grow for many years to come.