A witness' cellphone video shows the man slashing the tire of a car. City officials confirm the man in the video is a full-time Pittston police officer. 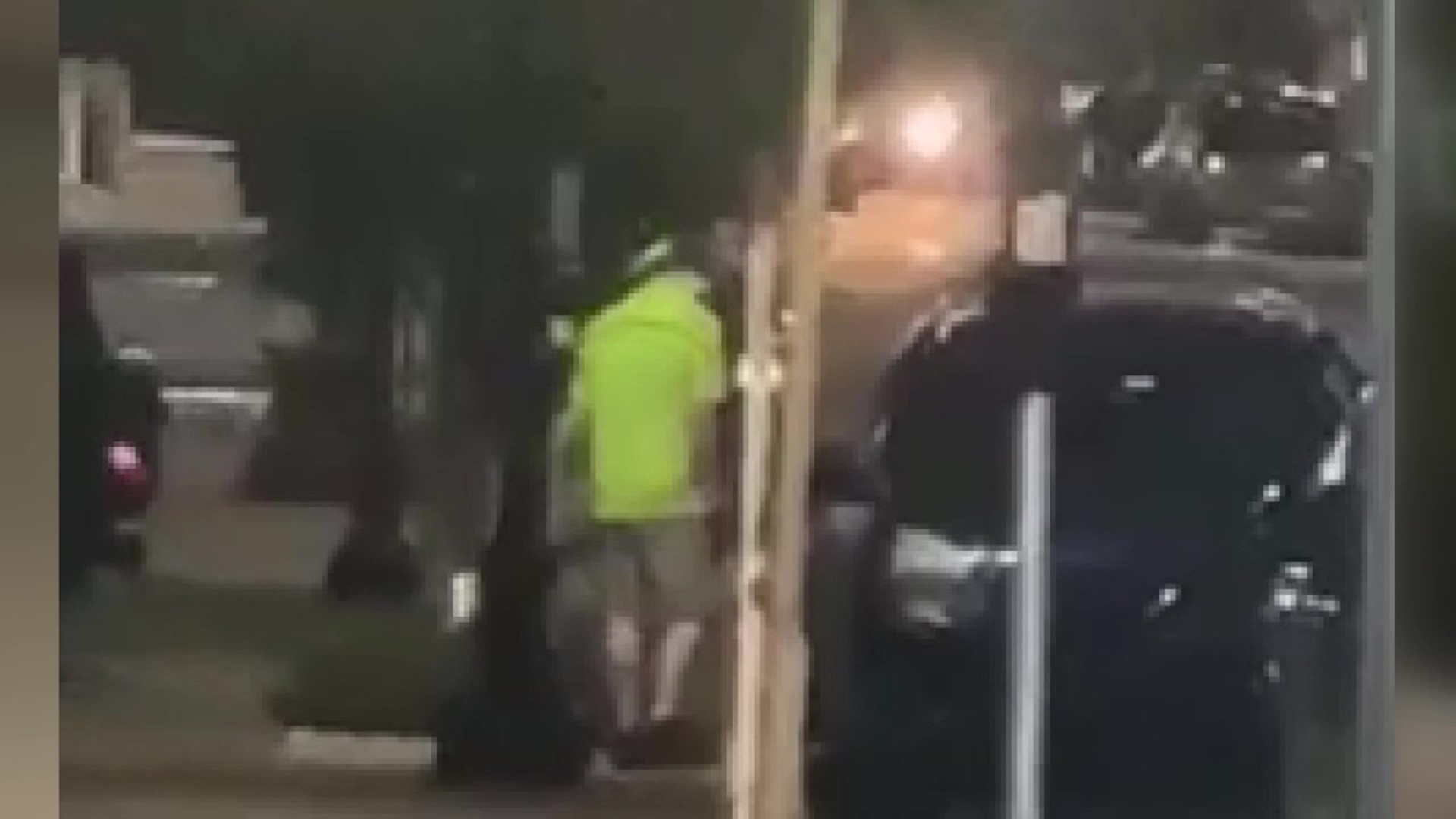 PITTSTON, Pa. — Cell phone video taken Saturday night by a witness shows a man slashing the tire of a car. Now days later, that man has been identified as a Pittston City police officer, and city officials say he slashed between three and five tires that night.

Now the officer in question is suspended with pay, and Pennsylvania State Police are investigating what happened that night.

The mayor is also laying to rest online rumors that a dispute inside a restaurant led to this.

The owner of the restaurant confirms that. She says she saw him walking by, he did not even appear to be angry, but that he did appear to be drunk.

"He was outside. He did not have any altercation with anybody either being served in the restaurant or associated with the restaurant," the mayor said.

Mayor Lombardo also tells Newswatch 16 that because of a conflict of interest, the police chief handed the investigation off to the Luzerne County district attorney's office, who handed it off to the Pennsylvania State Police.

"This is about doing the right thing. I don't want to speak to the individual and what was in his mind at the time. I want to make sure this is handled the right way, and this is treated fairly."

State police will not officially confirm the name of the officer in question until charges are filed, but Pittston's mayor tells Newswatch 16 the officer was off duty at the time, and that this comes as a surprise to him.

"I would describe him as a good, responsible officer who did his job. With younger officers coming on, I think he was always someone who worked with them. When I was called and found out who it was, I was shocked," the mayor said.