Pittston one of only two Pa. cities to receive Lowe's arts grant

Pittston is getting help from a major brand to build on its commitment to the arts. Newswatch 16's Chelsea Strub has more details. 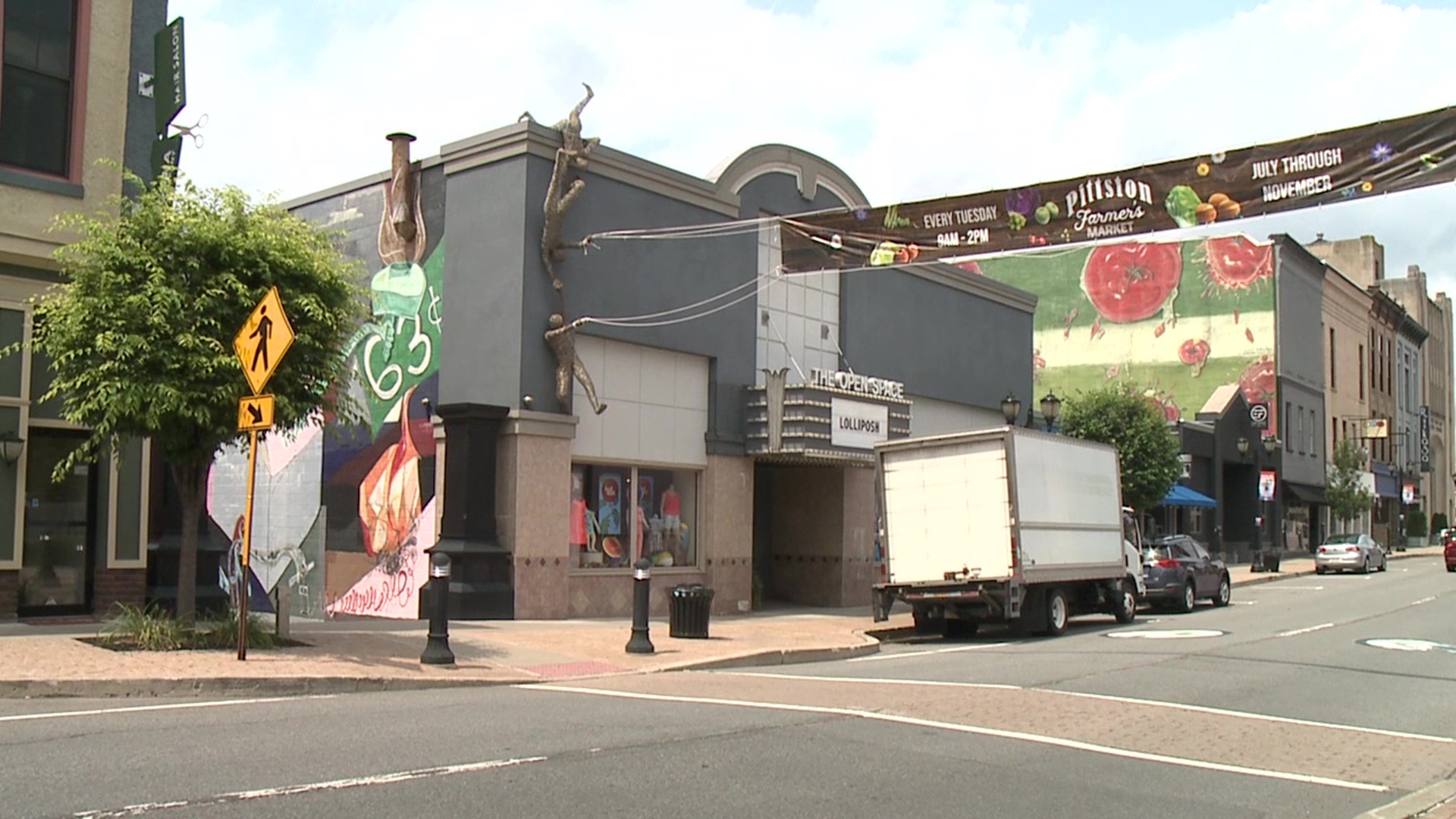 PITTSTON, Pa. — Everywhere you look in the "Tomato Capital of World," you can see some form of art. The city of Pittston learned this week it will be able to close the loop on its commitment to this type of creative expression with a little help from Lowe's home improvement stores.

"It was a nationally open application process, but Lowe's had indicated they'd be selecting 100 hometowns across the country to award a substantial grant amount. They were distributing $10 million over those 100 hometowns," said Pittston Mayor Micahel Lombardo.

Pittston and Pittsburgh were the only two cities in Pennsylvania to be awarded grants.

"Our portion will be to fund a project. It's called the Downtown Art Academy, and it will be a continuation of the long investment that we've made in the arts."

The art academy will be built in the top story of the old theater on Main Street. It will include 2,400 square feet of work and display space for artists.

"This will be an opportunity for fledgling students and already accomplished artists to be able to come and work with other artists, honing their skills and developing new skills."

It's not clear how much money Pittston will be awarded.

"Much like a lot of the projects we've done in the city, members of the administration and volunteers will be stepping up to do the vast majority of the work to get this space fitted out."

Construction is slated to begin in August and be completed sometime in October.