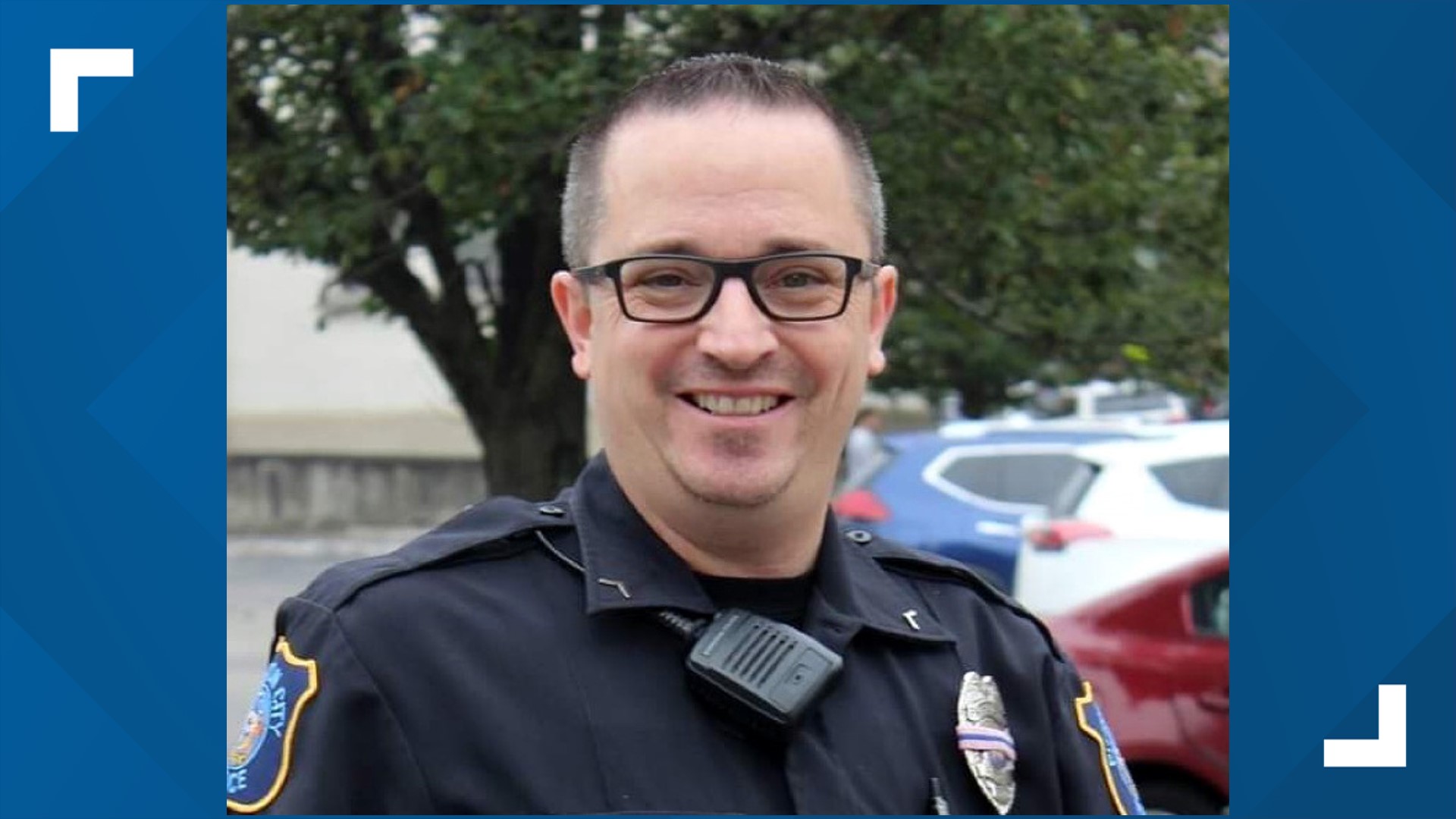 A Pittston police officer accused of slashing the tires of several vehicles in Luzerne County has been fired.

Dion Fernandes had been suspended with pay since late August.

Investigators say he was caught on surveillance video appearing to slash the tires of vehicles along South Main Street.

Pittston's mayor says Fernandes admitted to the vandalism so he fired him.

Fernandes is charged with criminal mischief in Luzerne County.

Charges have been brought against a Pittston police officer who was allegedly caught on camera slashing tires while he was off duty.

Dion Fernandes, 44, of Avoca, is facing felony charges for the incident that occurred on August 29, and state police have now issued a warrant for his arrest.

According to the criminal complaint, Fernandes was off duty the night of the incident and had been drinking in two establishments in the area. He called one of his fellow officers to bring him a knife to the parking lot of the UFCW credit union on Main Street. The officer gave him the knife, and Fernandes told him to leave. About 10 minutes later, a call came in to Luzerne County 911 for reports of a man slashing tires in the same area of Main Street where Fernandes had been. In total, five cars sustained damages totaling over $5,000.

Pittston Mayor Michael Lombardo tells Newswatch 16 that because of a conflict of interest, the police chief handed the investigation off to the Luzerne County district attorney's office, who handed it off to state police.

"We had our confidence in the state police to do an investigation. It was appropriate for them to do the investigation, obviously, not for us to do it internally. So, you know, I'm sure that they did what they had to do, but it's not surprising to me, given the fact that there were multiple vehicles involved. But you know, it's very serious charge," said Mayor Lombardo.

The mayor says Fernandes has been with the Pittston City Police Department for more than a decade and has been an outstanding example for young officers. Fernandes has been suspended with pay since the end of August, and it will be up to the city council to decide what the next steps will be.

Fernandes has not been arraigned for the felony charge of criminal mischief and has a warrant out for his arrest.