PITTSTON, Pa. — A man from Luzerne County is locked up without bail, accused of making threats against staff members of a Boy Scout camp in the Poconos. 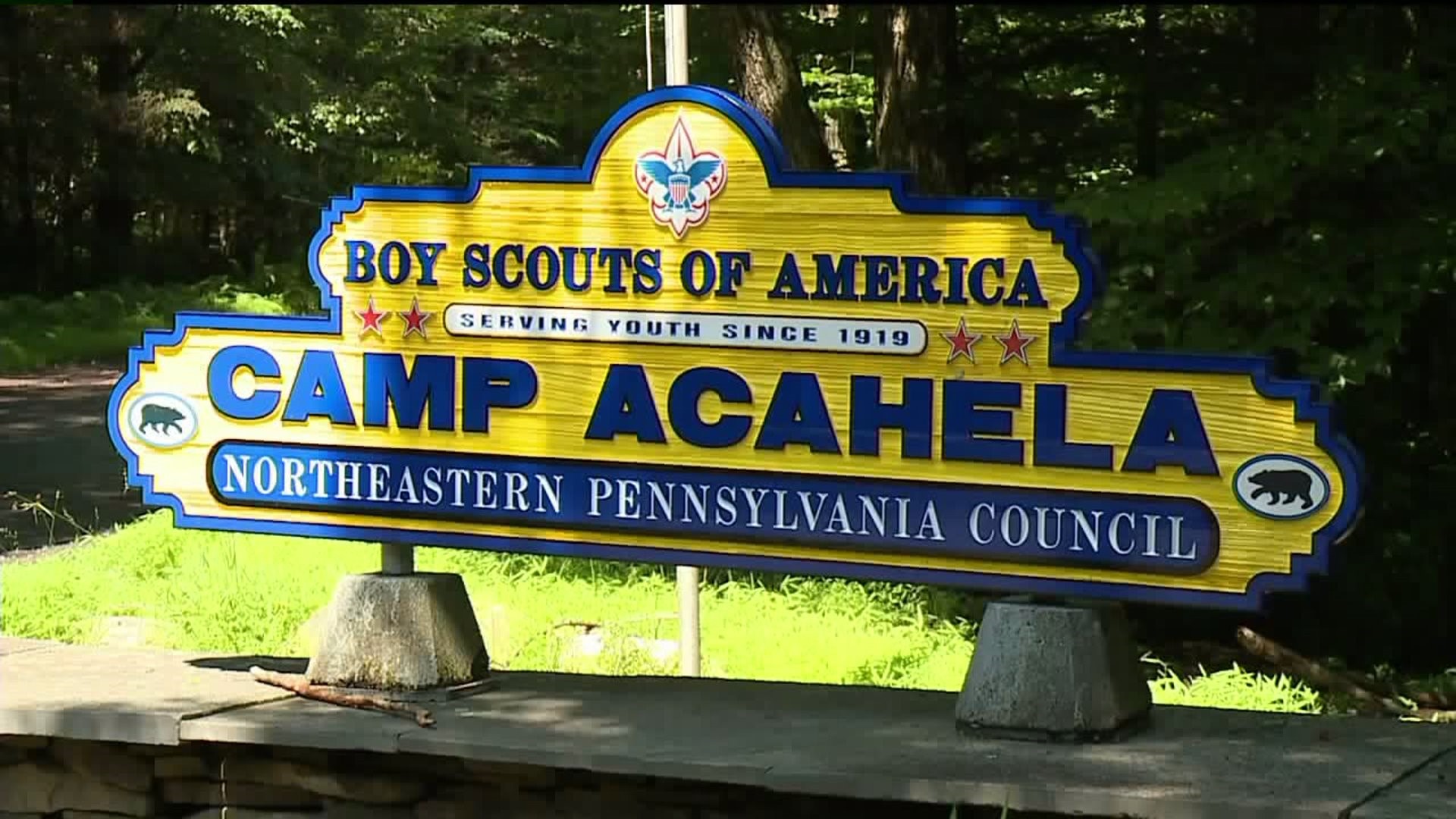 PITTSTON, Pa. -- A man from Luzerne County is locked up without bail, accused of making threats against staff members of a Boy Scout camp in the Poconos.

Court papers say Christopher Corey was a former employee of Camp Acahela near Blakeslee. He was let go in 2014. Some of the disturbing texts include a countdown to an anniversary BBQ planned for Saturday, references to the “Terminator” & the book “I Heard You Paint Houses” @WNEP pic.twitter.com/Dh0n9SnBUU

Investigators said the messages referred to an upcoming anniversary celebration for the camp and included references to "The Terminator" movies and the book "I Heard You Paint Houses."

Staff members started to get disturbing text messages from Corey last month. The messages had a daily countdown to an upcoming anniversary barbeque with threats attached, like one that read:

"T minutes 7 days until judgment day aka doomsday aka the apocalypse."

According to court papers, Corey was upset with the camp's program director. Corey was employed by the camp back in 2014, but let go in the same year due to mental health issues.

Police believe Corey might have been targeting the director.

Some of the text messages talked about target shooting using cantaloupes and watermelons to provide a more realistic effect.

"This individual was a disgruntled former employee and he started to reference different types of shooting and target practice and a countdown to the barbeque. We were able to identify him and served a search warrant at his house in Pittston," said Pocono Mountain Police Lt. Kristopher Vogt.

According to court papers, when police searched Corey's home, they took out three handguns, one shotgun, boxes of ammunition, cell phones, and computers.

Neighbors who saw police at the home on Laurie Lane tell Newswatch 16 they had no idea what was going on and are surprised to hear about the situation.

"I didn't know anything like that was going on. He was very nice, quiet and you know, no problems," said one neighbor.

Newswatch 16 reached out to the Boy Scouts of America headquarters in Lackawanna County. They said:

"We were deeply troubled to learn about this individual's behavior. While he was not currently registered in scouting, we immediately notified law enforcement and prohibited him from any future participation in our programs."