Margit Waltz is a ferry pilot, delivering new, single-engine planes from a factory in France, across the Atlantic, and to destinations around the world. 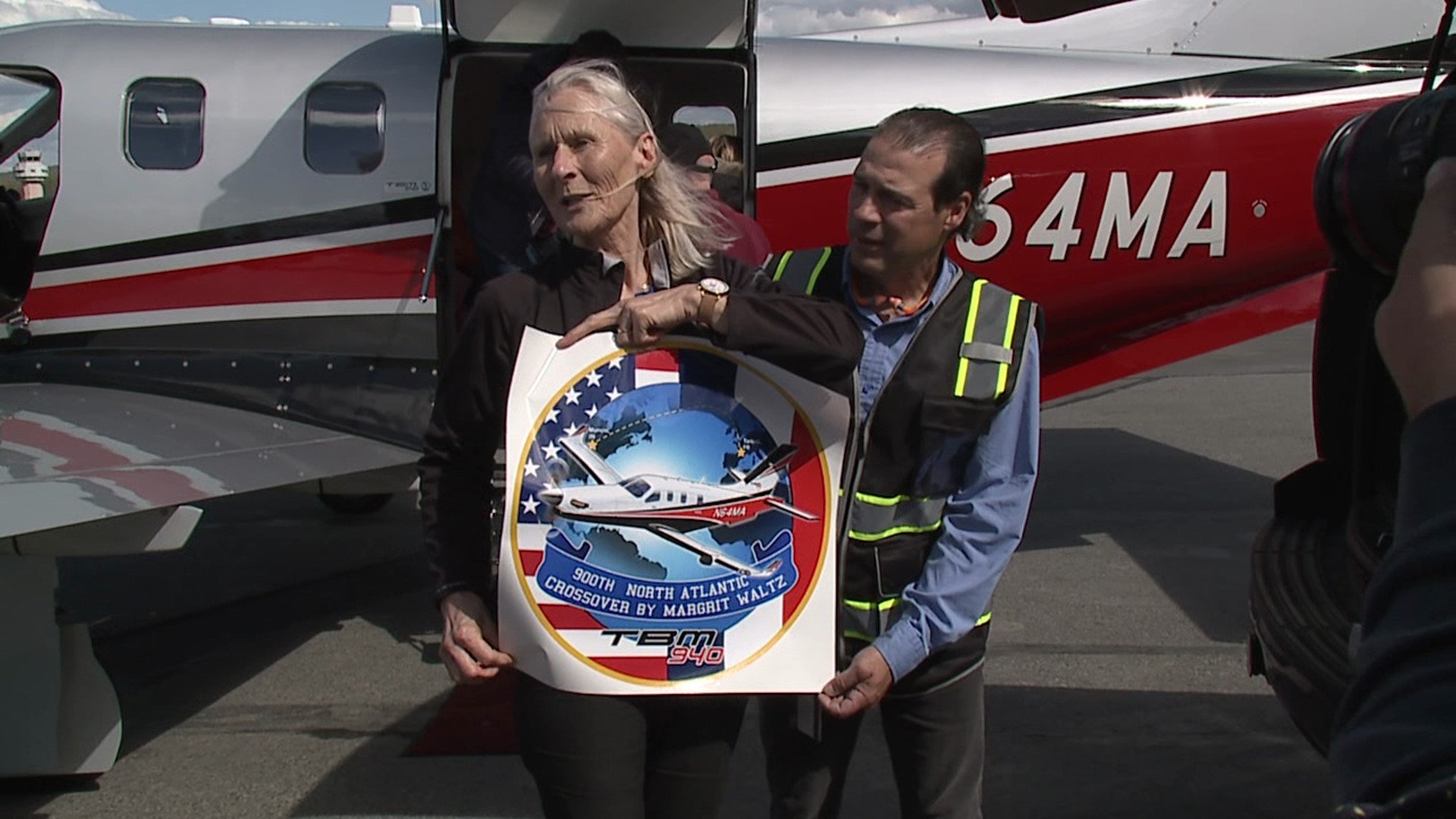 AVOCA, Pa. — This plane landing at the Wilkes-Barre/Scranton International Airport may have looked typical, though it was anything but. The pilot is Margrit Waltz, from Moscow, and she just made her 900th transatlantic crossing.

"I sometimes say I never worked in my life. It's a hobby that turned into a wonderful business or job," said Margrit Waltz.

Waltz is a ferry pilot, delivering new, single-engine planes from a factory in France, across the Atlantic, and to destinations around the world.

She's been flying for 40 years.

Her plane is headed to Muncie, Indiana.

"This is not something you say, 'Oh, I want to do it,' and I do it. It took 40 years to accumulate these offerings and these crossings. I fly these planes worldwide," Waltz said.

To mark the 900th crossing milestone, Waltz was given flowers when she landed at the airport near Avoca.

The airport is special to her; it's where she met her husband.

"Initially, obviously, you don't know it's going to be your husband eventually, so it means something, so we're still at this airport," she said.

Waltz flew more than 14 hours over two days to get here, with stops in Iceland, Scotland, Canada, and Bangor, Maine.

She says the schedule can be grueling, but she and her family make it work.

She's affectionately called the Queen of the Sky.

"Some people kinda refer like that, but I was just tremendously lucky and happy and had a lot of people that believed in me," Waltz said.