PIAA: School districts can make their own decisions on fan sizes

This decision by the PIAA comes after a federal judge ruled Governor Tom Wolf's COVID-19 restrictions were unconstitutional. 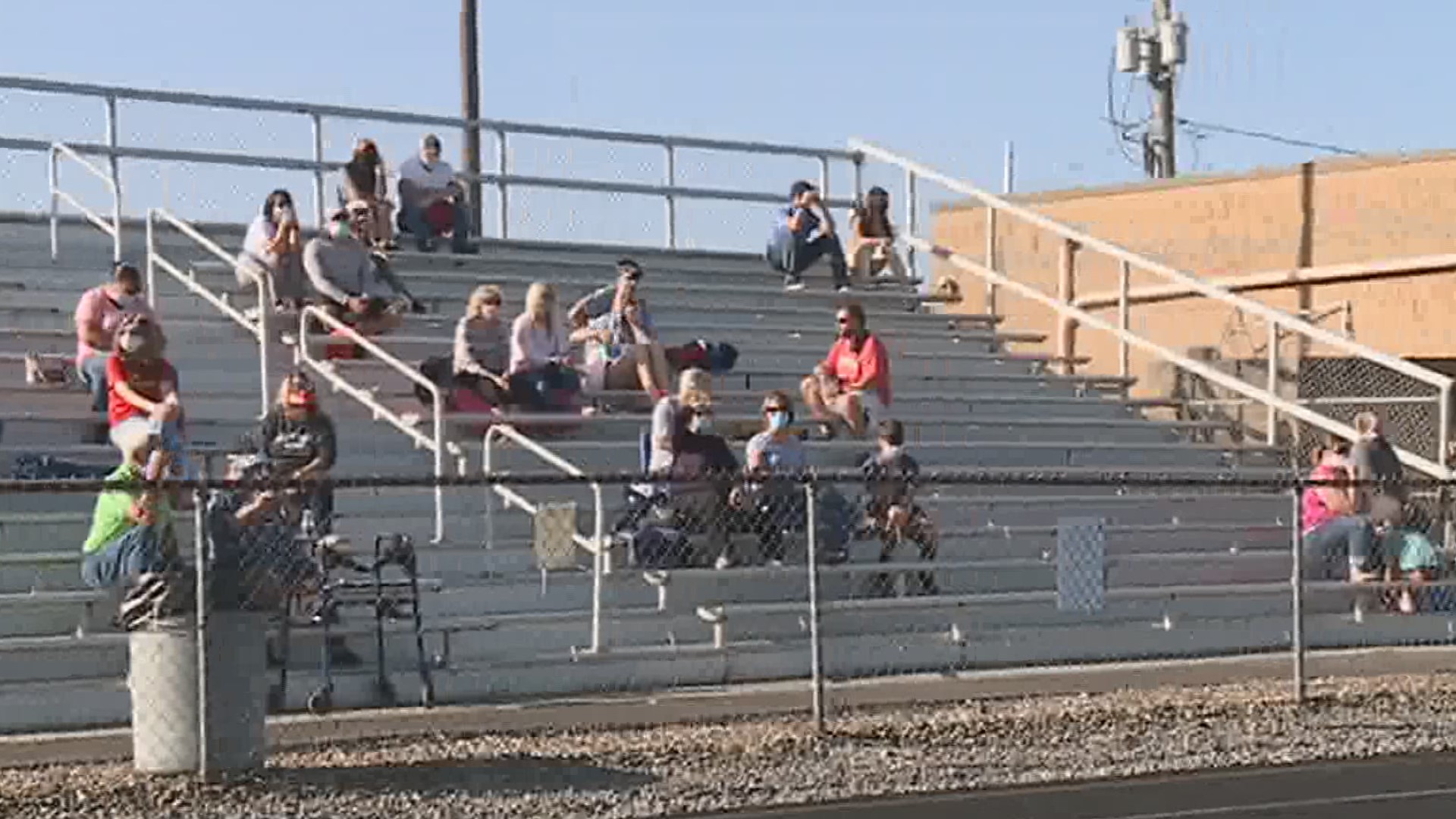 HANOVER TOWNSHIP, Pa. — The PIAA announced Wednesday school districts are free to decide for themselves the number of fans allowed to come to games.

This decision by the PIAA comes after a federal judge ruled Governor Tom Wolf's COVID-19 restrictions were unconstitutional. That led the PIAA to say schools are no longer bound by the governor's limits of 250 people outside and 25 indoors.

Hanover Area School District Athletic Director Michael McCree said following this decision by the PIAA, the school board decided Wednesday night that football players, cheerleaders, and band members will be all allowed to invite two people to every game.

Parents who spoke to Newswatch 16 hope it could mean more fans in the stands for all sports.

"I think the A.D.'s are really looking for some guidelines from the PIAA, and I'm really glad that they at least came out and said that it is with the schools," McCree said.

Parents who spoke to Newswatch 16 in the stands say they are in favor of the PIAA's decision to allow school districts to come up with their own guidelines for fans.

"I think each individual school can probably handle each situation that they are going to face. We have understand we have to mask, and mitigate, and be careful. We get all of that," Jim Saba of Harveys Lake said.

"School districts know what is going on. They seem to have a pretty good handle on it so far, so yeah, if they feel comfortable, I think they should be allowed to," Jeremy Norvell of Hanover Township said.

The Hanover Area School Board will meet Thursday to talk more about the PIAA's decision and whether more changes will be made to attendance limits at sporting events in the district.