MISERICORDIA UNIVERSITY — There’s a petition going around aimed at stopping a Jesuit priest from speaking at Misericordia University’s winter ... 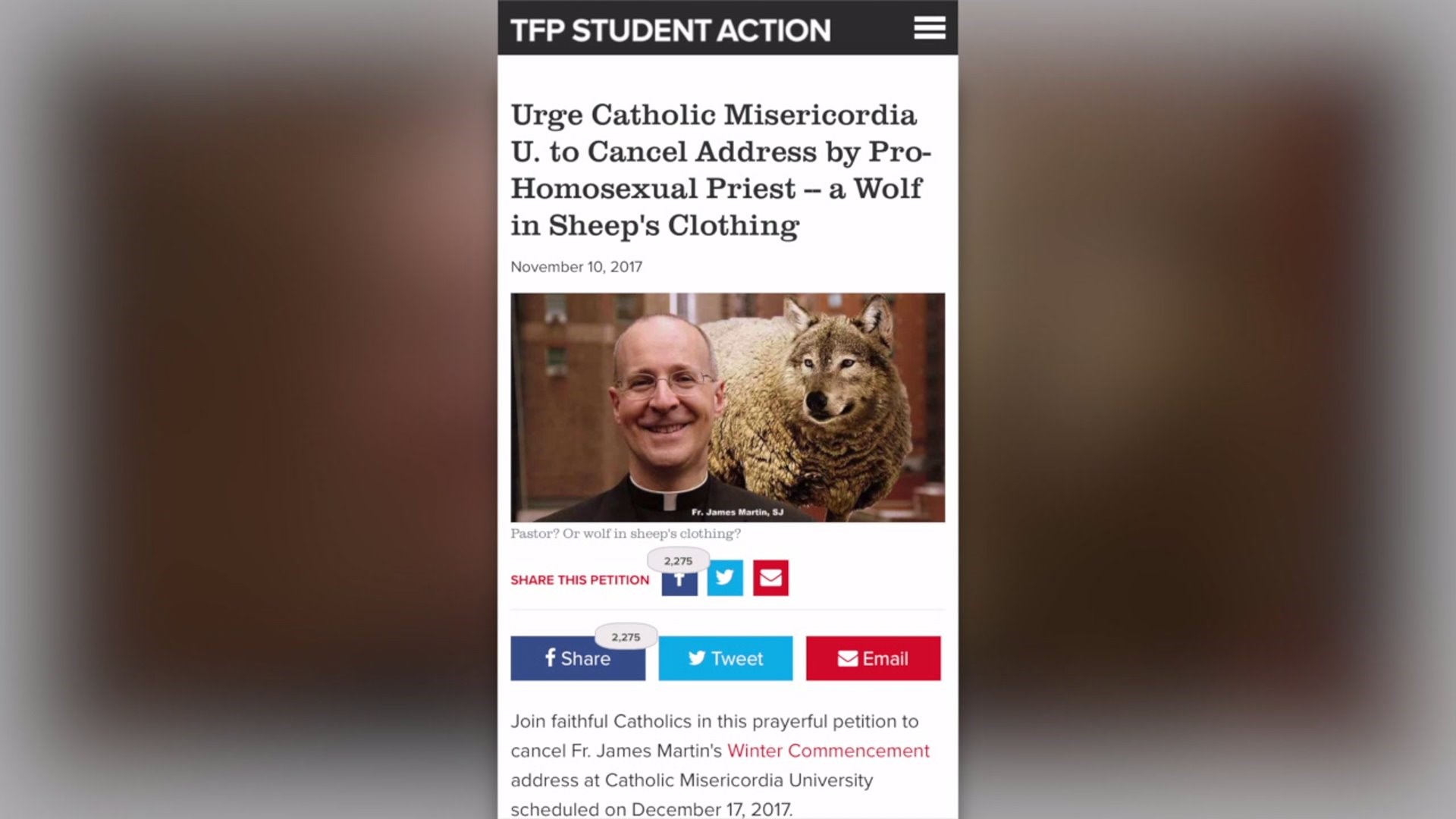 MISERICORDIA UNIVERSITY -- There's a petition going around aimed at stopping a Jesuit priest from speaking at Misericordia University's winter graduation ceremony, all because that priest has been outspoken about LGBT rights.

Students and faculty at Misericordia University tell Newswatch 16 even with the petition, the school's mission statement of inclusion still stands and diversity matters.

It was pretty much a ghost town at Misericordia University near Dallas on the day before Thanksgiving. Most students had packed their bags to head home for the holiday. But they may be asked to sign a controversial petition when they return.

A religious group from York, Pennsylvania is circulating the petition urging the university to not allow Fr. James Martin to speak at the upcoming commencement at the Anderson Sports and Health Center.

But university officials say the petition is not going to change their speaker for the seventh annual winter commencement in December.

"Part of the mission at Misericordia is everyone is welcome here on campus and Fr. Martin is included in that," said university official Paul Krzywicki.

The group behind the petition is TFP Student Action. It's part of the American Society for the Defense of Tradition, Family, and Property.

The online petition been shared on Facebook and has more than 19,000 signatures.

It lists reasons why Fr. James Martin should not be allowed to speak at winter commencement, reasons mainly dealing with LGBT rights.

"Misericordia is consistent with its mission. We were founded by the Sisters of Mercy, so everyone is welcome at Misericordia University."

Students tell Newswatch 16 that Fr. James Martin should be allowed to speak. His message of inclusion is something they believe in.

"Even if you disagree with someone, that shouldn't mean you should restrict them from stressing their own opinion. That's kind of what college is about: hearing other peoples' opinions," said sophomore Stephanie Shara.

"When you come to college, you should get your beliefs challenged and you should face criticism of your beliefs. It's kind of what you signed up for, and I think it's a shame to see people who aren't willing to do that," said senior Mark Seewald.

Misericordia University says more than 300 students will be graduating on December 17, and Fr. Martin is still scheduled to be the speaker.