LUZERNE COUNTY — Illegal dumping has plagued parts of northeastern and central Pennsylvania for years.  It causes an eyesore for communities and attracts ... 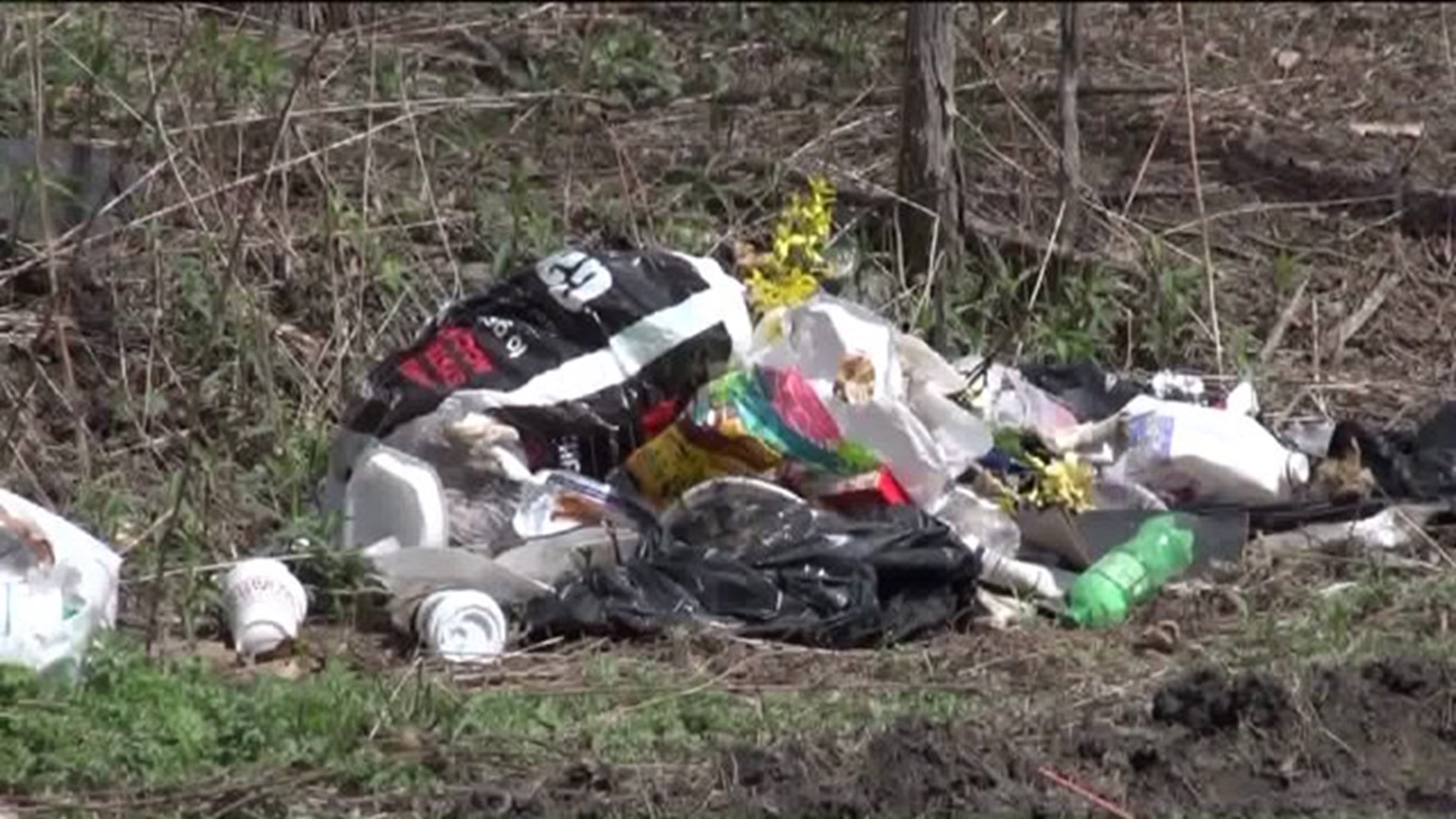 LUZERNE COUNTY -- Illegal dumping has plagued parts of northeastern and central Pennsylvania for years.  It causes an eyesore for communities and attracts unwanted pests, but a new statewide program is trying to change that.

Many drivers in Luzerne County are familiar with seeing random piles of debris dumped illegally, like here off Biscontini Road in Wilkes-Barre. It's full of garbage piles and liquor bottles.

"It's nasty. There's mosquitos. There's--it just causes a lot of problems for everyone, I think,” said Barbara James of Swoyersville.

The challenge for authorities, though, is catching the folks who use property they don't own as their personal dump site.

“It is pretty difficult. You pretty much have to catch someone in the act,” says Collen Connolly of the DEP.

But the DEP, along with another environmental group, is launching a program together to help fight illegal dumping.  It's called Illegal Dump Free PA and it's using surveillance cameras to help capture dumpers.

Right now, several of the cameras have been rolled out in Luzerne County and dozens across the state. The camera locations are being kept secret, but officials want you to know, they're watching. It's something some folks who want to see a cleaner environment are happy about.

If you do see people dumping illegally, you're asked to report it to authorities. You can also report dumping online here: http://illegaldumpfreepa.org/report-it/