UNION TOWNSHIP, Pa. — PennDOT is now responding to a lot of drivers’ questions and concerns after cars got caked with tar and stones on a recently t... 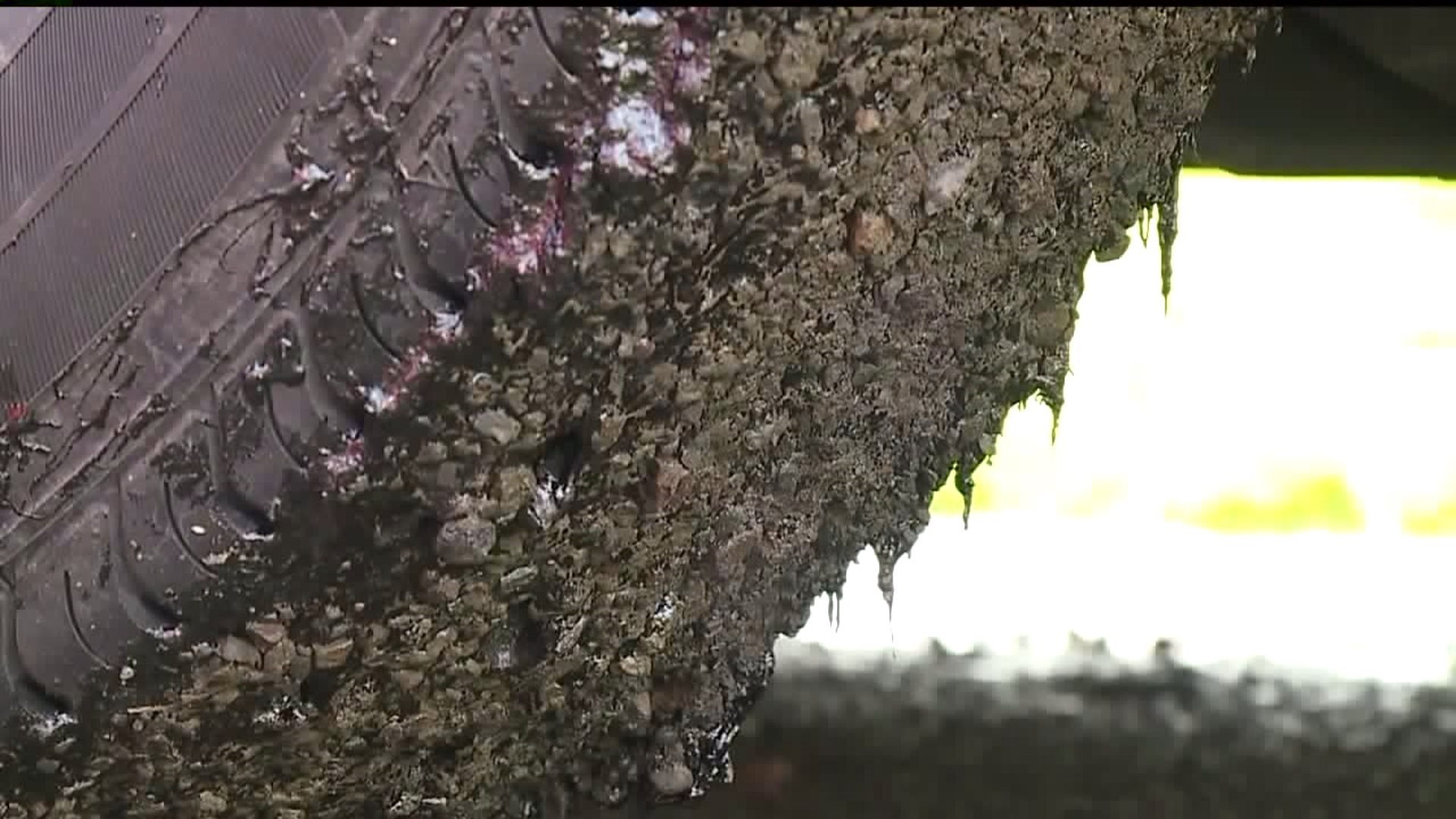 UNION TOWNSHIP, Pa. -- PennDOT is now responding to a lot of drivers' questions and concerns after cars got caked with tar and stones on a recently treated road in Luzerne County.

PennDOT says it shouldn't have happened and defends why it was treating that road in the first place.

A spokesperson for PennDOT told us the process of oil and chipping is commonly used to keep roads in good shape and acts as a sealant. That's what PennDOT crews did on Route 239 near Shickshinny on Monday. On Tuesday, it caused problems for drivers and PennDOT says something went wrong.

Pictures of tires covered with tar and stones were sent to Newswatch 16 by frustrated drivers, including one mail carrier in Luzerne County.

Drivers say it was along Route 239 in Union and Huntington townships where they slid through the tar on Tuesday.

PennDOT tells Newswatch 16 crews were out Monday oil & chipping a four-mile stretch of Route 239 near Northwest Area High School, and the mess some drivers were left with shouldn't have happened

"Normally as soon as they put this down, it hardens, and you can drive on it again. And so they put this down. The road was not wet. It was not raining at the time. It didn't rain until hours and hours later, and it should have all been set up at that time," said PennDOT spokesperson James May.

But for reasons still under investigation by PennDOT, the process failed on Tuesday as drivers drove on Route 239 in the rain.

People who live in the area say the work shouldn't have been done in the first place.

"I think there's an issue with brain problems. That's what the problem is. Whoever made the decision to do this road should be fired. That's my personal opinion. There was nothing wrong with this road. This is the best road in the Wyoming Valley," said Frank Poperowitz of Shickshinny Lake.

"The answer is that oil and chip can be used sort of like a sealant that you would put on your driveway. You find a road that's in fairly good condition. When you put down the oil and chip, it serves like a sealant, and it helps preserve that road and give it more life," May explained.

That's what PennDOT says it was trying to do on Route 239 when something went wrong.

PennDOT tells Newswatch 16 it is sending samples of the portion of the material that failed to a lab in Harrisburg to find out what went wrong.