Police officer proposes with the help of his brothers in blue

The groom is a West Pittson police officer but lives in Exeter. He started planning this patrol car proposal a week ago. 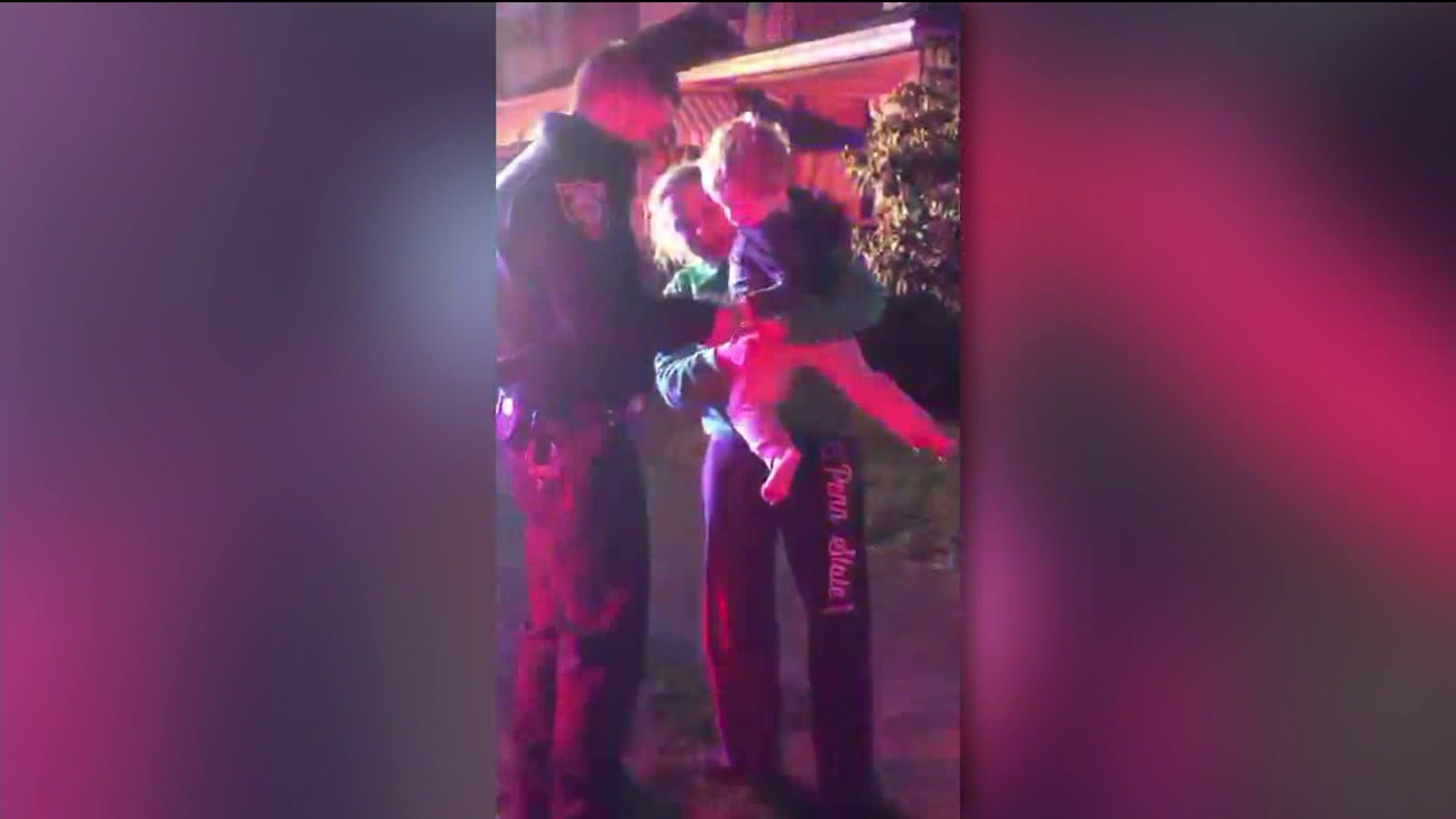 "I thought someone ran a stop sign, or there was an accident, I didn't know what to think," neighbor Shirley Micnicoski said.

However, as neighbors looked on, the purpose of the visit became more clear.

"Oh my god, yes," Stevi Nayavich exclaimed with a smile from ear-to-ear.

West Pittston police officer Joe DeMark proposed to Nayavich. The happy couple has been dating for seven years. Their two-year-old son Joey Jr. loves police lights. DeMark thought it would be a good idea to surprise both of them.

"Before I knew it and I realized, he was down on one knee and I was like oh my god, is this really happening right now," Nayavich said.

DeMark has been a full-time police officer at the West Pittston Police Department for about four years now. When he asked neighboring departments for help with the proposal, officers were more than willing.

"Not even one of them hesitated to say no, they're like absolutely. Let me know where you want me to be, what time, and we'll be there, and both of us are very, very grateful for that," DeMark said.

"I was like, wow, it's awesome to see how many people love us and care about just the town and us and are happy for us, it's amazing," Nayavich said.

The bride and groom have not set a wedding date yet, but they are thinking that summer of next year sounds good.