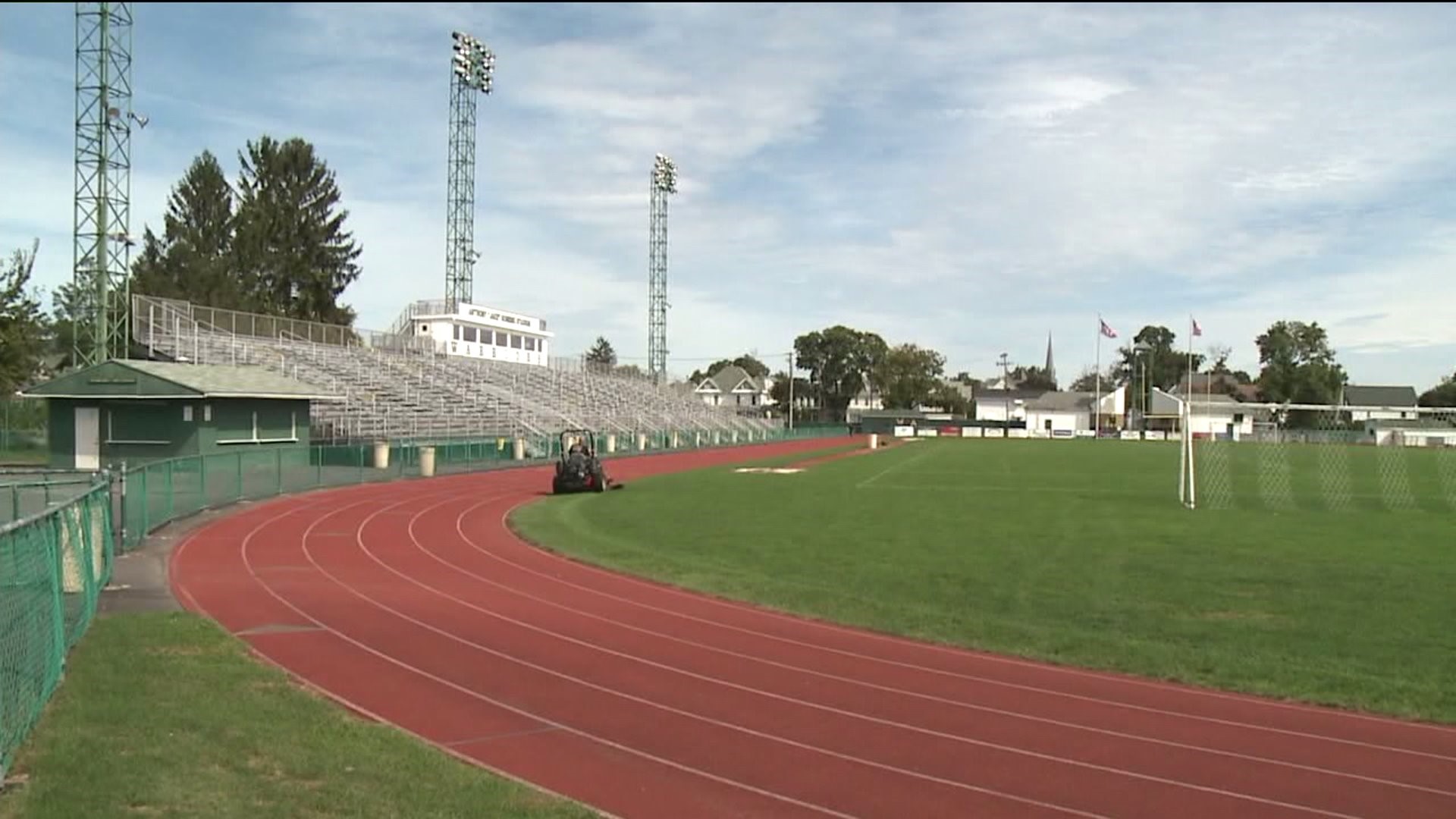 Folks are buzzing about Southern Columbia visiting Luzerne County to play Wyoming Area, but the highly anticipated game is causing some logistical questions.

Between 5,000 and 7,000 fans are expected to be at the game on Friday. The Wyoming Area athletic director said that's not a problem for the facility that holds 6,000 seated and 4,000 standing for a game, but getting those fans into a parking space nearby is a little more complex.

Crews are busy getting ready at Jake Sobesky Field in West Pittston for Friday's big game where the undefeated Wyoming Area Warriors will take on the undefeated state champions the Southern Columbia Tigers.

"No matter where you go, it's really hard to find a parking spot. I mean, just ride along you'll see a small business and you say, 'I'd like to stop there but where will I park?' It's really tough," said West Pittston resident Butch Tobin.

"The parking lot is full of people, usually kids running back and forth, and so I'm assuming with a 1,000 extra people, it's going to be that but way worse," said Jon Carannante at Antonio's Pizza.

Businesses near the stadium tell Newswatch 16 Friday night football games are busy enough, now they're not sure what to expect this Friday.

The athletic director for Wyoming Area says there is a plan.

Atlantic Avenue, along the north side of the stadium, will be blocked off and open only for foot traffic and emergency responders.

Beginning at 3:45 p.m. Friday, shuttle buses will be running to and from the stadium from parking lots available for fans at Pride Mobility, St. Anthony's Parish Center, and Wyoming Area High School.

Carannante says he's been fielding calls from people asking questions about parking. He hopes this plan is enough.

"I don't think they're prepared for the amount of people that are going to show up, and the people calling are asking if four hours before, five hours before for parking, and I'm like, 'I don't know. I'm not sure.'"

Tobin says good luck to the two teams because he won't be watching from the stands.

"Just stay home and stay out of the way," he laughed. "Mostly, I think, I wouldn't want to get out in the traffic with everyone trying to find parking spots, especially around here."

Officials with the district said those shuttles will run until the stands are empty. Those needing handicap-accessible parking can find it across from the southern side of the field next to the field house.