Parking and garbage fees in Wilkes-Barre to be reduced

To help in the pandemic recovery, Wilkes-Barre will lower parking meter and garbage bag costs. 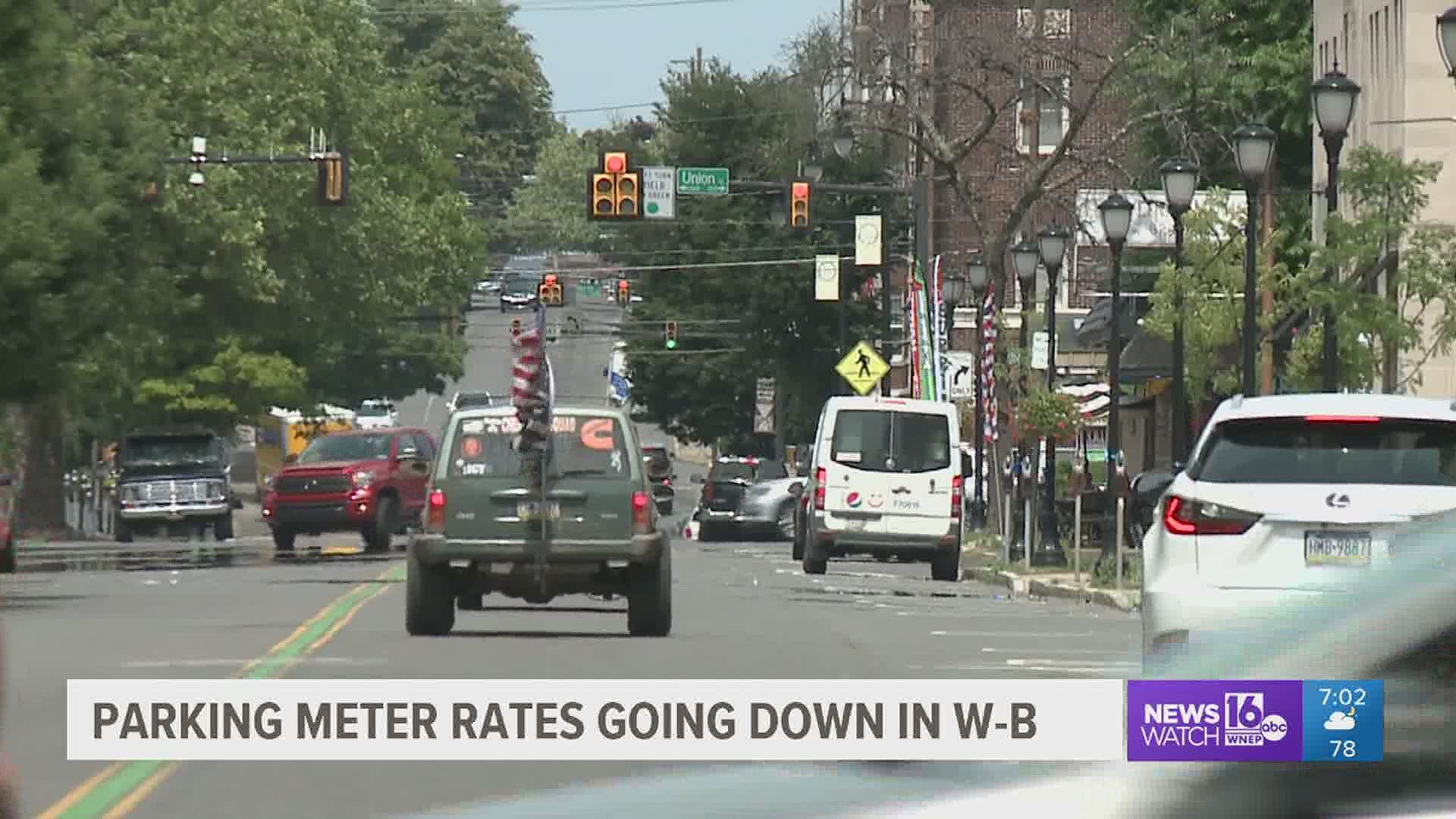 WILKES-BARRE, Pa. — Right now, one quarter gets you eight minutes of parking time in the city of Wilkes-Barre.

"Expensive for a city like Wilkes-Barre," said resident Kevin Riley.

But the city is working to cut the cost for parking per hour in half after city council voted to do so this week.

Some residents are concerned about how the loss in revenue could hurt the city down the road, but others, Mayor Brown included, tell Newswatch 16 they aren't worried.

"How's that going to be made up, that revenue? Through earned income tax. We expect some additional revenue coming in this year from the new construction jobs that are happening to hotels and the other things that are going to be happening in the city," said Brown.

"I think they need to do something that's helped the struggling businesses downtown here. And, yeah, I don't believe it's going to be that big of a loss, if any, in the income for the city itself," said Riley.

Reducing the amount of money put into the meter isn't the only cost reduction the city is planning. Officials are working on lowering garbage bag fees, too, to make it more affordable for residents.

"I'm undoing what the prior administration did and going back to the original prices to help the people that were adversely affected by the pandemic," said Brown.

The city is working to make the changes on the curbside and at the meters as soon as possible.