WRIGHT TOWNSHIP, Pa. — Patrick Shields and his family spent their Labor Day afternoon exploring everything the Wright Township Municipal Park has to offer... 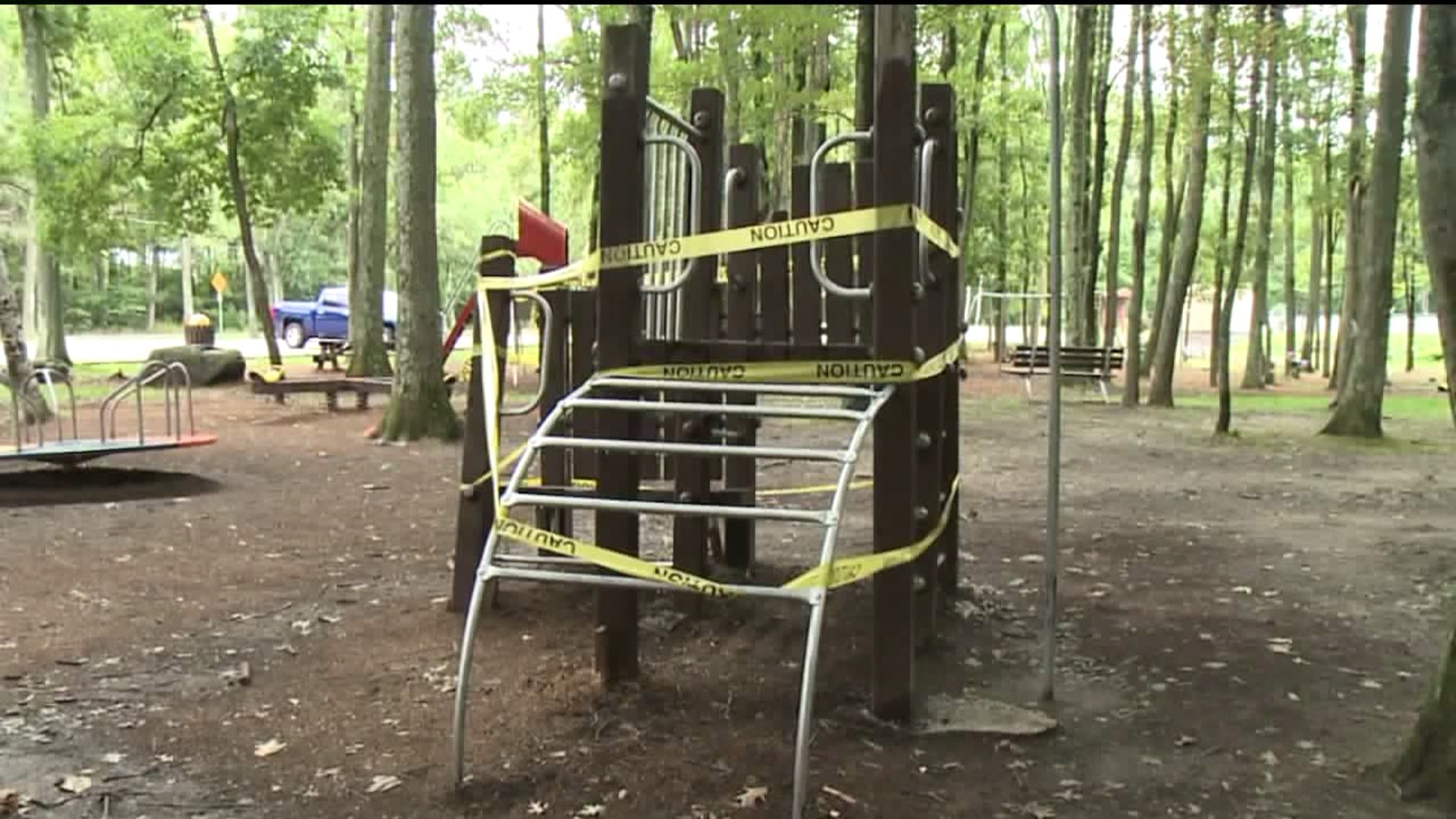 WRIGHT TOWNSHIP, Pa. -- Patrick Shields and his family spent their Labor Day afternoon exploring everything the Wright Township Municipal Park has to offer in Luzerne County.

Recently, some parents have voiced concerns about the park's safety on Facebook, but Shields says it hasn't disrupted his daughter's playtime.

"Her name is Marcy and she seems to love it so far. She hasn't been able to sit down yet, so we brought her up to try and eat lunch and she's been all over the place," explained Shields. "It doesn't seem too bad. We've never been here before. It's the first time. One of the things was kinda roped off so you can't get on it, but that's to be expected. Stuff falls apart, but it seems pretty decent."

Justin Weber says caution tape around the jungle gym was put on after he voiced concerns about its potential hazards to the township.

"I was just kind of flabbergasted at some of the equipment here and it's very unsafe. I mean, you can kind of see the stuff that's back here," said Weber.

In addition to the rotting jungle gym, Weber says broken swings and exposed rocks and tree stumps are a hazard as well as what's hanging over the play area.

"Now a lot of these trees are dead and there's one specifically hanging right over the 'tot lot' that we saw and there's branches all over the ground," explained Weber. "I just feel that it's unsafe, and it scared me a little bit when I had my children here."

A township supervisor tells Newswatch 16 park renovations are being addressed as best as the township's budget can support. In the meantime, parents like Weber say they'll have to take their children elsewhere.

Weber tells Newswatch 16 he plans to bring up his safety concerns at Wright Township Park at the township meeting on September 9.