Almost three years ago Panera stood in the way of a tornado in Wilkes-Barre Township. People from the area flocked back Wednesday as the new doors opened. 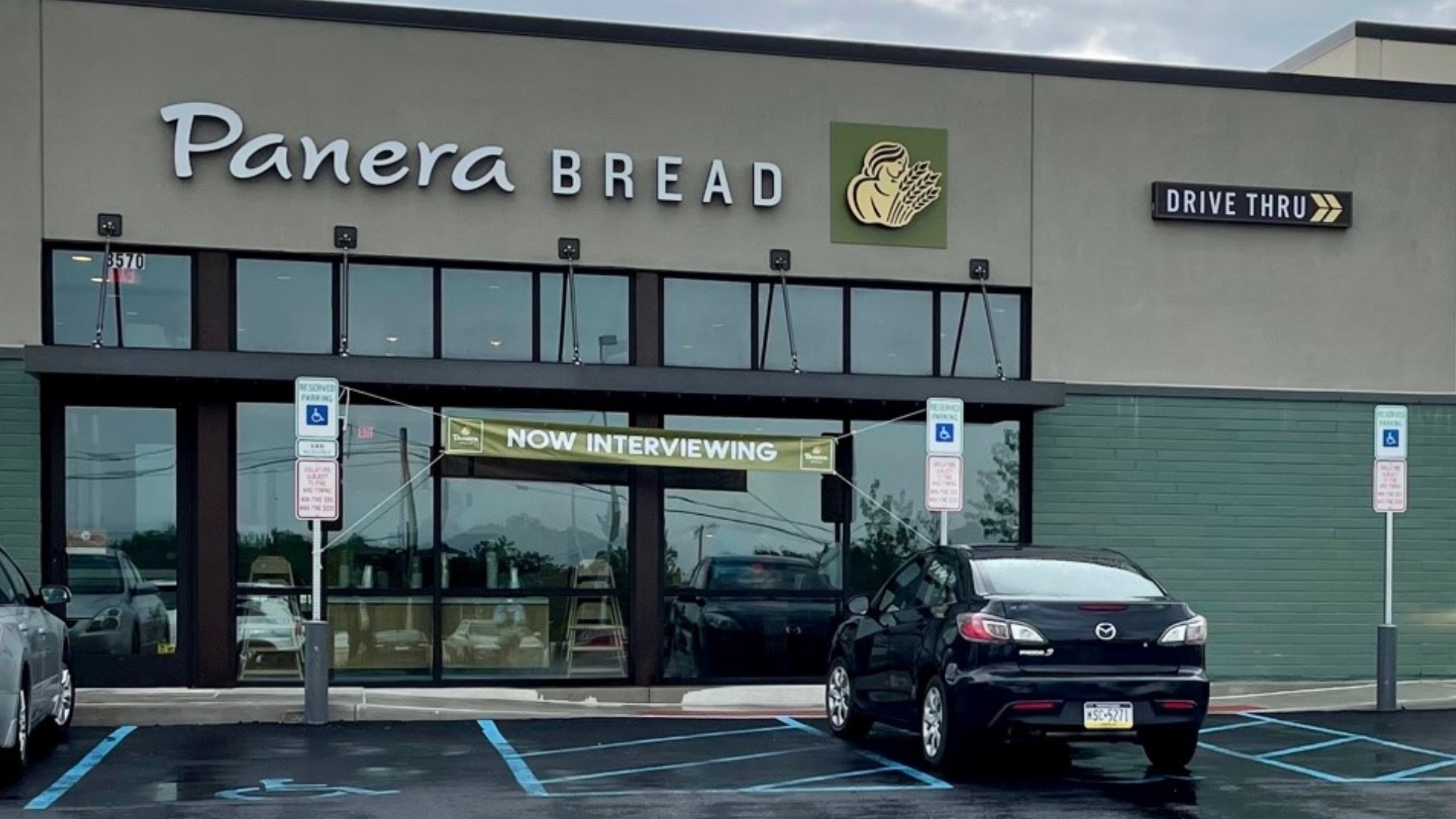 Folks were picking up food they ordered online, dining inside, and getting lunch in the drive-thru.

"It's taken a long time, but it's worth it because their chocolate chip cookies are so good. And as soon as we heard that it opened, we're like we're going for cookies because they're our favorite, we usually travel like 45 minutes to the other one just to get them," said Seanna Ashton, Shavertown.

"Panera is our favorite place. We were really upset when it got blown away. But we're glad it's back. It's too far to go up to Scranton," said Mary Ann Martinsky, Forty Fort.

On the evening of June 13th, 2018, an EF-2 tornado touched down, and Panera was in its destructive path.

"I remember the old one, it was really good, but it was gone pretty quick," said Ashton.

While customers tell Newswatch 16 They are thankful Panera has reopened, they tell us the images of what the Panera looked like after that tornado are still in the forefront of their minds.

"I just couldn't believe all the damage that that happened in such a short period of time, we're not, we don't get tornadoes, I mean that's something we don't hear of around here," said Martinsky.

"We were at school at the time, like when it all happened, but I remember it flooded really bad our basement was all flooded. This was gone. I think Ashley Furniture Homestore was gone too. So, yeah, a Barnes and Nobles that was messed up yeah like everything was closed, it was crazy," said Ashton.

"But I'm just glad to Panera's back, and I'm glad they have the drive-thru too," said Martinsky.

RELATED STORY: Panera Bread to be Rebuilt in New Location After Tornado