DALLAS TOWNSHIP, Pa — Principals, parents, pupils, and penguins paint the pavement on the playground at Wycallis Primary Center near Dallas. This project ... 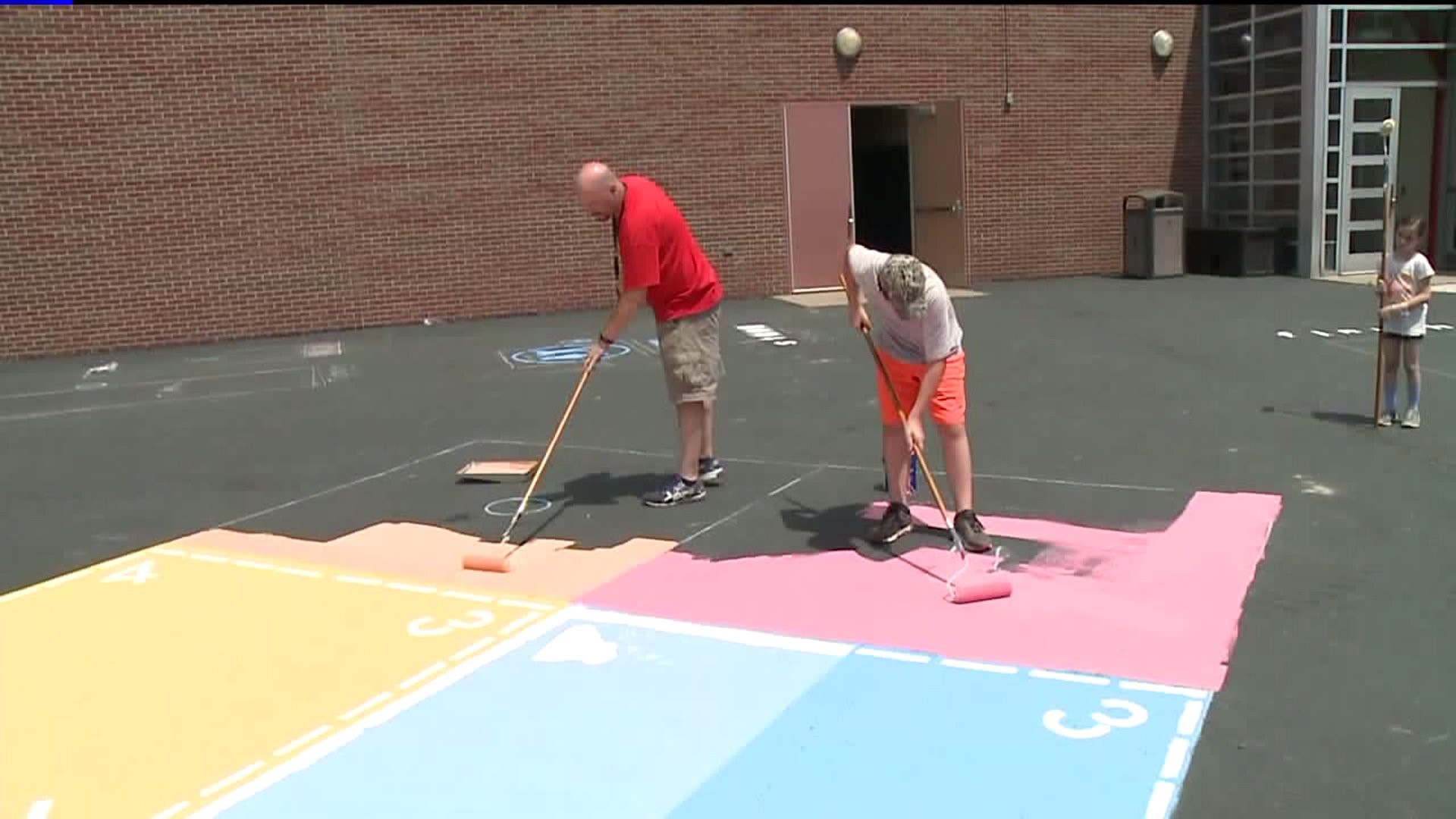 DALLAS TOWNSHIP, Pa -- Principals, parents, pupils, and penguins paint the pavement on the playground at Wycallis Primary Center near Dallas.

This project by volunteers celebrates the 20th anniversary of the school and aims to provide learning opportunities for students during recess.

"We're looking at different aspects as far as a hopscotch court, we're looking for academic components as well such as number grids, compasses," explained Principal Brian Bradshaw.  "A lot of different things so they can go ahead and continue some of the things they're inside the school and extend that out here to the playground while they're having some fun."

"If you learn during recess, you could be smarter and kind of like get better at school and stuff," added Dallas Middle School student Charlie Stephens.

With Dallas Intermediate coming in next door, Wycallis Primary Center will now be home to kindergarten through second grade. Organizers tell Newswatch 16 they took that into consideration when deciding what to put out here on the playground.

"I worked a lot with the primary teachers on trying to pick images and games to paint on the playground here that was age-appropriate and would also encourage people to play together in groups and socialize outside," said parent organizer Adriana Stephens.

"They show you how to do jumping jacks and obstacle courses," added Charlie Stephens.

Volunteers are still needed to complete the painting project on Tuesday, July 16.  If you're available and feel like lending a hand, stop by the Wycallis Primary Center between 9 a.m. and 5 p.m.