More than 100 people march for justice in Luzerne County 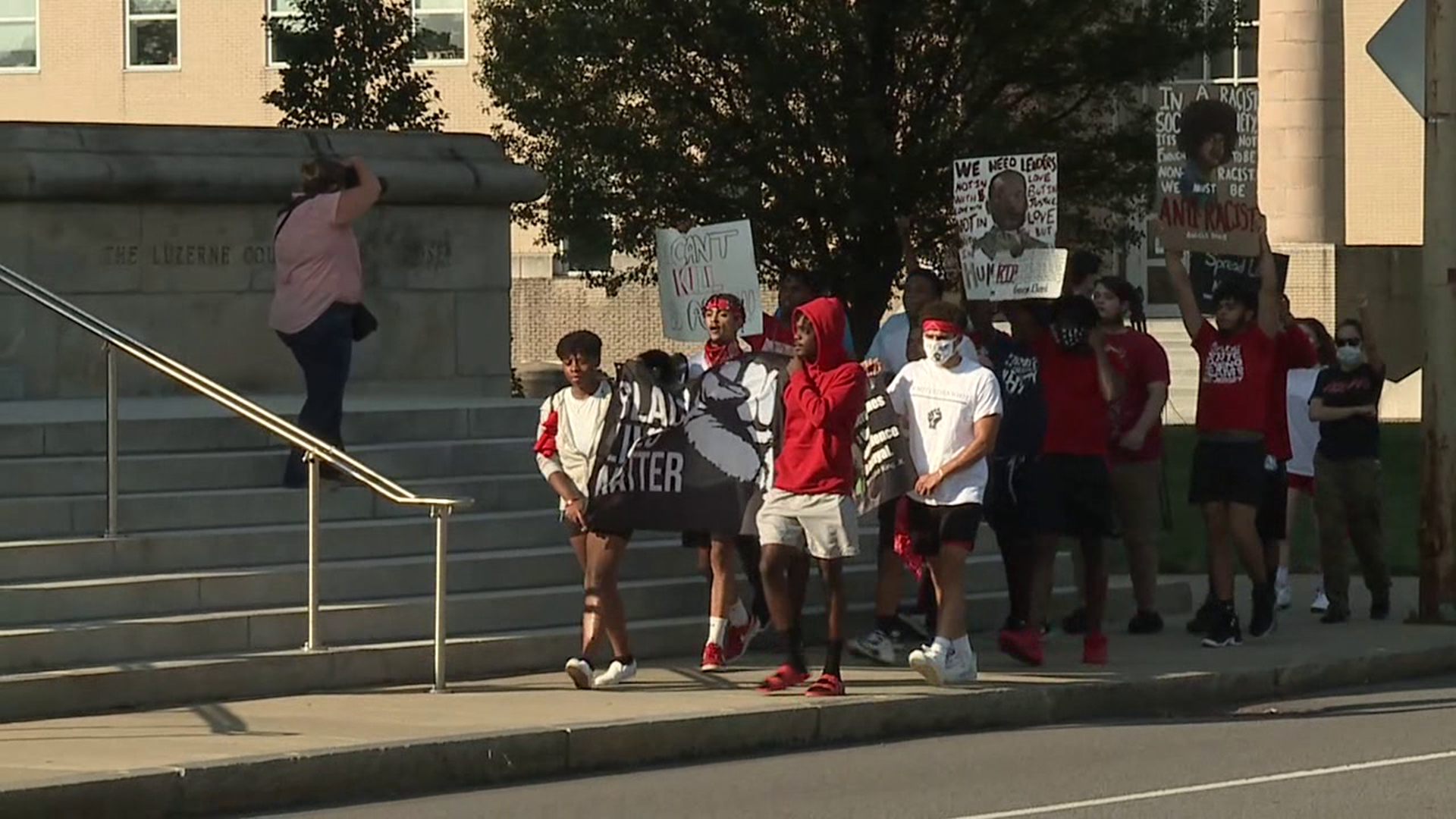 Mackey died in June of 2018 while in custody at the prison, and although an autopsy report produced by the county said he died of natural causes, his family believes he was denied proper medical care and mistreated by prison staff while he had a seizure.

"We're here to keep this on the front lines, so everyone is aware what's going on we wanna keep it, we're trying to keep his name alive. That's what we're doing; that's why we are here today," said Tatiyanee Mackey, daughter of Shaheen Mackey.

A video taken inside the correctional facility at the time of the incident, it started circulating on Facebook last week.

The county recently settled a $3 million wrongful death suit in the case, but marchers tonight say they want justice.

People said they want the officers who tased, yelled at, and denied Mackey medical attention during his seizure fired, and new protocols implemented for prison staff.

"Clearly, there was correctional officers who murdered a black man, so there should be justice automatically, just like as if I murdered somebody today, I would be prosecuted immediately," said Savion Saunders of Wilkes-Barre.

Several demonstrators said marching from the prison to the courthouse was a gesture to honor Mackey, and his life and to make a statement that justice means more than monetary compensation for what happened.

"If it was up to me, we would, there would be reform in the prison that would be first. Everyone needs to have their certifications redone, their CPR certifications all that needs to be reform, basically reform," said Tatiyanee.

Marchers have gathered hear at the courthouse to continue their demonstration and celebrate the life of Shaheen Mackey.

Mackey's daughter tells me this is not the last time you'll see an event planned in his honor.