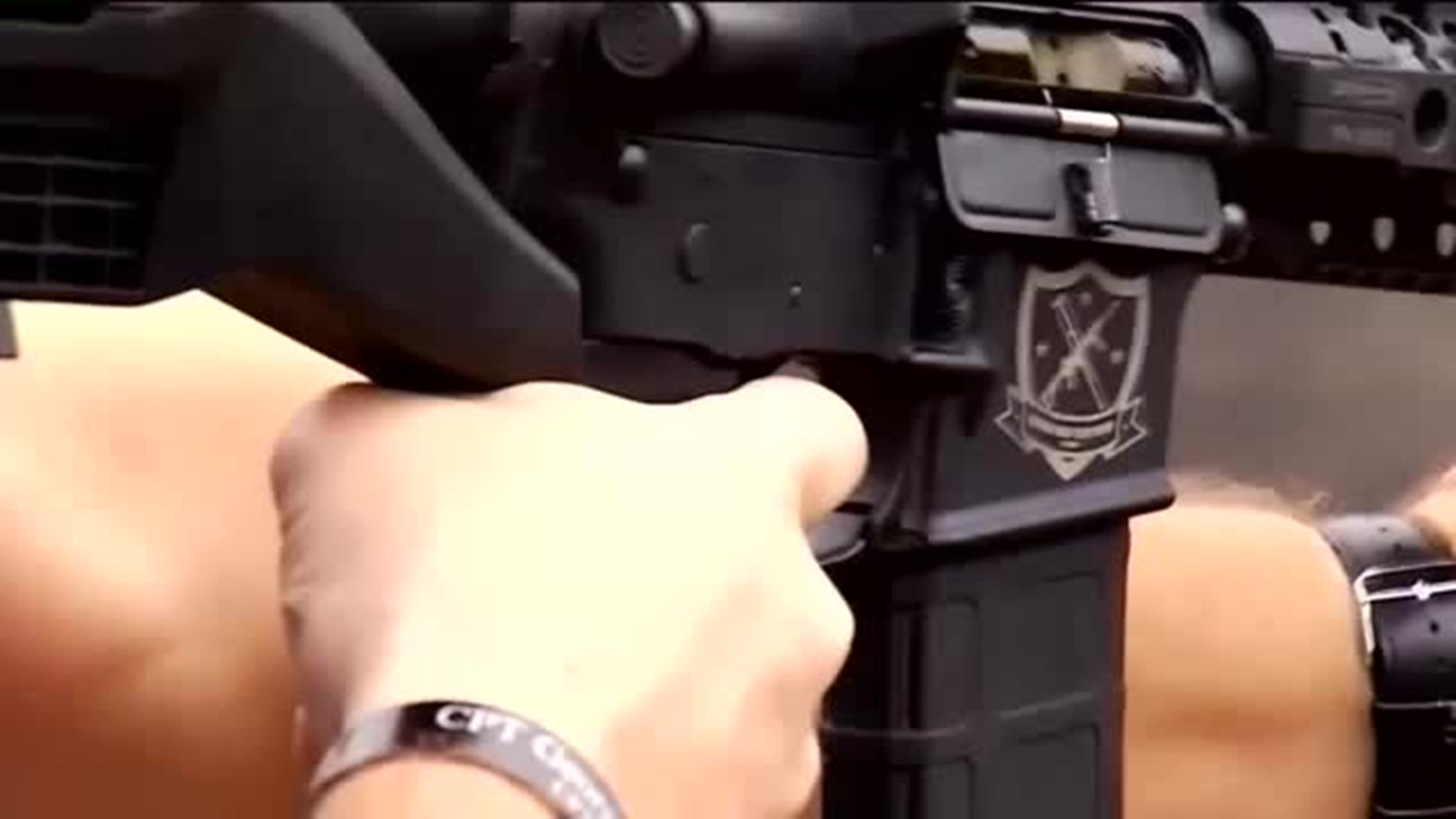 The Luzerne County gun store hasn't sold many bump stocks and does not promote them. Still, Gnall believes the newly imposed ban is an attack on his Second Amendment rights.

"A ban of any kind is something I am not a fan of, so for a gimmicky piece of plastic I think it was a little extreme," Gnall said.

Bump stocks modify semi-automatic weapons into fully automatic weapons. The device was used by the gunman who opened fire in Las Vegas in 2017, killing 58 people and injuring hundreds more.

"I think there's a mental thing that is existing in the country. The big thing is finding out what is causing people to want and go do that," said Gnall.

With the ban now in effect, if you are caught with a bump stock, you could face felony charges.

The U.S. Department of Justice says bump stock owners can do one of two things: destroy them or drop them off at a nearby ATF office.

Get more information from the Department of Justice website.

"There's always some sort of new law that wants to come out and it is just fact that criminals do not follow laws, so when we are restricting legal gun owners, that is not fair," Gnall added.

"I applaud and am very pleased that this action was taken but in my opinion, it was not enough," said Czelaw Kuliczkowski.

Newswatch 16 spoke with the former hunter and priest in Wilkes-Barre.

"The tragedies our nation has suffered via the loss of life of innocent people is something we should all learn a lesson from," Kuliczkowski said.