WILKES-BARRE TOWNSHIP, Pa. — Much of Mundy Street in Wilkes-Barre Township in blocked off where the tornado damage is. A lot of the businesses closed beca... 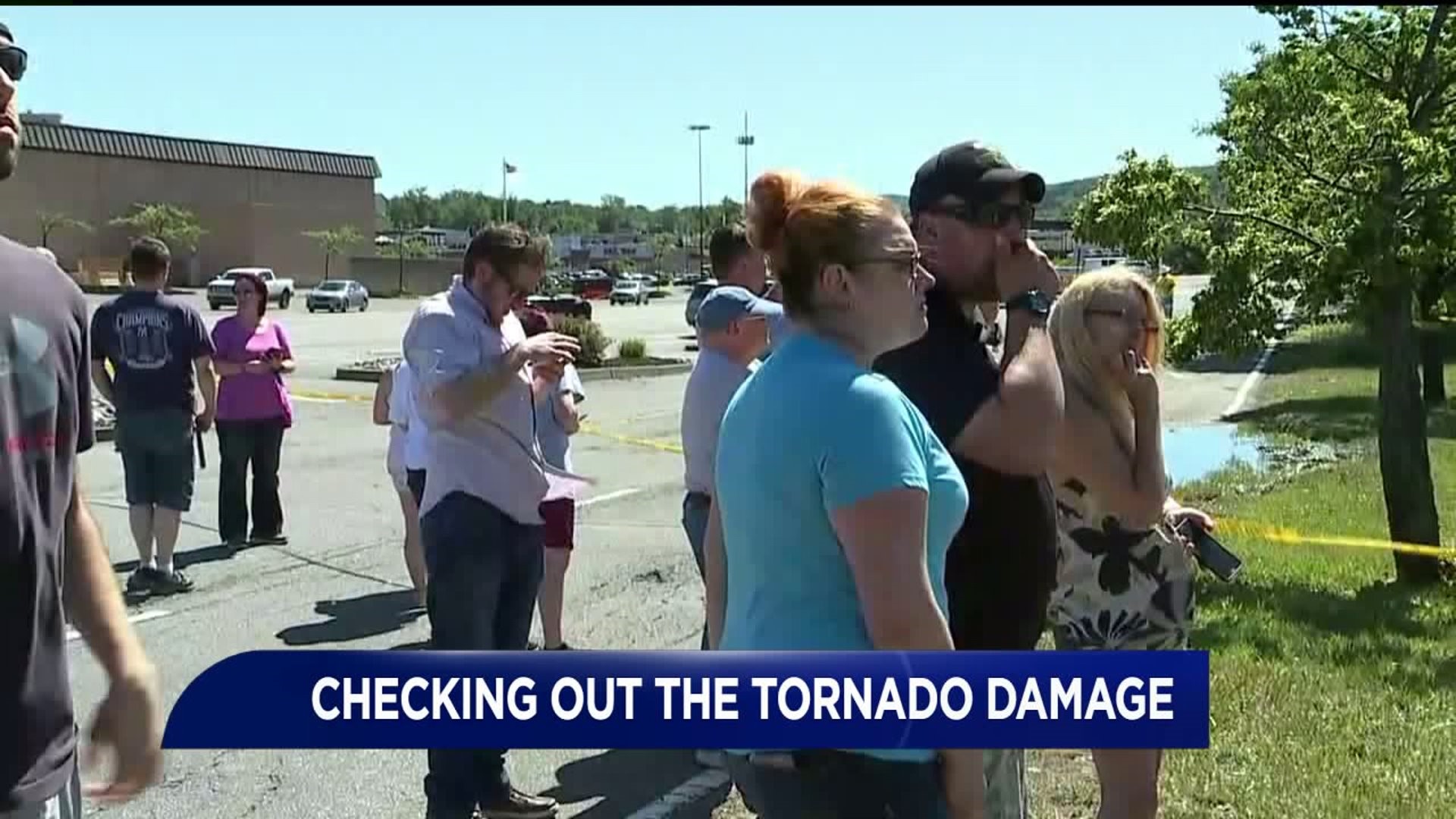 WILKES-BARRE TOWNSHIP, Pa. -- Much of Mundy Street in Wilkes-Barre Township in blocked off where the tornado damage is. A lot of the businesses closed because power is out in much of the area.

First responders are keeping all of the media far away from the damage. They are also telling the public to stay away from the scene but we did find people in and around the area trying to look at the tornado damage.

The Wyoming Valley Mall was closed Thursday but there were still many people in the parking lot looking at the damage.

People are starting to line up outside the Wyoming Valley Mall to check out the storm damage @WNEP pic.twitter.com/IihB1hbwiP

"There was a tornado that came through Mountain Top a few years ago and I know how much it devastated here so I came to see what the devastation was here. It's incredible," said Steven Garrett.

Many of them were shocked to see the major shopping district near Wilkes-Barre is such bad shape.

"I've been living here for 20 years and I've come up this street so many times and to see brand new cars flipped over on their roofs and having roofs torn right off is just absolutely incredible," Garrett added.

Some of the people looking at the damage were inside some of the businesses Wednesday night when the tornado came through.

Paul Reap he was inside Teasers nightclub.

"I was there when it started, 9:55 was when the whole alarm system went off on my phone, and we grabbed everybody and put them in a safe area," said Reap.

Reap says he couldn't believe what he saw outside once the storm passed.

"We came out here and checked all the cars. It was a pretty glorified sight. especially the truck that is flipped over there and a couple cares crunched together."

Business owners we have talked to are waiting for the all clear to go to their properties to check out the damage.

They did meet with emergency officials earlier but we are unsure when they will be allowed through.