One teen killed in car crash, two others rushed to hospital

Dallas Township police said the driver lost control of the vehicle, veered off the road, and hit a tree. 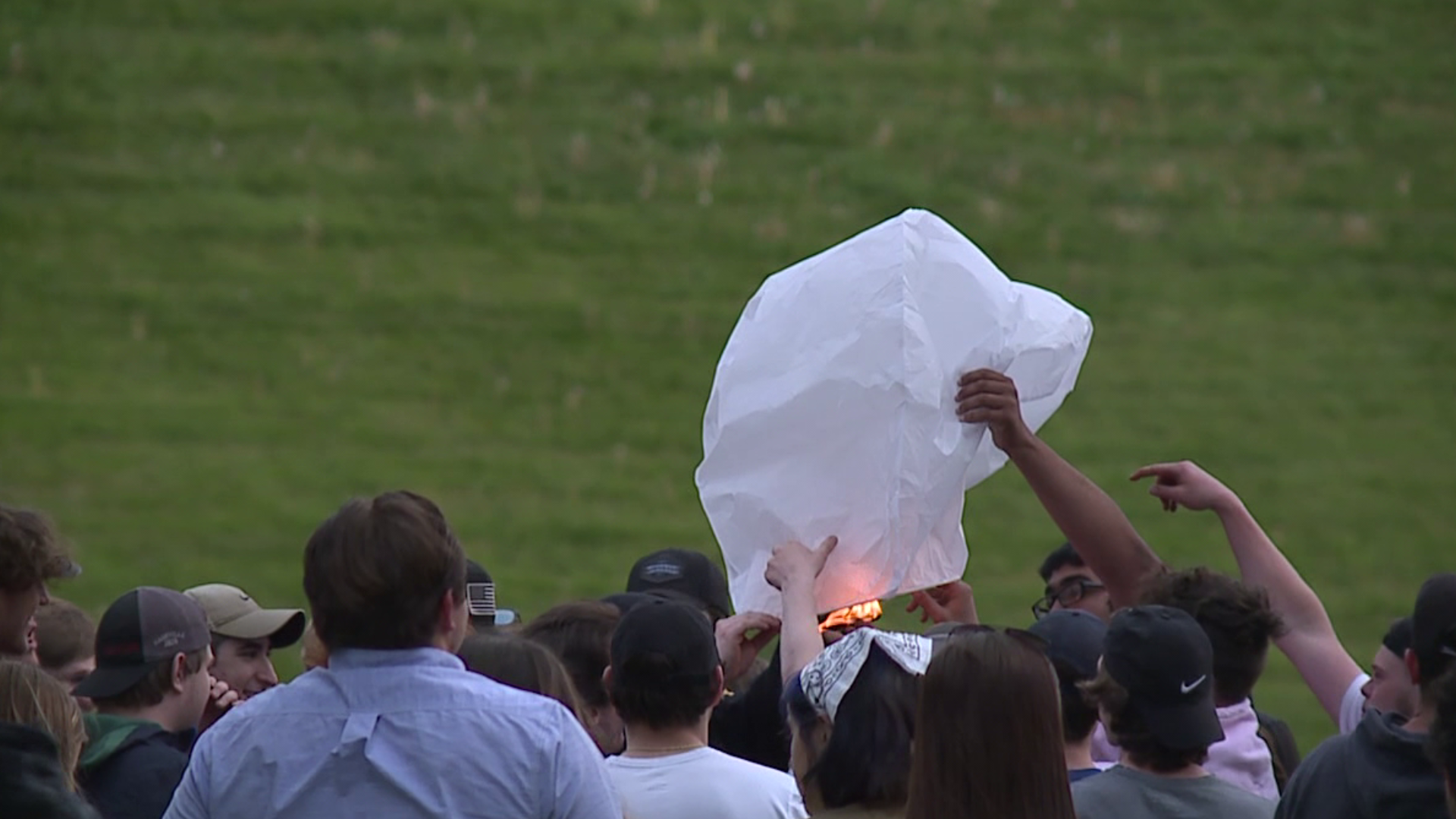 DALLAS, Pa. — A 19-year-old man was killed in a wreck in Dallas Township around 1 a.m. Monday that sent two other teenagers to the hospital.

Dallas Township police are not releasing the names of the victims, but all three are well known in the Wyoming Area School District.

The young man who died was remembered at a vigil on Monday night in Kirby Park in Wilkes-Barre.

Dozens came together, lighting off paper lanterns and remembering the 19-year-old from Luzerne County.

Police in Dallas Township have not said who was driving but did say all three needed to be rescued from the vehicle.

Officers said the driver lost control of the vehicle along Kunkle Alderson Road in Dallas Township, veered off the road, and crashed into a tree.

The principal of Wyoming Area High School tells Newswatch 16 the two boys who were rushed to the hospital are current students at the school.

The 19-year-old who was killed graduated last year.

Wyoming Area Athletic Director Joe Pizano said the 19-year-old was a star athlete, saying in part, "He was an excellent student-athlete from Wyoming Area who excelled in football and track and field. He was a friend to many and will be sadly missed."

"He was a football player that I know of, and a lot of people say that he was so very nice, always there when you needed him. Rest in Peace to him," friend Katelynn Kimseo said.

Kimseo said she was with the two victims who are now in the hospital just a couple of hours before the wreck.

She said this crash has really hit her high school community hard.

"It's very shocking. It's a little bit scary because now I feel like I don't even want to be in a car myself," Kimseo said.