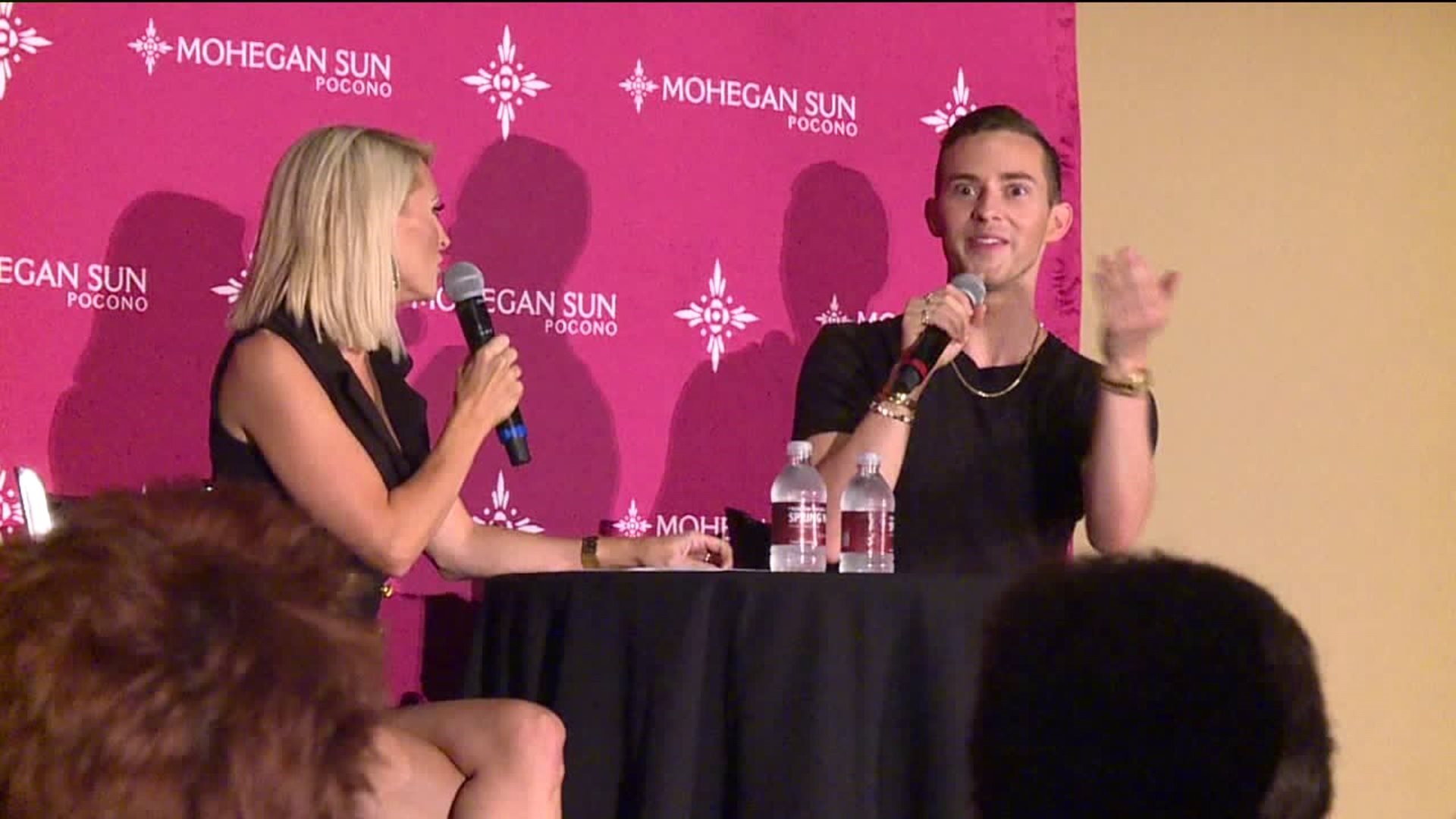 A native of Lackawanna County, Rippon met with fans and participated in a question and answer session with Newswatch 16's Sharla McBride at Mohegan Sun Pocono in Luzerne County.

People came from near and far to meet the Olympic medalist and "Dancing with the Stars" champion.

A native of Clarks Summit, Adam Rippon returned to his roots, entertaining a crowd inside the ballroom at Mohegan Sun Pocono.

"It's so nice to be back. Any chance I get to come here, it's always so nice. I get to see my family, friends, and you can't go wrong with the beautiful rolling hills," Rippon said.

Some of his biggest fans waited for hours to meet him.

"I watched him in the Olympics. I watched him on the Ellen show. He is so personable, and he's just a joy to watch, and I certainly hope he comes back again," said Joan Narcoonis of Olyphant.

"I love Adam. He is such a huge inspiration to me, and I love 'Dancing with the Stars.' I'm actually a ballroom dance instructor, so I was just talking to him about that, just a huge inspiration," said Sean Henry Martinez of East Stroudsburg.

"Did you make any kids cry?" McBride asked.

"Everybody cries!" Rippon replied. "Don't go, 'Aww.' They're either going to cry on the show or at home. I just sped up the process. Expedited."

While Rippon admits his rise to superstardom has been nothing short of amazing, he credits his upbringing here in northeastern Pennsylvania to keeping him humble.

From skating, to dancing, to acting, Rippon has enjoyed doing it all in 2018. As for next year, he's not sure what the future holds but has a few simple goals in mind.

"I want to do something where I make people laugh, I make my bank account happy, and I make my family proud."