EXETER, Pa. — Officials tell us it could be weeks before Route 92 is back open after a water main break caused the pavement to cave in. Part of the road i... 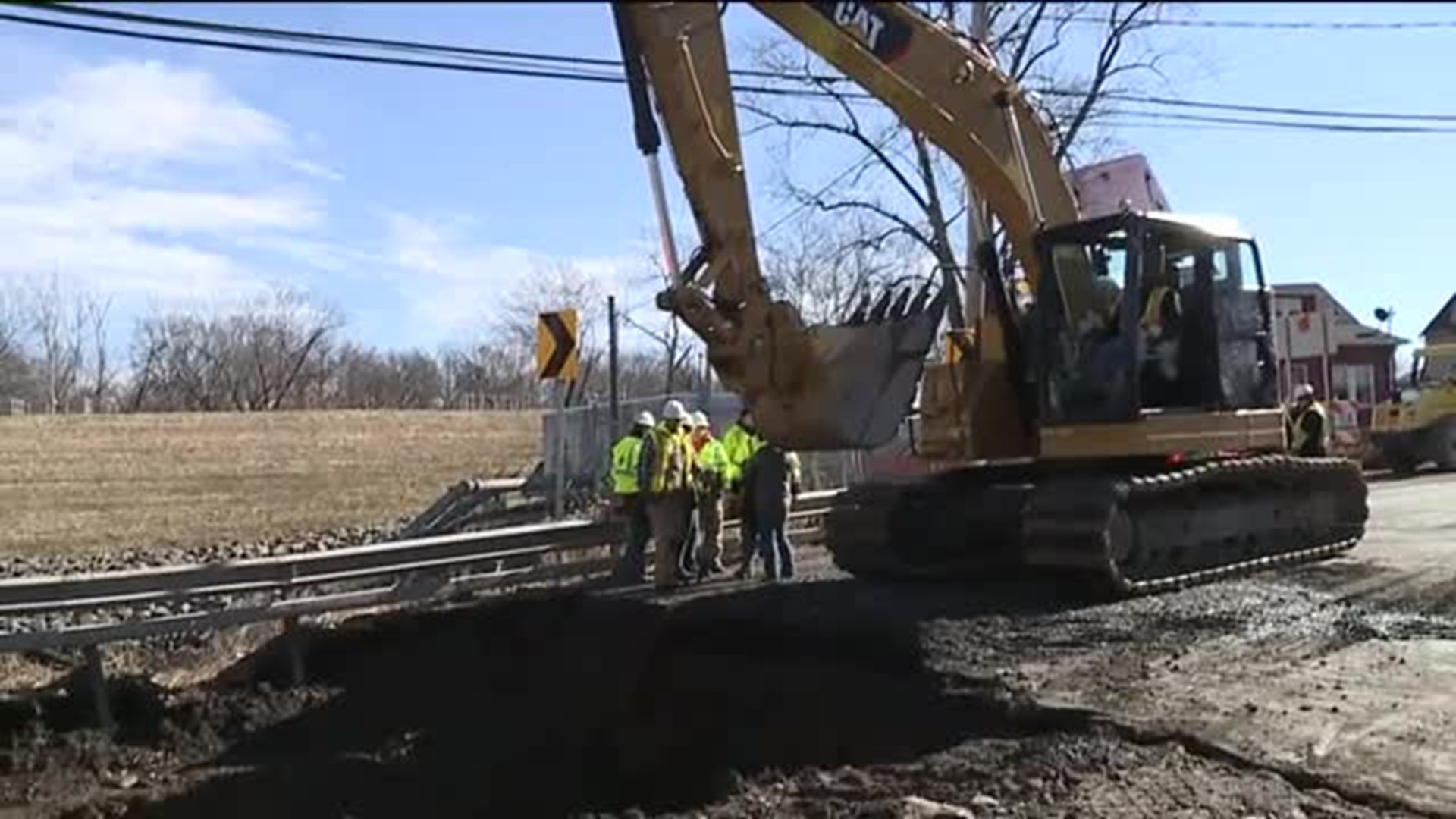 EXETER, Pa. -- Officials tell us it could be weeks before Route 92 is back open after a water main break caused the pavement to cave in.

Part of the road in Exeter collapsed Saturday afternoon, and when crews went to fix the water main on Sunday, more potential problems were discovered.

"We were just going for a Sunday drive on a Saturday. Came through the road about an hour before and then I was watching the 6 o'clock news and we saw it on the news, and I couldn't believe it. That's why we came up here," explained Peter Lubinski of Pittston.

Officials say a water main break caused the road to crumble on Saturday afternoon, but that's not the only issue crews are dealing with. PennDOT tells us there's a possible sewage leak as well, and a massive pipe that runs under the road along Hicks Creek is also damaged because of that water main break.

For the foreseeable future, drivers will have to go three to four miles out of their way to get around the damaged road.

People from the area who use Route 92 frequently were stopping by the construction site throughout the day to check out the damage.

"It's very critical. Many people use it to go up to Harding and into Wyoming County," said Dave Chomp of West Pittston. "There's a lot of tractor trailer traffic that uses the warehouses back there."

As for the next steps, PennDOT is going to have to come up with a design to make temporary repairs. That's going to take some time, so this portion of Route 92 in Exeter will be closed for at least a couple of weeks.

"If you live up in Falls or Tunkhannock, and you want to get down this way, this is the only way down. Unless you can get across the bridge in Tunkhannock, but that's quite a hike for some people," said Lubinski.

Crews worked to fix the broken water line Sunday afternoon and filled that hole for safety reasons. Officials tell us that if the large pipe underneath the road can't be fixed, that could lead to a massive project in the future.