WILKES-BARRE, Pa.  — A nursing home aide is accused of assaulting a woman in her care in Wilkes-Barre. Police arrested Berianne Smith, 24,  from Wilkes-Ba... 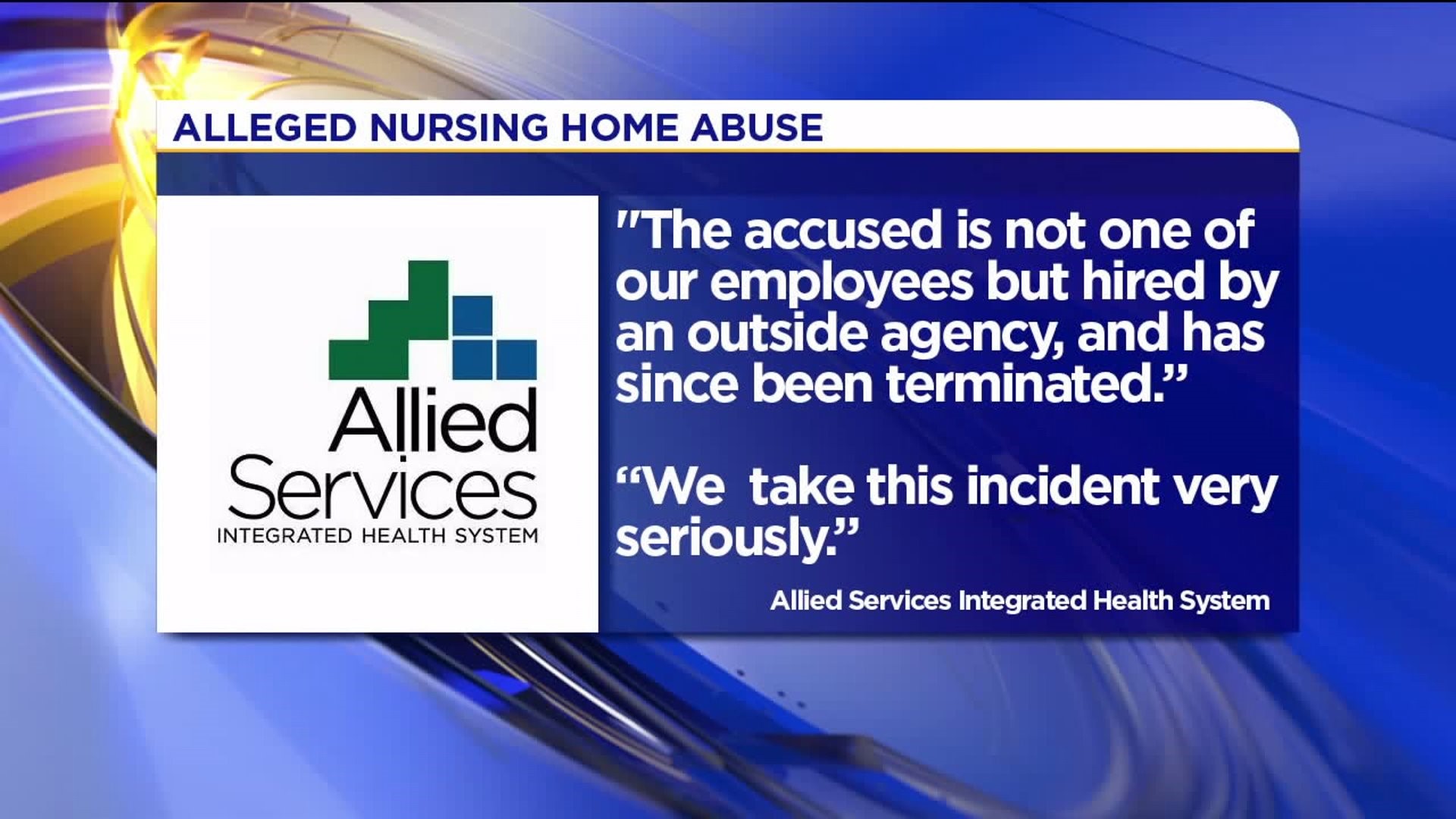 WILKES-BARRE, Pa.  -- A nursing home aide is accused of assaulting a woman in her care in Wilkes-Barre.

Police arrested Berianne Smith, 24,  from Wilkes-Barre on charges that she attacked that resident.

Officers were called to former Little Flower Manor Saturday evening after another aide told them he witnessed Smith assault that resident around 2:15 p.m.  that afternoon.

Francis Mamola and Karen Baloga say their wife and mother stays there.

“That's really surprising,” said Baloga. “I'll tell you what, I think (the staff is) wonderful. They take care of my mother the best, the place is nice and clean, they treat her well.”

“I'm surprised certainly, they take care of my wife real good, I have no problems,” said Mamola.

That worker told police he heard that resident screaming from her bathroom and when he ran to help, he saw Smith grabbing and twisting sensitive parts of the woman's body.

That witness says he noticed the woman's nose was bleeding and says the woman told him Smith hit her in the nose.

“That is terrible. I would never think it would happen here, you know?” said Baloga. “You always hear very nice things, they help people.”

In a statement from Allied Services, the company said:

"The accused is not one of our employees but hired by an outside agency, and has since been terminated.

“We take this incident very seriously.”

No one answered Smith's door at her home on Beech Street in the city.

Her neighbor says she doesn't really know Smith but can't believe what she is accused of.

“I'm in that field and I just can't imagine any type of abuse, on the elderly, intellectually disabled,” said Danielle Leake. “I'm totally against that and I can't believe it, I really can't believe it.”