UNION TOWNSHIP, Pa. — A school district in Luzerne County will soon have one of the nicest track and football fields in the area. The upgrades have been a... 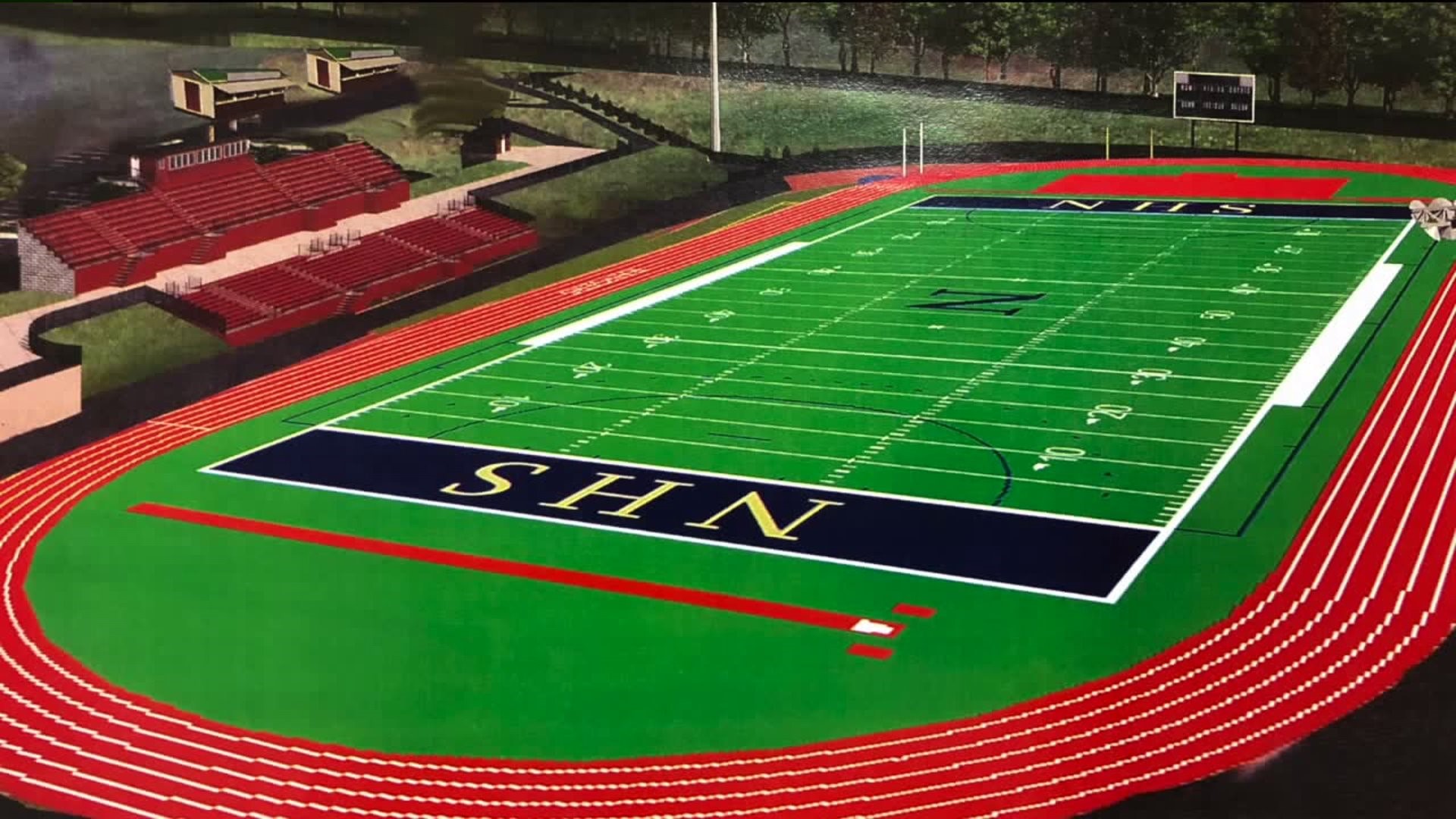 UNION TOWNSHIP, Pa. -- A school district in Luzerne County will soon have one of the nicest track and football fields in the area. The upgrades have been a long time coming.

Right now, the Northwest Area High School football stadium resembles a mud pit for dirt bikes and ATVs, but by the end of August, it will be transformed into something much more lavish.

"The excitement is really building," Bette Ellis, the director of district operations, said. "This will bring our school district right into the 21st century with a state-of-the-art athletic field for our students."

Coming to the Ron Powlus Sr. Athletic Complex near Shickshinny will be a new turf football field, a regulation-sized track, LED stadium lights, to go along with new bleachers and a new press box.

"To me, this isn't just an athletic project," Athletic Director and Assistant Principal Cassidy Shultz said. "This is a community project and an academic project because a lot of our classes will be able to use this complex, too."

Northwest Area received multiple grants for the project. All in all, the facility will cost a little less than $3 million.

Incoming senior athletes can't wait to use the brand-new track and field in their final seasons as ranger athletes.

"It's really exciting," junior Lindsey Thomas said. "For my senior year, I'll get to get right out on the track and practice as much as I can. I feel like our 4x1 team will be able to go to states this year, so we'll be able to practice outside, as a team, right away."

For football fans in the Shickshinny area, the Rangers open the regular season on September 14. Barring any type of bad weather, the district hopes to have the athletic complex fully finished by August 31.