No swimming at Lake Jean 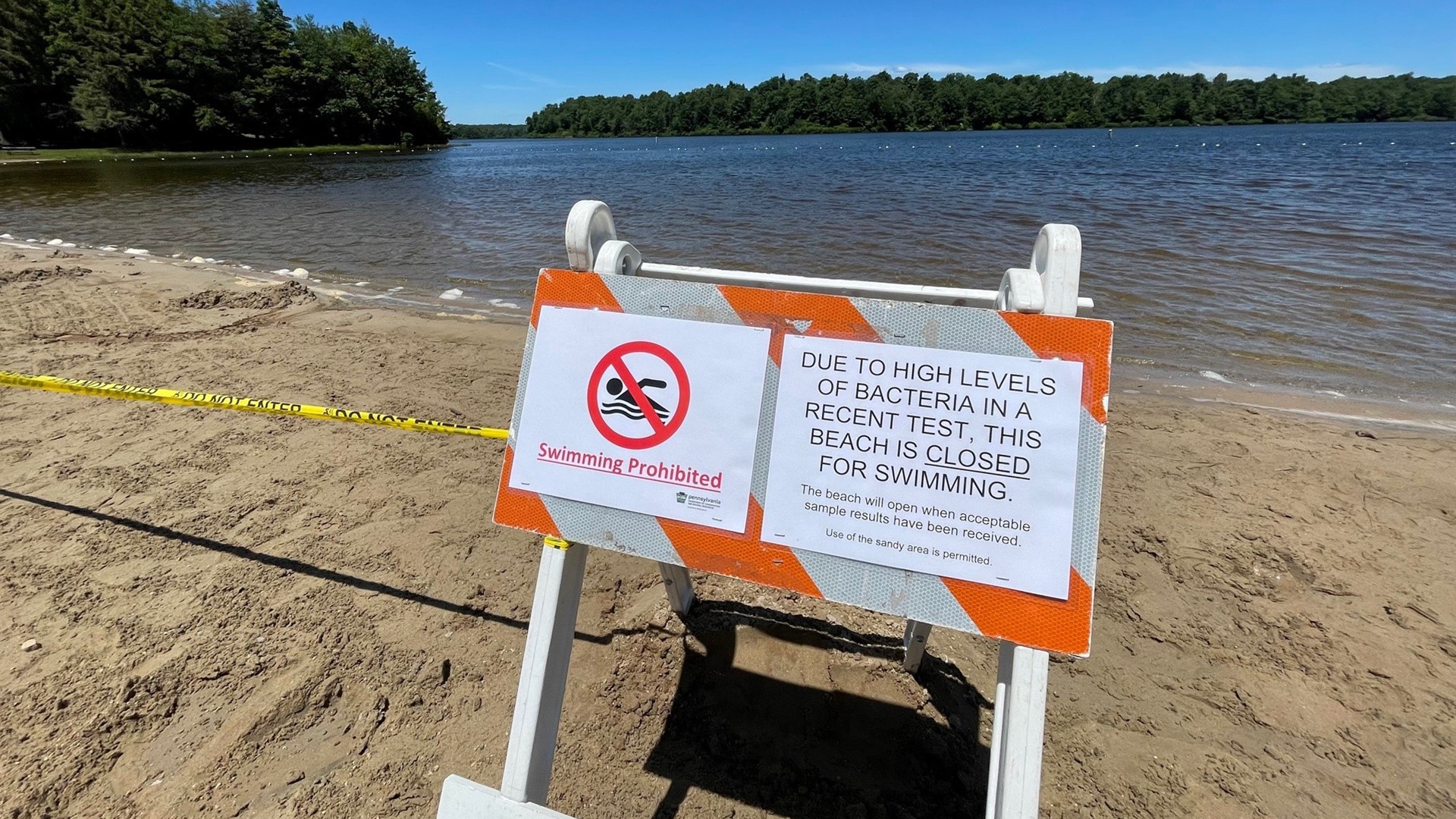 "Come up here, at least every couple of weeks, because it's the coolest place when it's hot," said Christman. "Nice hiking, beautiful scenery, I do a lot of photography. Molly loves the water."

But Molly can't swim at the lake, and neither can anyone else because of high levels of coliform bacteria in the water.

Park officials say this is common bacteria found in fresh water. The high level could be for several reasons, including heavy rain, animal droppings, or water conditions where the sample was taken.

Officials say the danger is very low, but swimming will not be permitted until levels return to public bathing standards.

"I wanted to swim after I got from a long day of hiking because we just went hiking," said Ethan Karshick of Bloomsburg. "But then we found out that we couldn't swim."

"The second I saw the signs, I'm like, 'OK, this is closed,'" said Lance Watkins of Mifflinville. "OK, we can just sit on the beach for a while."

Even though you aren't allowed to swim in Lake Jean right now, the water isn't completely off-limits. You can still go out on a boat.

"Yeah, the sun's out now that's nice, and there's hiking trails and a lot of places to walk and explore nature," added Karshick.

Officials say they don't foresee the closure lasting very long and hope to get a better test result soon.

You can find more information here on the park's Facebook page, where they are posting updates.