WILKES-BARRE, Pa. — It was a terrifying morning in Wilkes-Barre on Tuesday as children had to jump from a burning apartment building. The alarm in the 300... 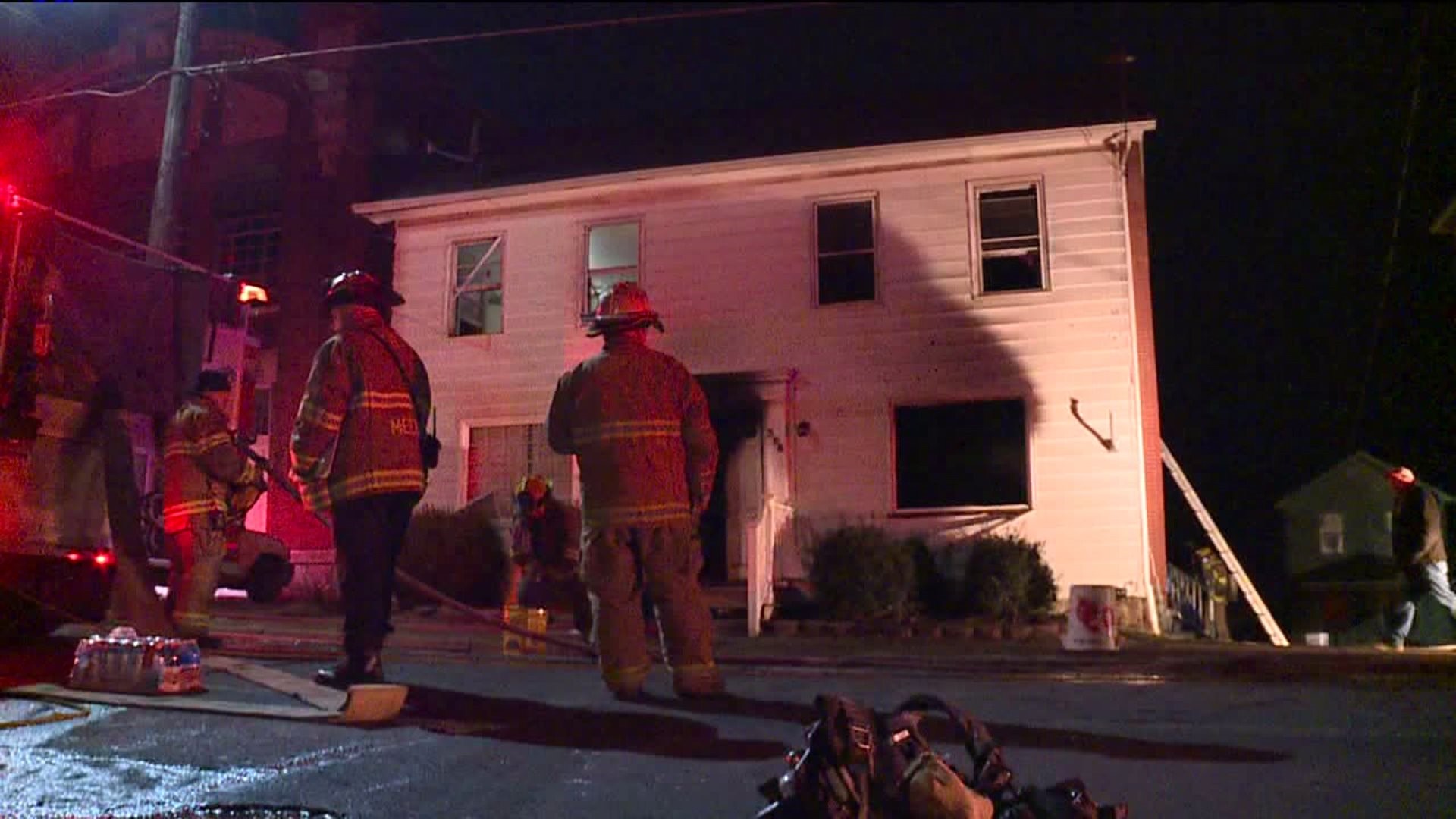 WILKES-BARRE, Pa. -- It was a terrifying morning in Wilkes-Barre on Tuesday as children had to jump from a burning apartment building.

The alarm in the 300 block of Scott Street came in a little after 2 a.m. Smoke and flames were showing when the first firefighters arrived.

Two kids were trapped on the second floor. The only way out was to jump.

Randy Kreitzer was here visiting friends. He was down below and helped catch the children as they jumped.

We kicked the door in," Kreitzer recalled. "Black smoke from the bottom of the door and pushed us back. We couldn't get up the stairs."

The only option left: the children had to jump. Kreitzer helped catch them and get them to safety.

No, not a hero. I'm a good Samaritan," Kreitzer replied. "And I'd do it for anybody."

Kreitzer says the rescue was like a miracle, and the young ones rescued are "God's children."

This was Sandy Debalko's home. She moved in only a month and a half ago. She tried to let other tenants know the building was burning.

"I'm screaming 'Fire!' and we went around the side and the kids were up in the top. We're screaming and my friend caught them and had them jump out and caught them," said Debalko.

The fire chief believes the children, who had to jump to save their lives, will be OK.

"Both children from the 398 side were transported to a hospital, would appear to be minor injuries, injuries from the jump," said Wilkes-Barre Police Chief Jay Delaney.

This fire presented quite a set of challenges for the Wilkes-Barre Fire Department -- a burning apartment building, filled with people, in the middle of the night.

Eight people lived there, and everyone made it out alive.

The two children were the only ones hurt. All the firefighters are Ok.

The Red Cross is helping the people who lost their homes.

Inspectors are looking for the cause of Tuesday morning's fire in Wilkes-Barre.