No more losing water in Nescopeck 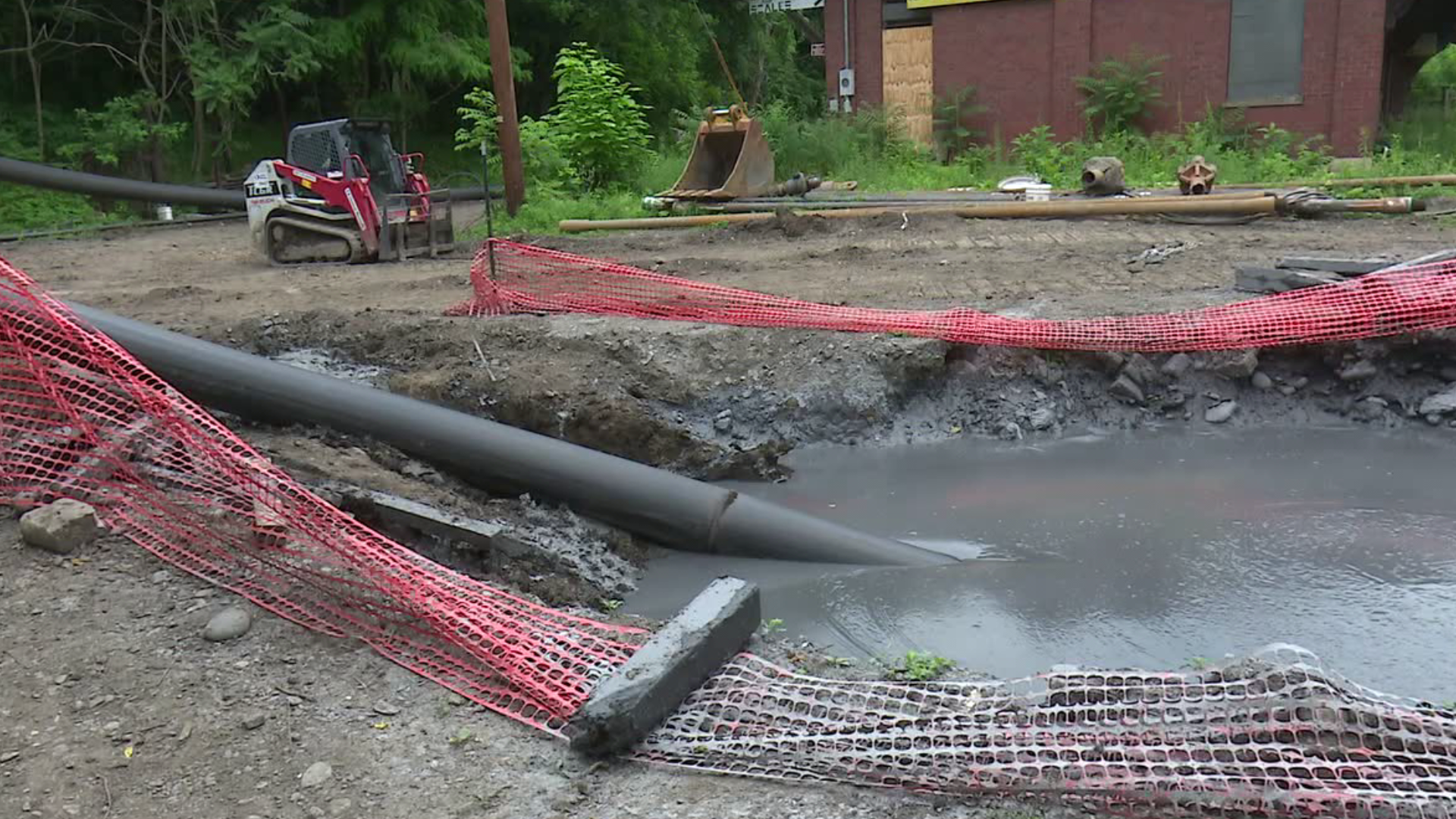 NESCOPECK, Pa. — Cheryl Maier says she never drinks water from the sink at her home in Nescopeck, relying solely on bottled water.

"Sometimes the water doesn't taste exactly right, sometimes there's an odor, so it leads you to believe that something has been going on," Maier said.

The company is installing a new water main across the Susquehanna River between Nescopeck and Berwick. The existing pipe has been there since the 1960s; the new one should last for about 100 years.

"The existing 12-inch pipe that runs underneath the river has had multiple breaks in the last 10 years. So in order for them to have a more reliable service for water, that's the driver for this. Because we don't want to have our customers out of service at all," said Richard Dudek, engineering project manager for PA American Water.

This project is unique; contractors are pulling the pipe under the river - which the company says is more cost-efficient and environmentally friendly than the traditional method of digging a trench.

It's noisy work, but residents here are hopeful that it's worth it.

"I hope so. Yeah, it's been long overdue. And I'm looking forward to something new taking place here in Nescopeck," said Maier.

And it's not just homeowners who are excited about the project. Business owners, like the owner of Unicorn Restaurant along the main drag of the borough, say the water supply has been an issue in the past.

"It has affected us, where we had to shut down, and I'm happy to see that they're repairing it and we're all back in business," said Christina Hess.

The new water main line is expected to be up and running by the end of the summer.

Customers' water service should not be affected during the work. The existing water mainline will be used as a backup once the new line is complete.