NJ Mayor Wants Chief Speziale to Step Down in Hazleton

HAZLETON, Pa. — A mayor in New Jersey wants a police chief in our area to step away from his duties in Hazleton. But the mayor of Hazleton tells us his po... 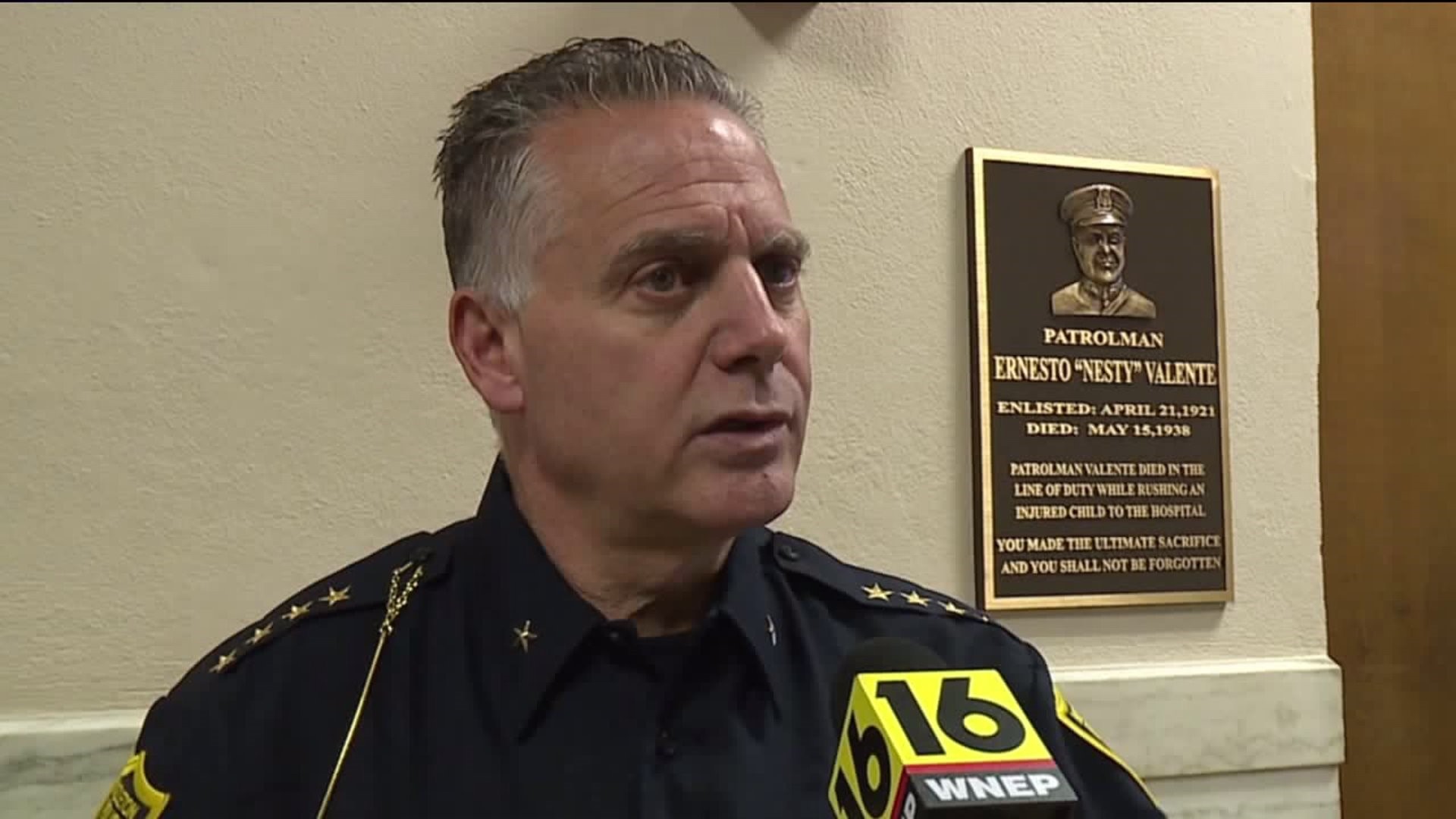 HAZLETON, Pa. -- A mayor in New Jersey wants a police chief in our area to step away from his duties in Hazleton.

But the mayor of Hazleton tells us his police chief is committed to the citizens in that part of Luzerne County.

Jerry Speziale has been the chief of police in Hazleton since 2016. He's also the public safety director in Paterson, New Jersey.

According to Hazleton's mayor, the crime rate in his city has dropped significantly since Speziale took the helm. But a mayor in New Jersey wants Speziale to step down from his role in Hazleton so he can focus on his other job in the Garden State.

According to an administration official in the mayor's office in Paterson, Mayor Andre Sayegh wants Speziale to step away from his post as police chief in Hazleton.

"Jerry is a member of my team here in Hazleton, and he is committed to myself and to the citizens of Hazleton. He has made it very clear that he will stay here as long as I am here, and I plan on being here for a while, so I expect Jerry and the rest of my team to stay together," said Hazleton Mayor Jeff Cusat.

An official tells Newswatch 16 the mayor in New Jersey wants Speziale to fully focus on his duties in Patterson because recently, the police and fire divisions have merged there.

"We have seen a reduction in crime of 44 percent. I, along with most of the citizens of Hazleton, are extremely proud and happy with the work that he has done with the police department," Mayor Cusat said.

People we spoke with in Hazleton echo what Cusat had to say. They hope that Speziale stays in Hazleton as police chief because they've noticed a lot of progress made in the city since he took over.

"We actually need him here. I think he's doing a terrific job and all of the police here in Hazleton. Without them, we'd be in a lot of trouble, with the influx of crime coming to the city," Richard Evanousky said.

"I'd really hate to see that happen because I think he's doing a great job," Debra Farkus said. "He just seems to let the public know what he's doing and how exactly he's going about it."

Right now, the mayor in New Jersey has only recommended that Speziale leave his job in Hazleton.

The chief is recovering from shoulder surgery, so Speziale wasn't in the Hazleton area. He had no comment.