Newswatch 16 Investigates: What Happened on Bus 24?

NANTICOKE, Pa. — A 12-year-old softball player riding on her school’s team bus after a game fell on the floor after apparently suffering a seizure. ... 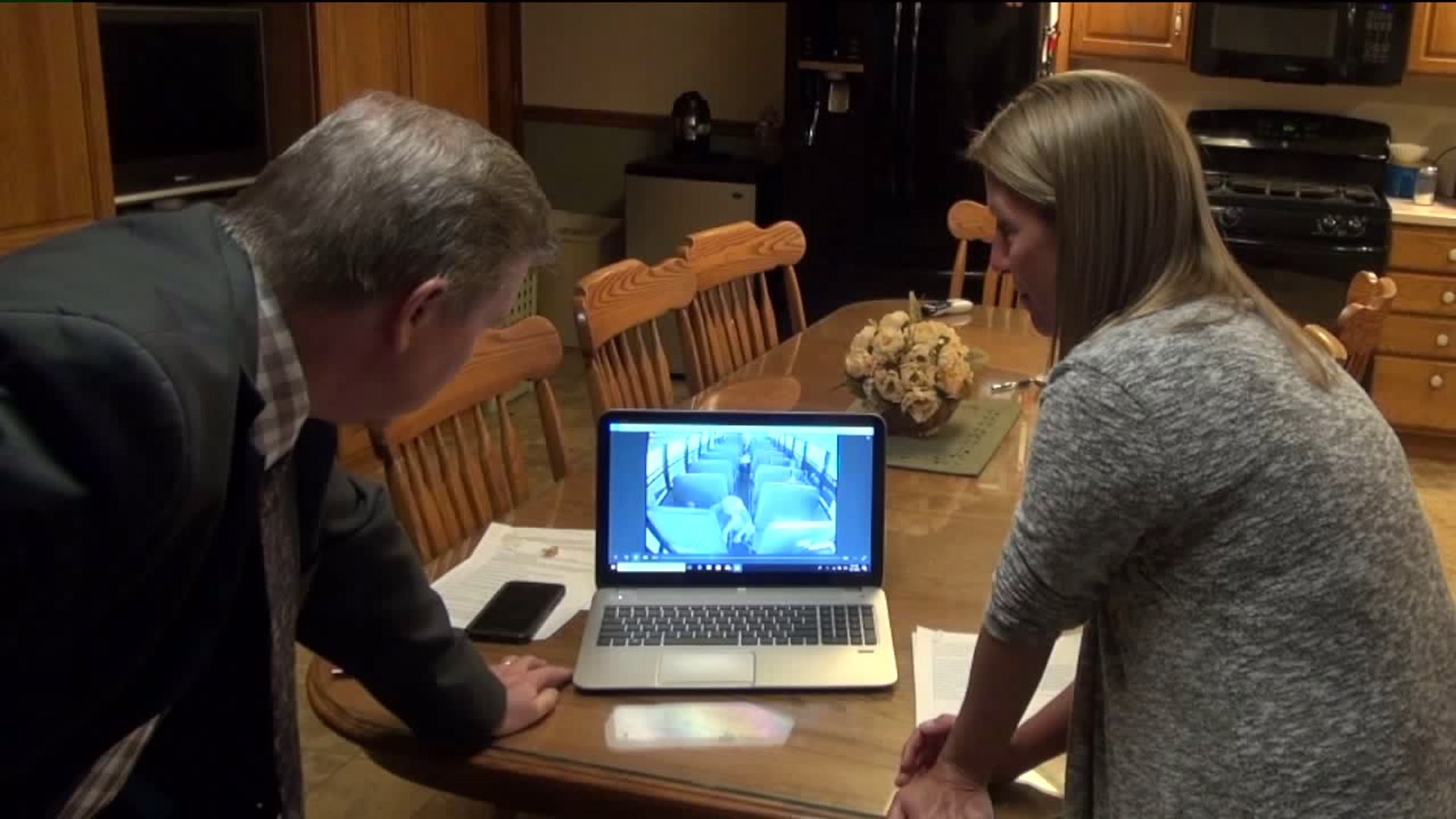 NANTICOKE, Pa. -- A 12-year-old softball player riding on her school's team bus after a game fell on the floor after apparently suffering a seizure. Video from the bus shows she lay on the floor for more than six minutes before anyone seemed to notice.

The girl has epilepsy and suffered what her doctor called as a grand mal seizure on the bus ride with her teammates at Greater Nanticoke Area Middle School in May.

Her mother is now coming forward with her story, which includes video showing two adults on the bus doing nothing while the girl had her seizure.

Her mother doesn't want us using her first name because the Nanticoke Middle School student is just starting to recover emotionally from what she went through, and the girl doesn't want to ride the bus to away games.

"She is constantly afraid that she is going to be somewhere and people aren't going to know what to do," said the girl's mother Sharon Cullen.

Cullen is still jolted by what happened on Bus 24 back in May.

Video from the bus shows her daughter, who has epilepsy, sitting down during the ride home after a softball game.

"She then falls out of the seat, banging her head on the frame of the opposite seat," said Cullen.

She suffered a concussion and bruises. Then she lay on the floor of the bus for more than six minutes.

"She's completely helpless and alone right now and no one has come to her aid," Cullen said.

Other girls on the bus claimed they were looking out windows trying to get truckers to honk their horns and did not notice their teammate on the floor.

"I don't have an explanation for that. I don't," said Cullen.

The coach tells Newswatch 16 by phone, he's a high school coach who was subbing for this one game. He says no one told him about the girl's medical condition.

Cullen thinks someone should have. That's because earlier, she filled out this a required of all student-athletes. It noted her daughter had epilepsy.

After the bus pulled into Nanticoke Middle School last May, an ambulance rushed the girl to the emergency room where she was treated and spent the night.

The girl's own doctor wanted to see the bus video to see if she had a seizure, how many, how long they lasted -- vital information for diagnosing a problem. But Cullen says when she asked for the video, it took the school system four days to produce it.

"I don't know why it wasn't given to her right away," said Mary Loughlin.

Loughlin is the head of the local chapter of the Epilepsy Foundation of Eastern Pennsylvania. She says the bus video was vital to helping the girl's doctor diagnose a grand mal seizure.

"People can die from seizures. They can die if they're left untreated or helped," said Loughlin.

Loughlin says the coach should have ordered the bus driver to pull off the highway and call 911 immediately.

In an email, Nanticoke school solicitor Vito Deluca wrote that most questions about what happened cannot be answered because of personnel or privacy concerns.

As to why the substitute coach was not told of the girl's epilepsy, Deluca writes that since the incident, the superintendent, "instituted a policy requiring the head coach to maintain a binder containing important student medical information and advise all assistant coaches of its content."

Cullen says that should have been done before her daughter's seizure.

"The coach that was on the bus didn't even have a roster," Cullen said. "Let alone, any medical information."

Cullen says the current policy is not working. She says when her daughter started volleyball this fall, it took a week for the athletic department to notify the coach of the girl's condition.

Nanticoke's school solicitor writes that schools are not required to notify coaches of a student athlete's medical conditions and that Nanticoke schools continue to improve student safety.