KINGSTON, Pa. — When you call 911, fearing someone with you is having a heart attack or a stroke, you expect someone to answer right away. But a woman in ... 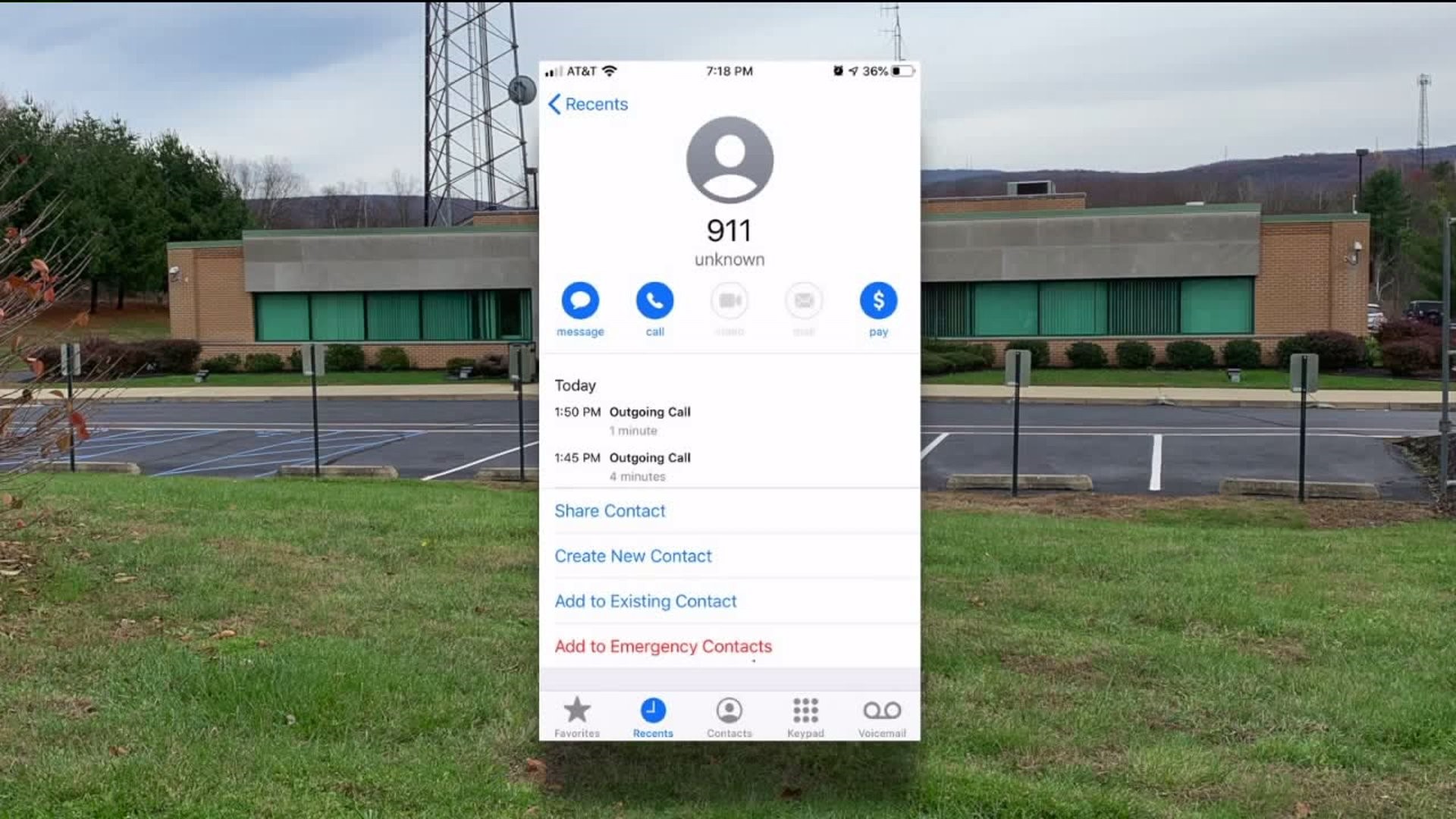 KINGSTON, Pa. -- When you call 911, fearing someone with you is having a heart attack or a stroke, you expect someone to answer right away.

But a woman in Dallas says her emergency calls ended up with dozens of rings, a computer telling her to wait, even a disconnection before she got a live dispatcher on the other end of the phone.

Colleen Engler says a relative appeared to be having a stroke Saturday afternoon near Dallas so Engler dialed 911 in Luzerne County. She expected someone to pick up immediately. Instead, she says she had an agonizing wait.

Engler says one of her relatives became dizzy Saturday afternoon at a home near Dallas. She won't name the relative who wants privacy, but Engler wants people to know how she felt when she dialed the Luzerne County 911 Center and could not get through.

"What were they doing that a human couldn't answer the phone?" Engler asked.

A screenshot from Engler's cell phone reveals what she calls five terrifying minutes. She says her first 911 call at 1:45 p.m. Saturday rang several times before an automated voice answered saying her call would be picked up by the next available dispatcher. She was still waiting four minutes later.

Then Engler says she was disconnected, so she called 911 again. She says after 10 rings and almost a minute on hold, a dispatcher finally answered.

"I was going to lay into him. but I thought, just the facts. Get this relative to safety."

Engler says it took just two minutes for an ambulance to arrive and then take her relative to the hospital.

Luzerne County Manager David Pedri says he's aware of Engler's complaints, and that he and senior 911 staffers will investigate these calls made to the dispatch center Saturday afternoon.

Engler wants to know why she had to wait for more than four minutes.

"No human being at 911 said, 'May I put you on hold?' It was a computer that said, 'Don't hang up.' Computers aren't going to help in a life or death situation," said Engler.

Engler's relative is still being treated at a hospital and may need heart surgery. Engler says she wants to tell her story because she feels that someone should be accountable for what happened on Saturday afternoon.

According to Pedri, Engler's 911 call is the only one he's aware of that was not answered in a timely manner.