WILKES-BARRE TOWNSHIP, Pa. — The Wilkes-Barre/Scranton Penguins hockey team has been a staple of the local sports scene for two decades, but the team̵... 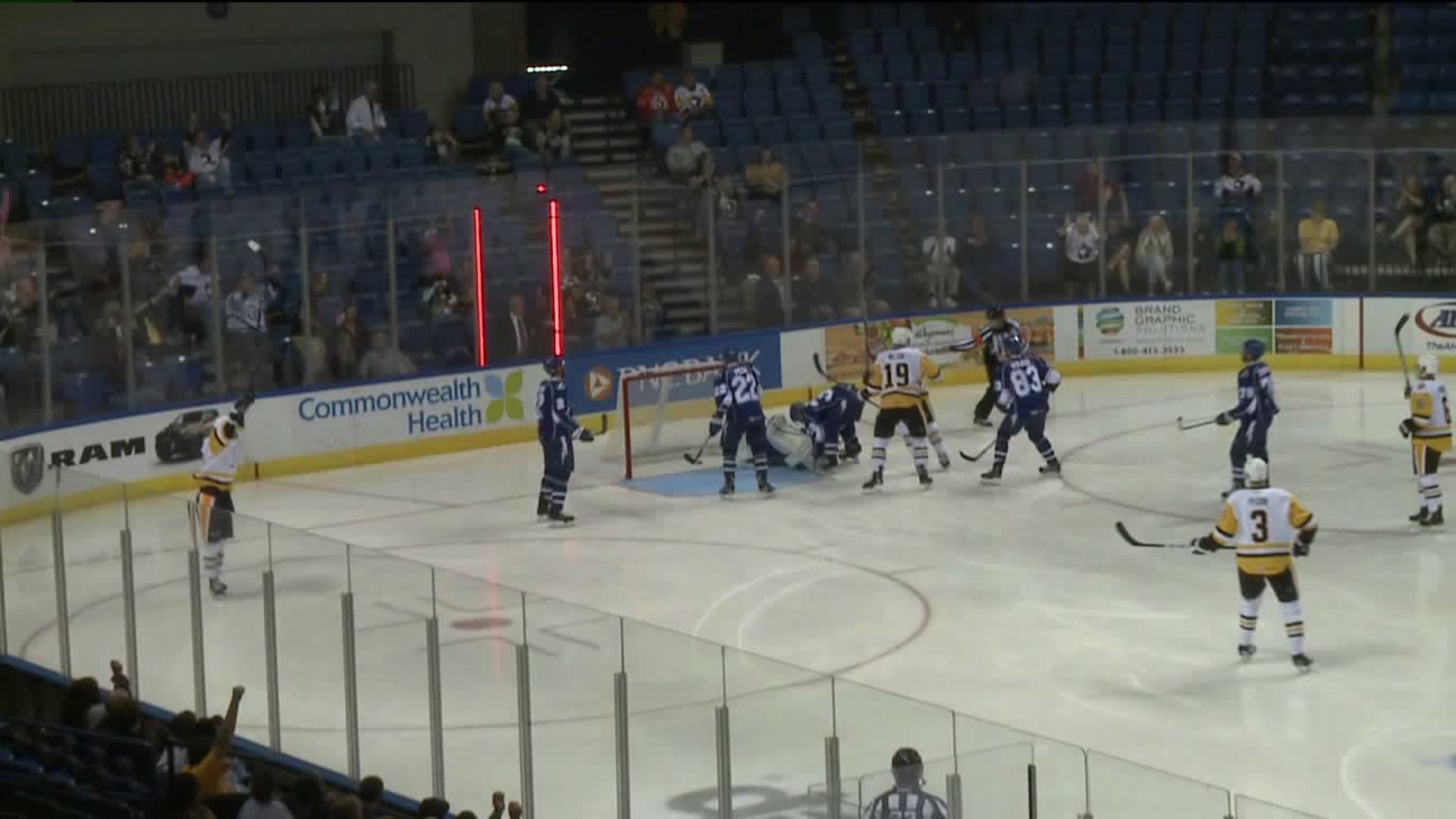 WILKES-BARRE TOWNSHIP, Pa. -- The Wilkes-Barre/Scranton Penguins hockey team has been a staple of the local sports scene for two decades, but the team's 10-year lease at the Mohegan Sun Arena expires in June.

The Mohegan Sun Arena hosts 38 Penguins hockey games every season, not including pre-season and playoff games.

The arena wants a hockey team to call the place home, and the Penguins need a place to play, but despite eight months of negotiations, there is no deal in place to keep the team here.

Jason Gaylord of Exeter worries the Wilkes-Barre/Scranton Penguins could soon pull out of Luzerne County. Such a move would bother his 10-year-old son who skates for the Bantam League Penguins and follows the team.

"I'm concerned because I feel like he's going to start to lose some interest and lose touch with some of the players. He looks forward to seeing when we come right up the road," Gaylord said.

Last season, the Penguins ranked 14th in the 30-team American Hockey League in attendance, drawing an average of more than 5,500 fans per game.

The Wilkes-Barre/Scranton Penguins first hit the ice at the arena in Luzerne County 20 years ago. The team's early days at Mohegan Sun Arena near Wilkes-Barre saw sellouts. Sellouts at the arena are largely a thing of the past now.

The authority is a public board, but members tell Newswatch 16 they signed a confidentiality agreement with the team preventing them from discussing the lease negotiations going on with the Penguins organization.

The CEO of the Wilkes-Barre/Scranton Penguins emailed Newswatch 16 that the two sides are working on, "a long-term deal that is mutually beneficial" and "both sides are making good faith efforts to structure a deal that reflects today's challenges and changing market."

"I never want them to leave," laughed Jen Smith.

Smith, of Wilkes-Barre, says she and her son would the miss the Penguins. The players interact with kids skating at the team's practice rink, the Toyota Sportsplex in Wilkes-Barre.

If talks fall through, Mohegan Sun Arena could try to bring in another minor league hockey team, but fans want the team they've followed for the past 20 years.

"It would just be devastating to lose them," Smith said.

The lease expires at the end of June, but both sides have a reason to wrap up negotiations. Sponsorship deals and season ticket sales for the next hockey season often start in March.