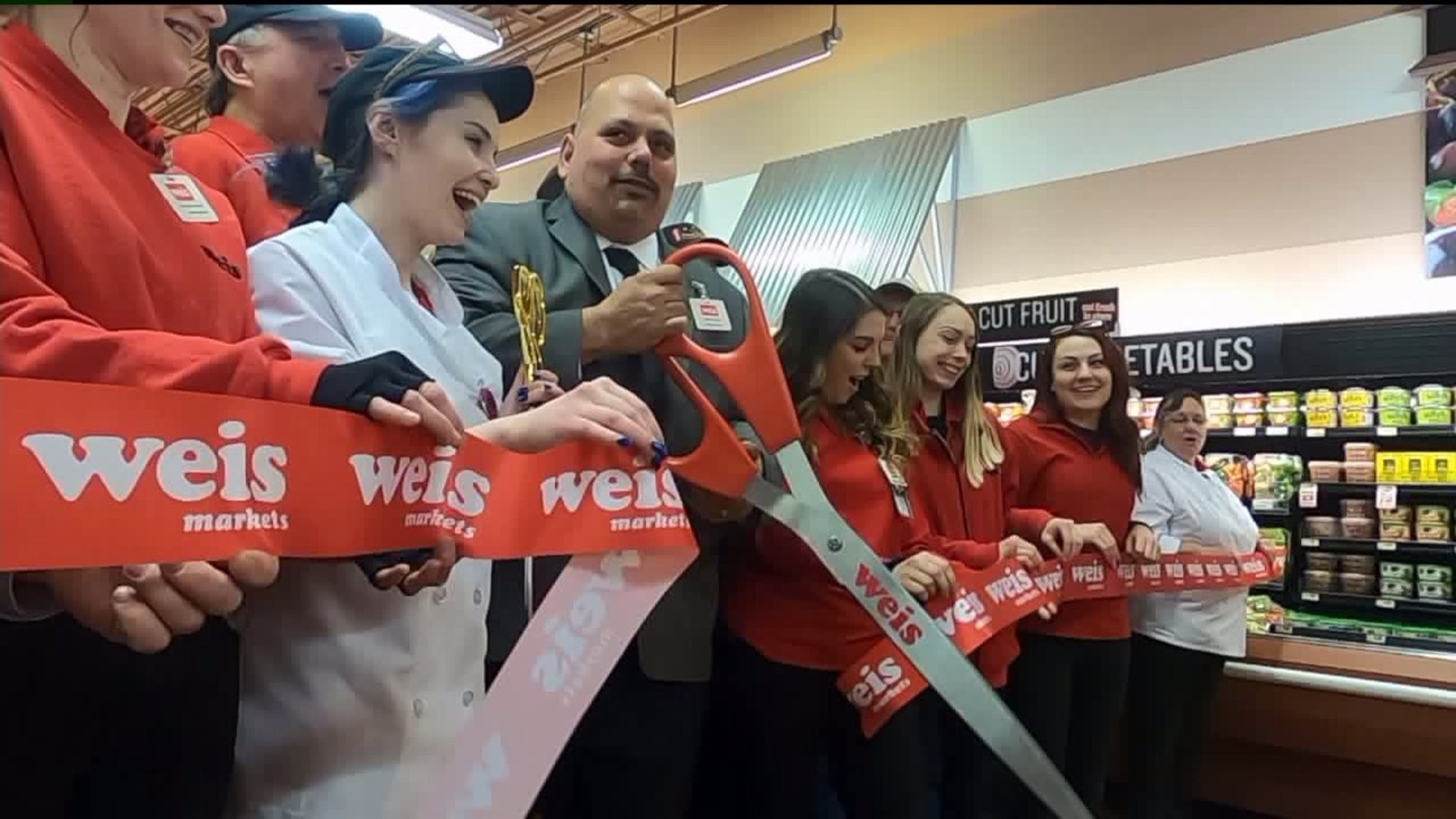 DALLAS TOWNSHIP, Pa. -- A new grocery store opened its doors in Luzerne County's Back Mountain on Thursday. Weis Markets opened a second location in the area.

The shelves are stocked and ready to go inside the new Weis Markets store in Dallas Township and customers are already shopping for their weekend grocery needs.

Weis Markets bought the two Thomas's Foodtown locations in the Back Mountain late last year. The future of the Shavertown location is still up in the air.

Management says the focus was converting the Dallas Township location into a Weis and getting it open.

Shoppers may still see some familiar faces from the old Thomas's

"We probably retained more than half of the Thomas's staff between both locations," said manager Carmine Lupio.

Lupio will manage the new Weis and the Weis location less than a mile down the road in Dallas. Weis says they plan to keep both locations up and running.

"They're so close, but Thomas's did the same thing. They had Shavertown and they had one here," said Susan Klaips.

"We had an opportunity to purchase this building and we purchased the building to relieve the pressure off of the building down there and blend them both together," Lupio explained.

Customers may see things in this store they haven't seen in others, like "The Dollar Zone."

"The first thing you see when you walk into the store is 'The Dollar Zone.' I think it's a wonderful addition. I've already gone through there and bought half a dozen things I didn't think I was going to buy," Klaips said.

The grand opening of the new store wasn't all about Weis. Two nonprofit organizations were awarded some much-needed donations from the grocery store -- the Back Mountain Food Pantry and Blue Chip Animal Rescue.

"It's absolutely a big-ticket item to us because recently we just had two moms that had to be surrendered and they had to have c-sections and that's a huge expense, so this check will go right to that," said Marge Bart,  Blue Chip Animal Rescue.