PITTSTON TOWNSHIP — A new trucking terminal is opening near Pittston, bringing with it a shiny new facility and new jobs. But some who live nearby are con... 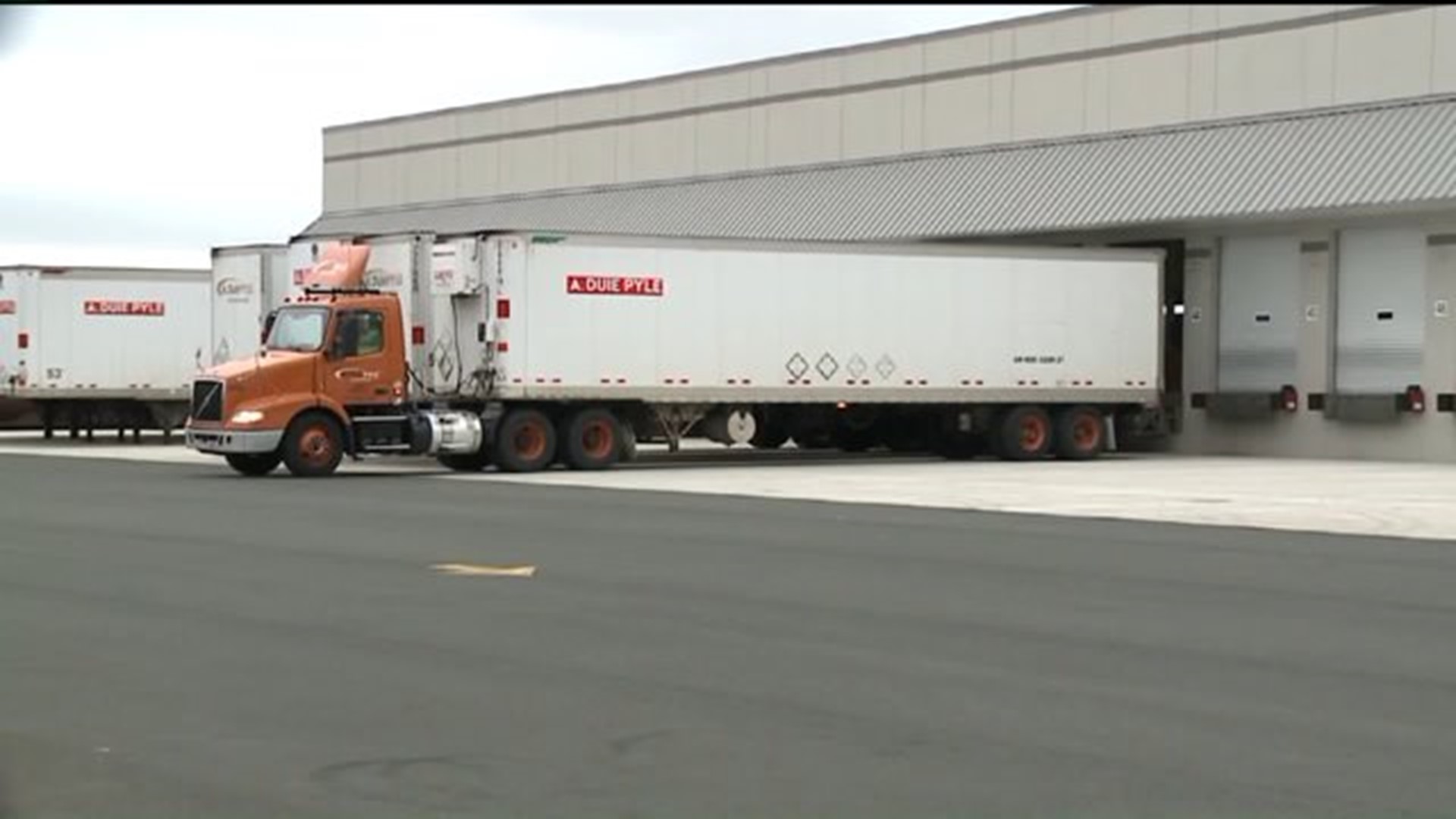 PITTSTON TOWNSHIP -- A new trucking terminal is opening near Pittston, bringing with it a shiny new facility and new jobs.

But some who live nearby are concerned with the facility also adding more traffic to the area's already busy roads.

The $12 million trucking terminal A. Duie Pyle opened near Pittston. It is a state of the art facility, with dozens of docking stations, an auto body shop, and even a truck wash.

“We were down in Wilkes-Barre proper, but we outgrew the facility, added onto it, and we couldn't add on to it anymore,” said Peter Latta, CEO of A. Duie Pyle.

So the company chose to build a new facility, among several others, in the Grimes Industrial Park near Pittston.

The industrial park has hundreds of trucks passing through and on nearby busy roads, like Route 315, all day. And with the added trucks from A. Duie Pyle, some folks are concerned about even more traffic.

Lori Bradley came to Bobby O's in Dupont from Moosic for lunch.

“This morning, we were stuck behind trucks because they were coming in and out,” Bradley said.

“You have trucks coming in left and right. There's a lot of construction going on, but there's still a lot of trucks,” said Dave Williams, who lives in Dupont near Route 315.

But officials are building a new access road near the Wilkes-Barre/Scranton International Airport to help divert commercial traffic off those busy roads. And some folks say they look forward to when it's finished sometime next year.

"I think it'll be nice for the folks down there to have some of the truck traffic eliminated, particularly on the steep hill, because it's rumored you do get some winter around here once in a while,” said Latta.

"I think that's a good thing, yeah, get the trucks in a different place,” Bradley said.

PennDOT expects the road to be finished before summer 2016.