JENKINS TOWNSHIP, Pa. — Many people in Luzerne County may want to celebrate the first day of October by drinking a Pumpkin Ale from the Susquehanna Brewin... 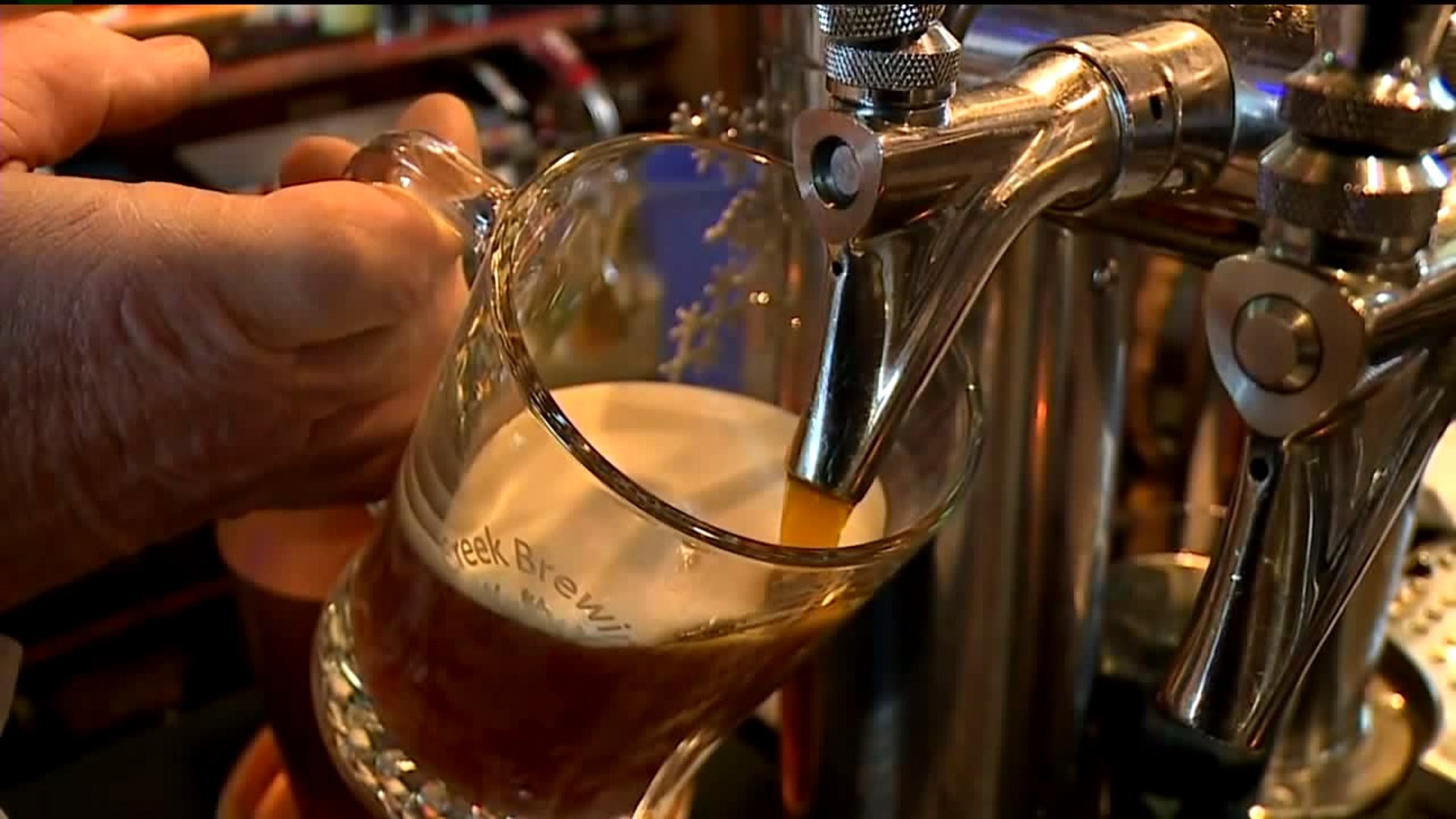 JENKINS TOWNSHIP, Pa. -- Many people in Luzerne County may want to celebrate the first day of October by drinking a Pumpkin Ale from the Susquehanna Brewing Company near Pittston, but Tuesday also marked the first day that the state is implementing a new tax on craft beer.

"Honestly, I think it's equating to a dime a pint, so it's really minimal," said Fred Maier, vice president and co-founder of Susquehanna Brewing Company,

Maier isn't worried. He says it could have been a lot worse.

The original proposal from the state was to implement a 6% sales tax in all taprooms, but the Brewers of Pennsylvania, a nonprofit trade association, fought back.

"This was a great example of compromise. It could have been a lot worse," said Maier.

Maier says that for now, Susquehanna Brewing Company won't be raising its prices. If the brewery does decide to do so down the line, it should only be about a quarter extra for a beer.

"We're evaluating. We haven't raised our price since we opened our tasting room."

The Keystone State has seen a burst of craft breweries in the last decade, jumping from 88 in 2011 to over 350 in 2018 and counting, according to the Brewers Association.

Maier is optimistic that the tax won't hurt the booming business.

"Breweries have been growing because it's fun. Customers are appreciating different beer. I mean really, it's the local movement. People are more into where their products come from. Everybody who comes here knows where their beer's from. They can look outside the window. They know the brewer. They know the people."

So the next time you go to a craft brewery in Pennsylvania, raise a glass to avoiding a major price hike on your favorite craft beer, and maybe bring some extra change, just in case.