WILKES-BARRE, Pa. — A sidewalk project costing more than $1 million has wrapped up in Wilkes-Barre. The construction project was a group effort between Wi... 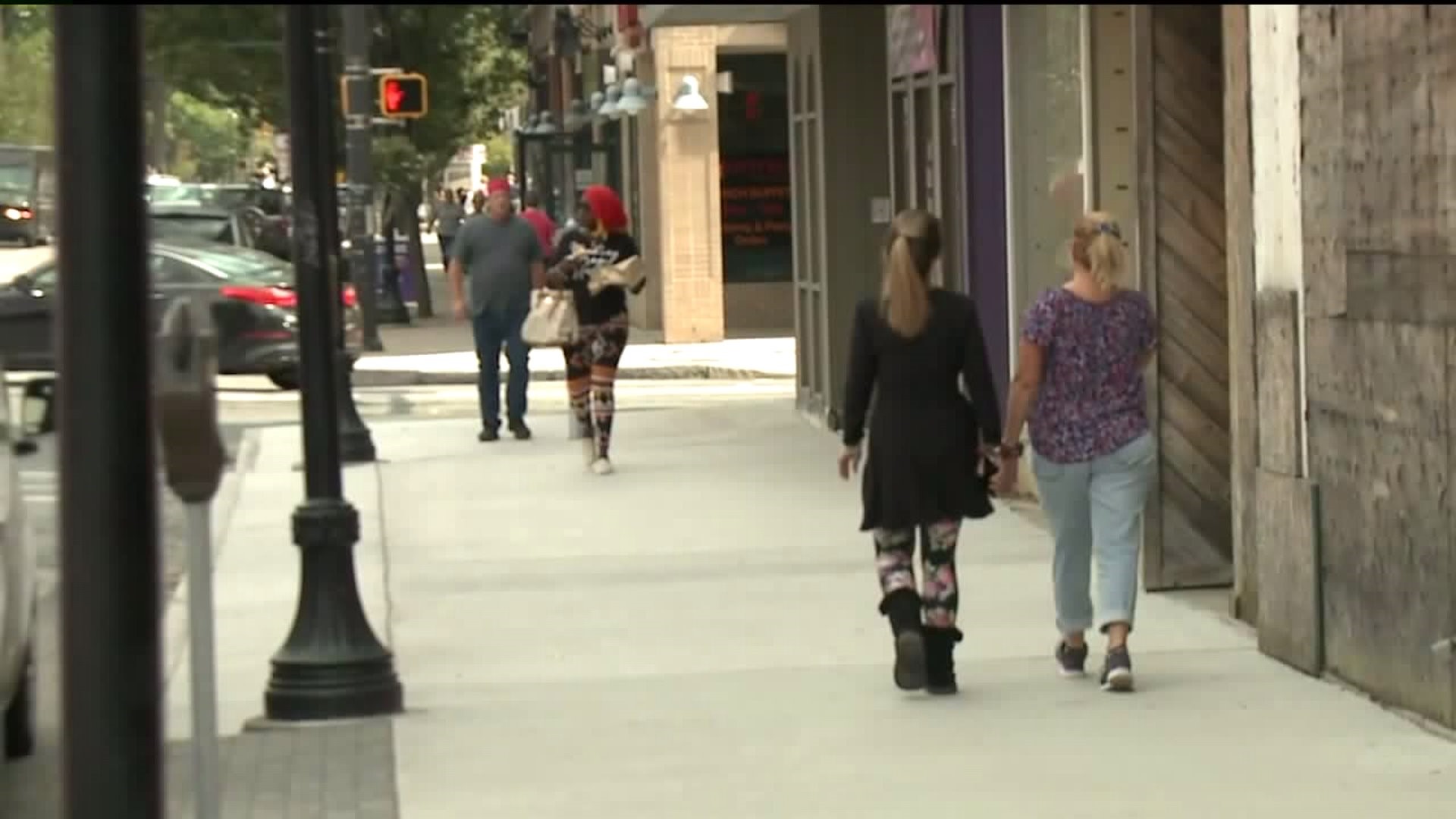 WILKES-BARRE, Pa. -- A sidewalk project costing more than $1 million has wrapped up in Wilkes-Barre. The construction project was a group effort between Wilkes University and PennDOT to make downtown more accessible.

Walking down South Main Street in Wilkes-Barre, you may notice something new -- perhaps a new business or a new tree, but there's something else that spans the whole block: new sidewalks.

"It's a good aesthetic for the town," said Wilkes University junior Dylan O'Connor. It's on the up and up I believe, and it looks like it's coming along."

The upgrade comes from the Transportation Alternatives program administered by PennDOT. This portion of South Main Street cost close to $1.2 million.

"It's awesome. It looks great, has a great feel. It's nice to see the block get revived," said Anthony Ranella at Loyalty Barber Shop.

Wilkes University tells Newswatch 16 these new sidewalks were paid for with federal transportation funds as well as university money in order to make downtown Wilkes-Barre a better experience for everyone.

"When I walk it's like I'm gliding on the sidewalk. Before there was like mismatched layers. Right now, I walk, it's like I'm walking on ice," O'Connor said. "I'm gliding."

New businesses include CDE Exotics who made the move to South Main Street this week from Hanover Township.

"It definitely adds curb appeal. When I reface the building, it will just add that much more to the building, so I mean, it just makes it look cleaner too, I mean that's a big thing in major cities," said Cameron English, CDE Exotics.

Whether folks work or live on South Main Street, they tell Newswatch 16 the private-public partnership that provided the new sidewalks here fills them with a sense of pride.

"Now I feel like this is a sidewalk that I'm proud of, you know? I'm proud to live in the city of Wilkes-Barre because of this sidewalk and other reasons too," O'Connor added.